The Dow Industrials is in a clear uptrend with a fresh 52-week high just last week. Note that this senior Average is hitting these new highs without much help from its second largest component, Goldman Sachs. For reference, the Dow Diamonds (DIA) is up around 13% year-to-date and GS is down around 3.5%. The Dow is a price-weighted average and this means the stock with the highest price carries the most weight. Goldman Sachs has been the biggest component in the Dow most of the year, but Boeing recent overtook it with a big surge in late July. BA is currently around $236 and accounts for 7.36% of the Dow, GS is currently around $230 and accounts for around 7%. 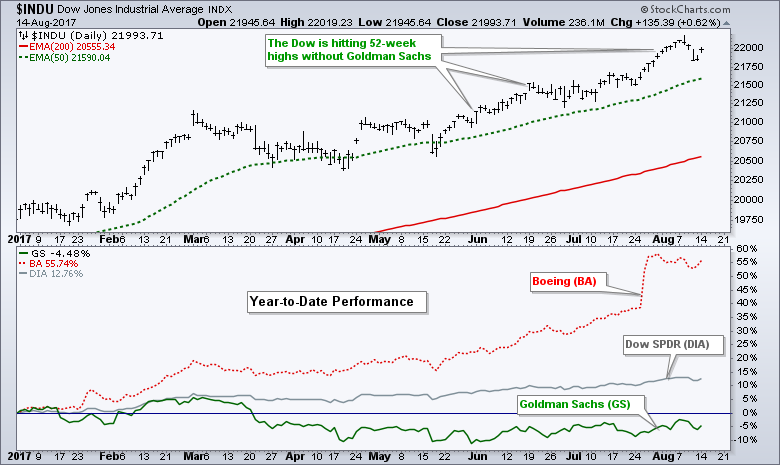 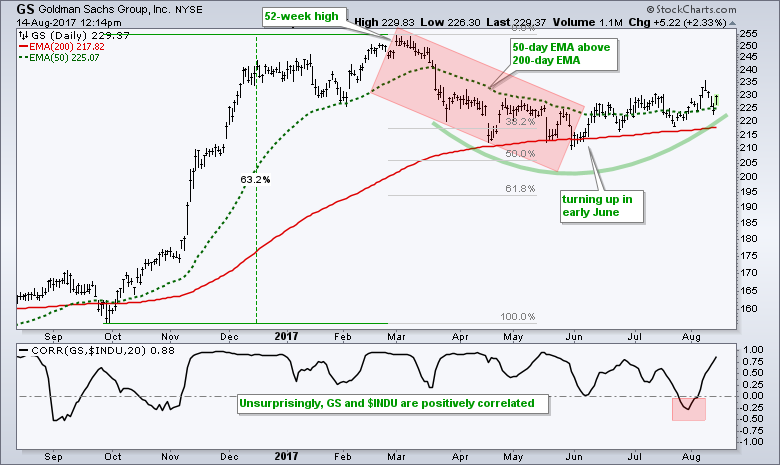 The green parabola marks a slow transition from correction to uptrend as the stock turned up around the 200-day EMA. The 63% advance and 52-week high suggest to me that the long-term trend is up. The upturn over the last few months indicates that the correction for the Dow's second largest component is ending and this suggests that the bigger uptrend is resuming. This is clearly positive for Goldman Sachs and should help the Dow.