Citrix (CTXS), which is part of the Internet ETF (FDN) and Software iShares (IGV), appears to have ended its correction and resumed its long-term uptrend. The stock hit a 52-week high in early 2017 and then declined from May to August. CTXS underperformed the market and its peers during this timeframe, but the decline was a correction within a bigger uptrend. Notice that the move retraced around 61.8% of the prior advance and formed a falling channel. The retracement amount and pattern are typical for corrections. CTXS broke out of the channel with pretty convincing a five week advance. This move looks long-term bullish and a continuation of the bigger uptrend would target a move to new highs in the coming months. 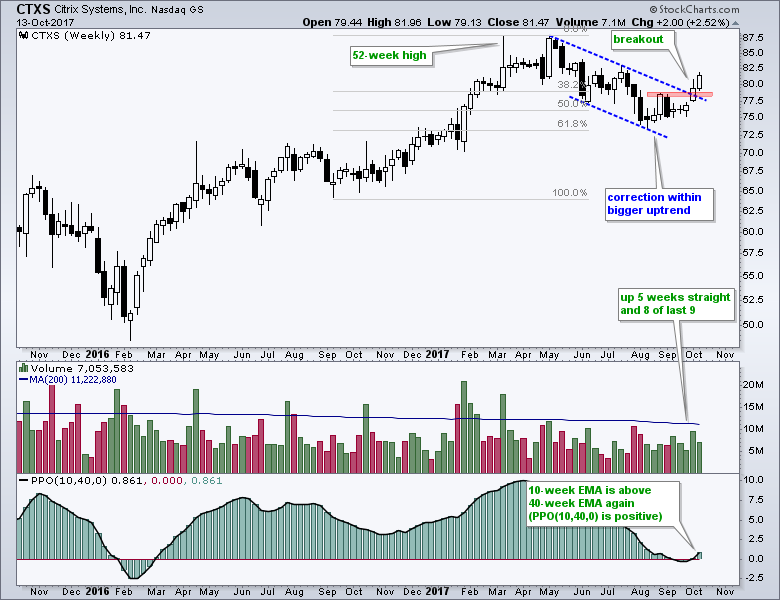