PayChex (PAYX), which has nothing to do with Chex cereal, ended its correction with a three-day surge and wedge breakout. First and foremost, the long-term trend is up as the stock broke out in early October and hit a 52-week high in December. The stock was quite extended after 30% advance and then took a breather with the wedge pullback. 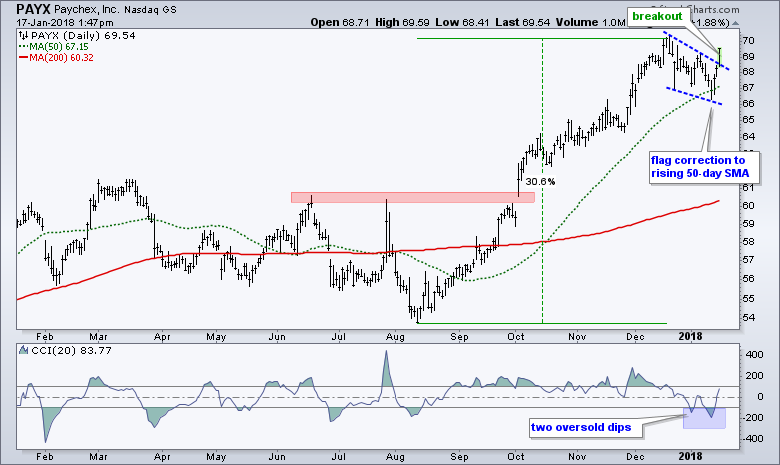 A small wedge after a sharp advance is a correction and this makes it a bullish continuation pattern. Notice how the stock bounced off the rising 50-day SMA last week and continued with the wedge breakout this week. This means the uptrend is resuming and I would expect new highs in the coming days. The indicator window shows the Commodity Channel Index (CCI) dipping into oversold territory twice and then exceeding the intermittent high for a momentum breakout.