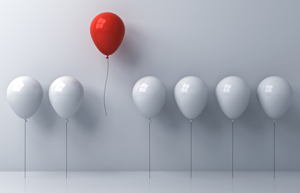 Even though I am currently in the "correction" camp for the broader market, there are clearly pockets of strength in some key groups. The Software iShares (IGV), Cyber Security ETF (HACK), Internet ETF (FDN) and Networking iShares (IGN) are leading the technology rebound and all are close to new highs. In addition, the Bank SPDR (KBE) and Regional Bank SPDR (KRE) are up over 1% so far today and close to new highs.

The chart below shows the Regional Bank SPDR (KRE) retracing around 50% of the November-January advance with a sharp throwback in February. The ETF found support in the middle of the triangle and broke out with a surge last week. John Murphy pointed out last week that KRE was one of the first to retake its 50-day SMA (members only Market Message). 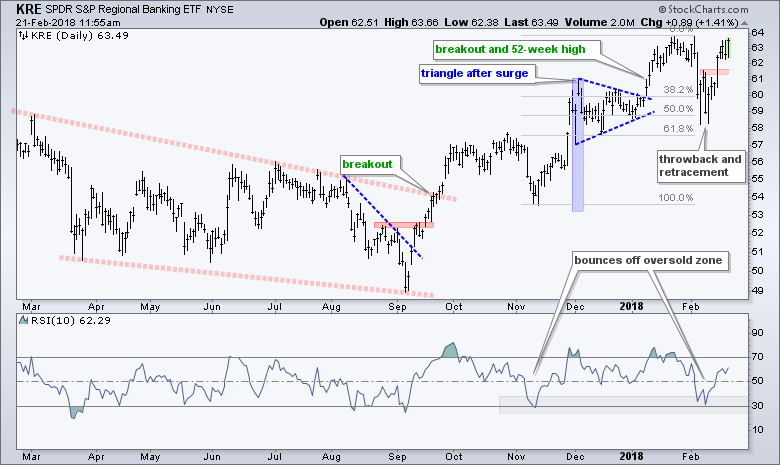 The indicator window shows RSI bouncing off the oversold zone for the second time since the big trend reversal in September. KRE reversed its long-term downtrend with a breakout in September and then provided two more opportunities to partake in the uptrend with the two pullbacks.