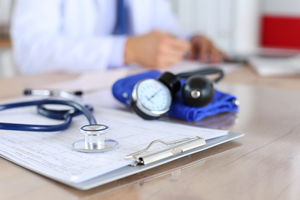 Centene (CNC), which is part of the healthcare sector, sports a steady uptrend over the past year and recently surged towards its 50-day SMA.

The stock fell back in early February and moved below the 50-day SMA. Even though this may seem short-term negative, it is still viewed as a correction within a bigger uptrend. This means the pullback may present more of an opportunity than a threat. 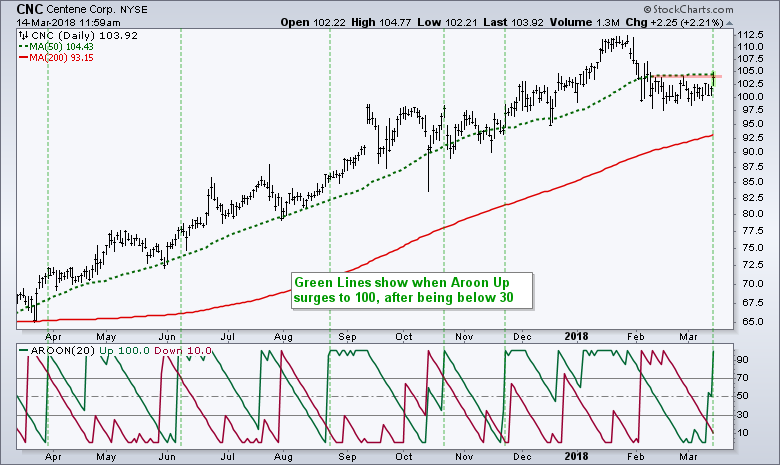 The indicator window shows Aroon Up (green) moving to 100, after being below 30. In fact, notice that both Aroon Up and Aroon Down were below 30 last week. This means there is little directional movement either way. Put another way, it means there is a consolidation on the price chart.

The surge to 100 in Aroon Up indicates that the consolidation could be resolved in favor of the bulls. The green lines show prior instances when both Aroons were below 30 and Aroon Up then surged to 100.