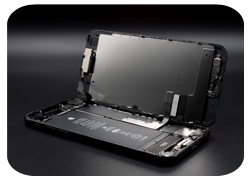 Apple (AAPL) broke out of a pennant formation with a surge on Friday and this breakout could bode well for Qorvo (QRVO) and Skyworks (SKWS).

The first chart shows Qorvo surging over 20% and then stalling with a contracting consolidation. This is a pennant and it is a bullish continuation pattern. A breakout would signal a continuation higher and open the door to new highs. 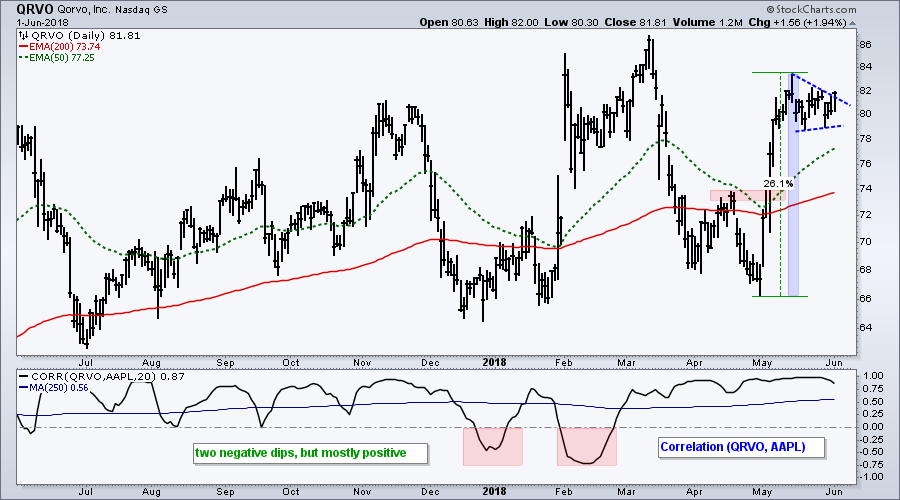 The second chart shows Skyworks (SKWS) with an 18% surge and a small falling flag. The stock broke out of the flag with a surge on Friday and this signals a continuation higher. Chartists can now use the flag lows to mark first support. A close below 98 would call for a re-evaluation. 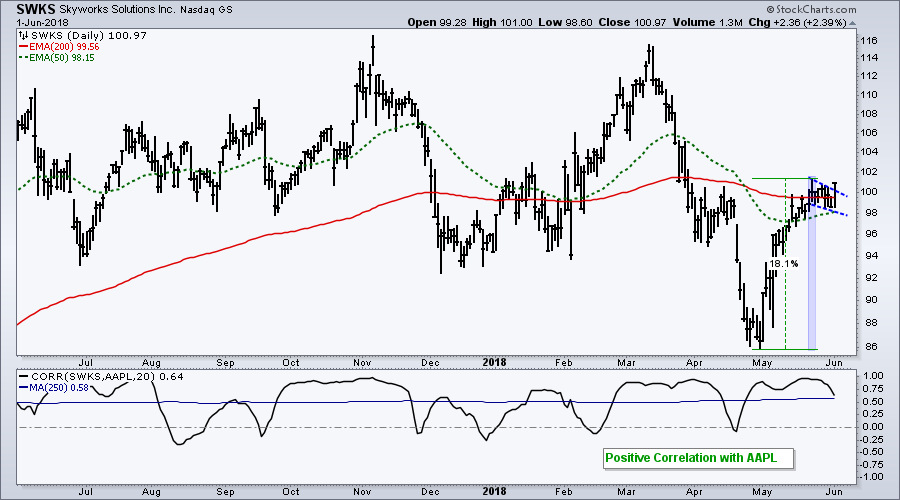 The indicator window shows the Correlation Coefficient spending most of its time in positive territory and the 250-day SMA near +.58.

On Trend - Available to All

Highlights from On Trend for Tuesday, May 29th