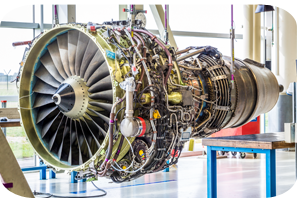 Honeywell (HON) kicked off earnings season for the big industrial stocks last week and surged on high volume. The stock is already in a long-term uptrend and the correction in the first half of 2018 appears to be ending. 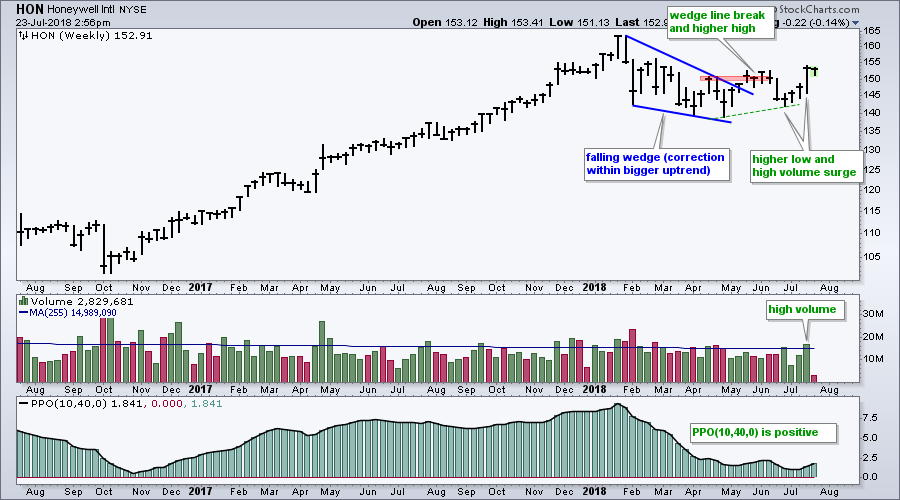 After hitting a 52-week high, the stock corrected with a falling wedge and decline to the 140 area (blue lines). Note that falling wedge patterns are typical for corrections within a bigger uptrend. HON broke the wedge line and exceeded the March high in May, but fell back below 145 in June (green dashed line).

Despite this setback, the stock held above the April low and surged above 150 with high volume last week. Notice that volume was the highest since mid April. HON also exceeded its spring highs and it looks like the 2018 correction has ended. Put another way, this suggests that the bigger uptrend is resuming and new highs are expected in the coming weeks or months.

Note that I featured the Industrials SPDR (XLI) and the Financials SPDR (XLF) in ChartWatchers this weekend. Both were laggards from January to June, but tuned into leaders in July.