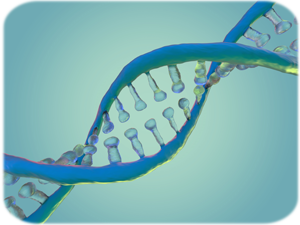 Regeneron (REGN), a large-cap biotech stock, is part of the Health Care SPDR (XLV) and a top ten holding in the Biotech iShares (IBB), Both ETFs hit 52-week highs recently and show upside leadership. The stock is lagging in the 52-week high category, but the long-term trend is up and the stock is breaking out of a flag formation.

First, the long-term trend is up because the stock broke the March highs with a 39% advance from May to August. Second, the 50-day EMA is above the 200-day EMA and price is above both EMAs.

After breaking the red resistance zone in early July, the stock established support in the 360 area over the last few months. Even after a gap down in early August, the stock held this support zone and moved above the early August high. The stock has since corrected with a falling flag of sorts and is edging above the trend line as I write (Monday morning, September 24th). 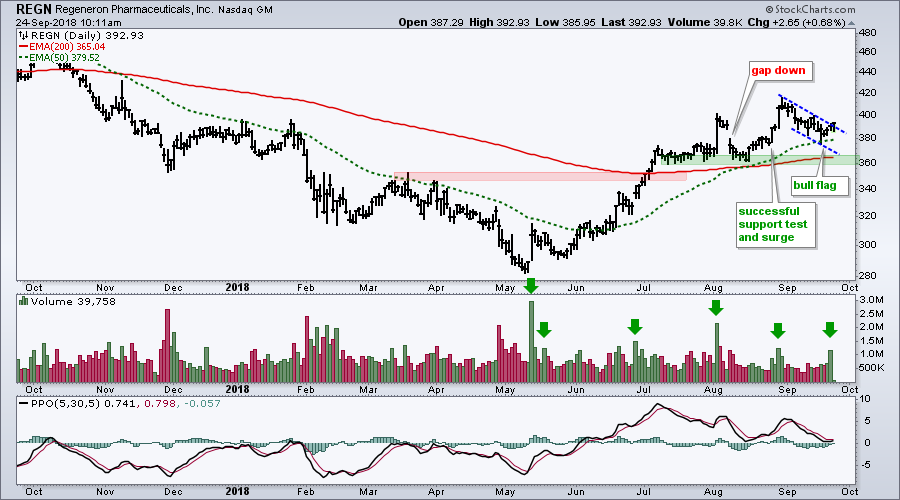 The indicator windows show upside volume increasing over the last few months and the PPO turning up. Note the advance began in mid May with a surge in upside volume and upside volume has largely outpaced downside volume the last four months. The PPO (5,30,5) flattened out just above the zero line and remains just below its signal line. A bullish signal line crossover would confirm the upturn on the price chart.