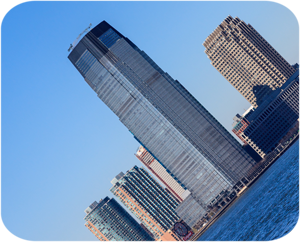 Goldman Sachs is the premier investment bank and a key component of the Financials SPDR (XLF), as well as the Broker-Dealer iShares (IAI). The stock has struggled since March and lagged the market for over six months now. While the S&P 500 moved to a new high in September, Goldman remained below its 40-week moving average and did not come close to its March high. As with this image of their building in New Jersey, something is amiss on this chart. 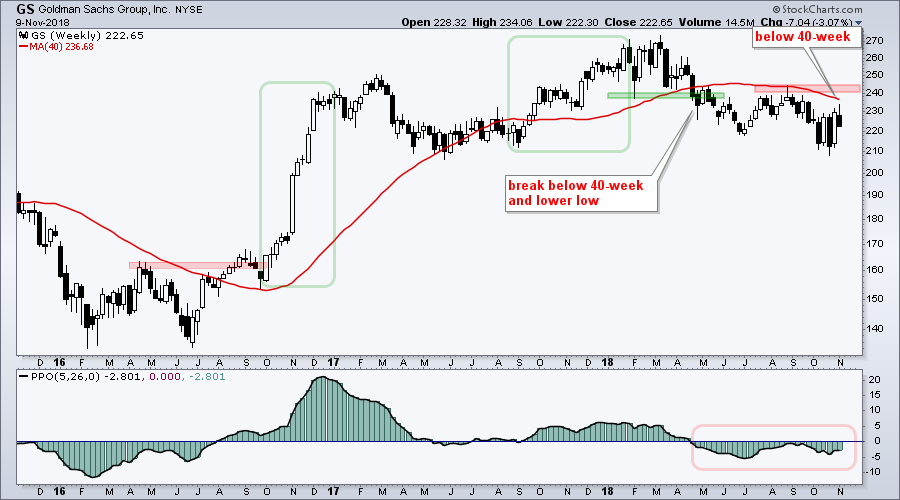 The stock did form two long white candlesticks with large weekly bounces over the last five weeks. However, we have yet to see follow through to these one-week wonders. Look for a break above 40-week SMA for the first sign that Goldman is trying to turn the corner.