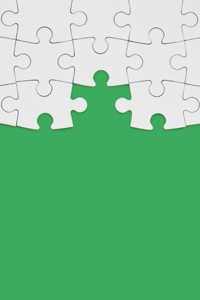 The Financials SPDR (XLF) formed a piercing pattern because the weekly open was below the prior close and the weekly close was above the mid-point of the prior candlestick body (open-close range).  The bears were in control at the start of the week because prices initially moved lower. The bulls took over and gained control by the end of the week as prices moved higher after a weak start. 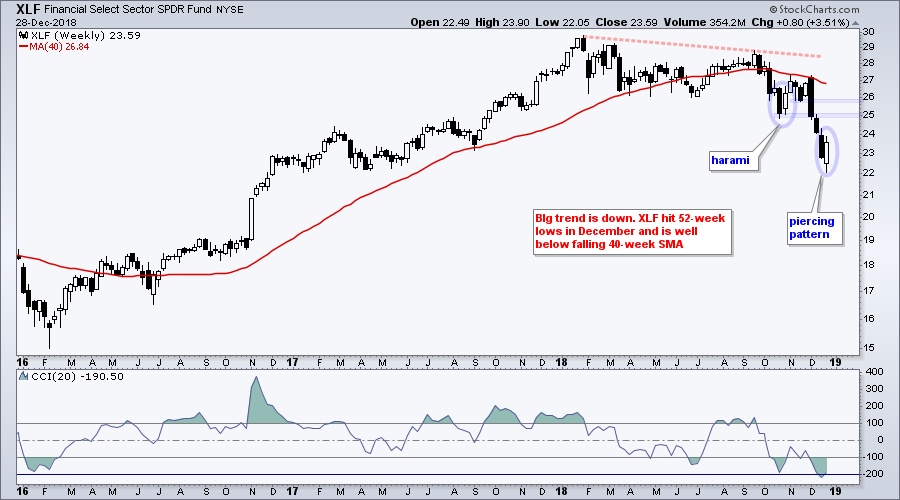 XLF also became oversold as the Commodity Channel Index (CCI) moved below -200 for the first time in over three years. The combination of a piercing pattern and oversold reading could give way to a bounce. There are broken lows in the 25 and 26 area, and a bounce back to the the 25-26 zone is possible.

Note that there were four weekly piercing patterns in the sector SPDRs last week (XLB, XLF, XLV and XLY). The other seven sector SPDRs did not manage to close above the mid-point of the prior week's candlestick. This suggests that these four sectors had the strongest bounces. StockCharts members can use the scan code below to find piercing patterns or bullish engulfings.

Available to all, On Trend can be see on StockChartsTV on Tuesdays and Thursdays at 10:30AM ET. Shows are then archived on our Youtube channel. The first video provides a preview of what to watch as we head into 2019. Note that this is NOT a forecast. The second video is a review of the big technical events in 2018. There were few gainers in 2018 and lots of losers. In addition, several key groups moved from 52-week highs to 52-week lows in just a few months.