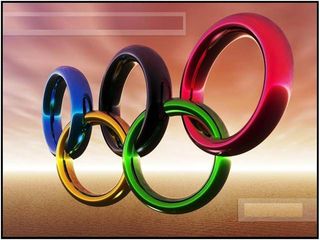 I’ve been teaching college extension classes for over ten years, and I invariably see a disproportionate percentage of new investors being drawn to investing because they envision themselves as lone wolves and believe the markets provide an arena where they can fly solo and succeed. Nothing could be further from the truth.

It takes a village to raise a child. If you are a parent, you know this to be true. It takes a community to produce an Olympic athlete.  Any Olympian will attest to this.  It takes a support network to produce a successful investor. Unfortunately, many investors spend years fighting this reality —to the detriment of their trading. They believe denial is merely a town in Australia.

The fact is that there exist powerful parallels between investing and athletics. It would benefit those lone wolves immensely if they would just begin thinking about investing as an Olympic sport.  One of my closest friends has been the prison chaplain in Eugene, Oregon for decades. Eugene is often referred to as “ Tracktown USA”, and it has earned this name for good reason. I just returned home after a four-day visit there with my friend, Dan, and witnessed some stellar competitions at the Olympic Track and Field Trials. The USA team’s moniker is “ the hardest team in the world to make.” The Trials are all about competition – just like the stock market.

I’ve been visiting Dan and going to track meets in Eugene for four decades, so naturally we spent hours discussing how we’ve both grown over the years in our respective careers. We talked about the changes in our priorities and our families and, of course, we marveled at how and why athletes today can jump higher, throw farther and run so much faster than years ago. Here’s where the powerful parallels align.  As we talked about the extensive support network that these Olympic-caliber athletes require, I realized that each point we checked off had a similar and corresponding analogy in my trading world.

As the Olympic Trials wound down, Dan and I revisited a lifetime of memories and discussed how our respective lives and respective worlds have evolved and been influenced by so much around us.  This year, we didn’t solve all the problems of the world but we agreed that he’s a better chaplain and I’m a better investor for it. We’ll do it again next year.