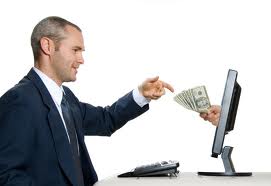 Knowing how top salespeople convert suspects into prospects into clients yields powerful insights as to how top investors convert equity ideas into portfolio candidates and finally into profitable trades. An investor’s winning trading plan includes money management rules that accommodate both right and wrong scenarios. The plan includes a sound protective stops-strategy that addresses right and wrong scenarios. The reason winning trading plans blend both elements is to operate in harmony with the laws of probability. Top traders and top salespeople universally embrace these laws because they are objective. They know that when results become statistically predictable, they can be replicated more easily.

Let’s use “Frank” as a hypothetical example. He works for the franchisor, Subway sandwich shops, selling Subway franchises to budding entrepreneurs who can afford to invest something north of $100,000 to start a new business. Frank knows that if he intends to sell one Subway franchise, he must start with many hundreds of potential franchisees. The hundreds of phone calls Frank will make to entrepreneurs may yield perhaps 75 first-stage follow up meetings that will then lead to fewer second and third stage meetings. Frank’s effort gets predictably winnowed down until it culminates in closing the successful sale of one new Subway franchise.

It’s a predictable numbers game and statistical exercise occurring in accordance with the laws of probability for the salesman and trader alike. The more experienced the franchise salesman becomes, the higher the quality of his prospects pool – thereby yielding a higher probability that those potential clients will eventually buy a Subway franchise. The better a salesperson Frank becomes, the more he understands where to allocate his precious time. The stronger and more focused his sales routines become, the more likely he will be to take qualified prospects through a structured series of second and third stage sales events. By doing so, he will have a greater likelihood of converting a regular and predictable number of these into new franchisees.  Predictably, he earns more sales commissions as his selling system becomes more refined over time.

Similarly, a stock trader earns predictably more as his or her trading plan becomes more refined.  Frank the franchise salesman knows that the advantages and payoffs of diligently following his sales system are many. In his world, franchise laws are very rigid and if he rushes a prospect or skips over a stage, the legal consequences can be serious. For a trader, severe financial consequences can result from skipping a stage or routine in his or her trading plan. Our salesman also knows that if he follows his sales routine explicitly, he’ll have the highest possible probability of selling a franchise.  Similarly for a trader, having the discipline to follow his or her trading plan diligently results in a higher percentage of winning trades.

For Frank, a potential client that doesn’t result in a sale has a specific predictability. He expends time and energy on the effort, but that’s just his cost of doing business. He knows he must move on physically and emotionally. He does not waste all day with a potential customer who he ascertains will not buy a franchise. The laws of probability require him to remove himself from any low probability sales situation as soon as possible so he can focus on winning his next successful sale.  Frank understands that by moving on, the laws of probability assure that he’ll move one step closer to his next franchise sale.

Consider the top trader. He risks time, capital and energy in much the same way our salesman risks time, money and energy on a potential client. The trader can’t dwell on losers – that wastes time, capital and energy. He must deliberately move on so he can instead focus attention on his next winning trade. Both the salesman and the trader aspire to follow their respective systems in pursuit of profits. They both remain positively motivated because they acknowledge and embrace the laws of probability.

Experienced traders know what a high probability trade looks like. They cut their loses quickly if an equity fails to behave like a winner.  Experienced traders follow their trading plans with discipline, subscribe to the laws of probability and emotionally know that any loss simply moves them one step closer to the next big winning trade. For these reasons, it is not surprising that many of the top traders on Wall Street have come from the sales community.

Bottomline:  As you develop your own investment strategies, you would do well to incorporate some of Frank’s skills into your own trading methodology.