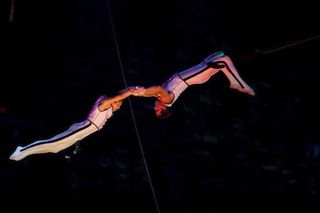 If you don’t believe in yourself as an investor and have absolute faith in your methodology, trading the markets will be like trying to nail Jello to the wall.

We use to joke that my high school buddy, Brian Maxwell, was a force of nature – so much so that the weather would follow him wherever he went.  In truth, it was his beliefs that fueled his behavior. Brian was a world-class marathon runner. When he created PowerBar, he believed beyond the shadow of a doubt that its formulation would allow him to break through the inevitable 21-mile wall that all runners hit in a marathon race.  His absolute belief in his PowerBar formulation allowed him to aggressively run to 21 miles knowing he would blast through “the wall”.  The faith he had in his methodology facilitated his near-evangelical zeal as he pedaled PowerBars out of his van at numerous race events.  His beliefs resulted in the building of a 300-person company that he eventually sold to Nestle for $375 million.

Ask yourself this:  what do you believe?

Similar to my friend Brian, I know that my beliefs in four crucial areas determine how my trading profits will stack up at the end of the year.  These are the four “touchstones” I ask myself each week:

In embracing these four beliefs, I see myself as part trapeze artist and part quarterback.  As a trapeze artist, I am able to let go of the bar trusting that a partner will be there to catch me; as quarterback, I throw the ball to X believing that the receiver will be where he should be.  My beliefs become my trading partners.

In my experience, it’s been uncanny how my beliefs and my ability to envision certain outcomes – both athletically and professionally – have contributed to events  becoming reality.

Bottomline: As an investor, you must be intimately in tune with your beliefs at all times and be aware of those symptoms that might suggest your beliefs are drifting off course.  Understanding your own beliefs about investing will empower you to produce consistent profits in a manner no other personal attribute can do.