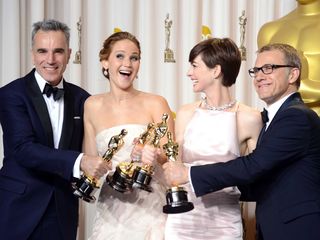 Warren Buffett’s partner, Charles Munger, once said “All I want to know is where I’m going to die so I’ll never go there.”  There’s a parallel here with stocks.  The year in which certain equities top the performance charts more often than not precedes the year in which they die.

On an annual basis, the press touts the year’s top performing asset category.  It’s nearly always a given that it will be different category than the year before.  The fact is that parabolic runs do not last.  Just refer back to the Internet or housing bubbles for many examples of this.  This is somewhat equivalent to retailers’ “bait and switch” strategies.   Retailers advertise a door buster price bargain but it turns out to be limited to only a few products for the early bird.  Those customers coming afterwards find only a more expensive alternative available – hence, the switch.  Last year’s winning equities seldom translate into winning trades this year.

It’s akin to investing in a drug called “hopeium”.  As an investor, I can’t lie.  It’s nice to earn a door buster trade occasionally, but as an ongoing trading methodology, I’ve never met a top performing trader who was consistent and successful over the long term adopting this “bumper car” approach of chasing last year’s new new thing.  Buying an equity breaking out from a basing pattern of accumulation is one thing, but chasing an equity after a parabolic run is a low probability trade.  There may be hedge funds with large staffs and superior research that can make money in this fashion, but I’m writing this as an individual trader for individual investors.

My intention is not to put you asleep with clichés but to blend two into one: “you have to know what you know” and “stick to the knitting”.  In other words, embracing your own individual methodology, believing in it enough to trade it, and then applying it consistently over the years is the strategy of top performing traders.