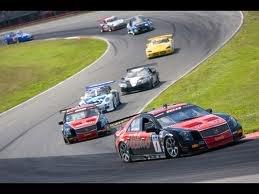 I just spent a couple of days in Utah at Ford’s Performance Racing School being tutored by four highly accomplished professional race car drivers.  I enjoyed the role reversal – the teacher becomes the student.  In the introductory classroom session, I asked what seemed on the surfaced to be a frivolous question – I polled each instructor and asked them to share their favorite racing cliché.

There exist many definitions of a cliché .  Some claim a cliché is an expression or idea which has become overused to the point of being trite.  I believe, on the other hand, that it’s not just something that lots of people say but that it actually conveys some sort of idea, reality or truth.

I find myself sharing clichés with beginner investors because they can actually convey a simple memorable truth in a nutshell.  It’s like an elevator investment class.  People will ask me to take 30 seconds and tell them the key essentials about investing.  Okay, here’s my 30-second reply:

You get the idea. I actually have my own personal list of investment clichés that I maintain because these hard-fought lessons have been part of my own investment history and I don’t ever want to lose sight of their simple truths.

The fact is that clichés exist in every industry. I have mine.  Your vocation no doubt has its own.  Even Warren Buffett has his favorite clichés, such as “buy the rumor”, “sell the news” and “I only buy what I can understand.”

Returning to the introductory racing school class and my request that each instructor tell us his favorite cliché.  My purpose was that these four kernels of truth could help guide me throughout the couple of days that I’d be strapped into a Ford FR500S racing car.  My thinking was that it was highly unlikely I would be capable of remembering more than four truths as I hurdled into a 90-degree turn at 125 mph.  As it turned out, on some curves and turns of the track, I was lucky to recall even one!  The four racing pros gave me these nuggets:

All good stuff, especially if you want to stay alive at ludicrous speeds on a track with eleven other wackos like yourself.  I was once again reminded of the parallels between professional traders and race car drivers.  The bottom line is that if you look for it, similar excellence runs parallel amongst many vocations.  For example, a pro racer will tell you that the fastest driver will be the smoothest driver.  Have you ever executed certain profitable trades that felt unusually effortless?  I submit to you that both examples are one and the same, and both require dedicated preparation and execution.

I’ve written and spoken often about the importance of devising routines and following your investment roadmap.  And that’s exactly what the professional race car drivers had me do.  I was given a map of the entire 3-mile track and all its 23 turns.  After hours of class time, ride-alongs, follow-and-drive sessions, and dozens of practice laps, I had annotated every gear change, braking marker, apex and acceleration on my roadmap for every turn and all 3 miles.

By the last day, I had it nailed and I was scary fast.  I drove it with smooth instructive reflexes.  It was special.  The only fly in the ointment was that darned demon of undisciplined focus.  The pro racers could do lap after lap without losing their concentration.  As a novice racer, this was my Achilles heel.  If this all sounds like investing, it should.