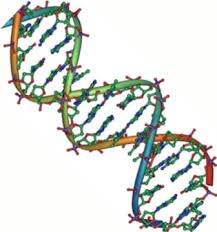 Over 20 years ago, I had a pivotal year as an investor with a seismic shift in my performance.  Some might call it a personal passage or a transmutation.  In reality, it was more like an impeccable conversion or DNA transfusion.

You see, I was a numbers guy.  I would live and die, emotionally speaking, by the profits and losses generated by my investing.  I was young.  I was aggressive.  I was batting for the fences and hitting a good number of home runs.  By anyone’s standards, the performance results were commendable.  Profits were not the issue here – but of more importance was my potential emotional longevity as an investor trader.  The pressure of hitting home runs was wearing me down.

As I revisit my old Trading Journal, a number of vital insights emerge which I deem responsible for this cataclysmic shift.  Just prior to becoming the president of the Technical Securities Analysts Association, I had the good fortune of having dinner with a highly successful and very famous senior trader.  The day after our meal together, I wrote in my journal about how overwhelmed I was by the personal equilibrium he exuded.   A little like Coach Phil Jackson who they refer to as the “Zen master”.

This gentleman no longer invested other people’s money.  Judging by his suit, cars and multiple houses, he clearly did not have to trade equities for a living, yet he was still as passionate as I was about investing.  What was his secret?  I was blessed that he shared a number of profound observations that have stayed with me all these years.  First, he said that human nature is a powerful force and that the way we are wired as individuals renders us susceptible to the misdirection of Wall Street and our natural tendencies to do the wrong thing at the wrong time. Metaphorically, investors must get re-wired so as to be less susceptible and negate the influence of the market’s misdirection and their own inclinations.

He told me that if I were sitting across from his desk during the trading day, it would be unlikely that I could accurately guess whether his last executed trade generated a $10,000 profit or a $10,000 loss.  Herein lies my Eureka moment.  He was neither focused nor pressured by the profits and losses.  He was solely focused on whether or not he was executing his methodology appropriately for the living-and-breathing market presented to him at that point in time.  He also counseled me to allocate more time to the big picture of asset allocation.  Dealing with large baskets of equities is both less stressful and a high-leveraged activity.  At your next cocktail party, it may not be as sexy to talk about some hot asset sector as it would be to talk about a breakout stock in the news, but at the end of the year, the big payouts come from being in the right baskets.

In my journal, I kept returning to the fact that he never directly focused or worried about the profits and losses on individual trades.  As he explained, investment campaigns should be measured by the metrics of consistency and execution – not by profits.  The mystery of it all is that consistent executions result in consistent profits.  Read this line twice.  Once I realized this and embraced it, my trading was never the same.

I don’t mean to claim that I’ve become a Zen master, but for the most part, I did shed the monster of human nature and my obsession for hitting home runs.  I became vigilant of heeding my routines and my methodology, and like a magician’s purposeful misdirection, I became mindful of those times I was inevitably distracted by profits and the market’s intentional attempts at misdirection.  I discovered that being a consistent base hitter is not only more rewarding financially, but it has contributed in large measure to my emotional longevity as an investor.  Not an insignificant feat in this arena of gladiators.