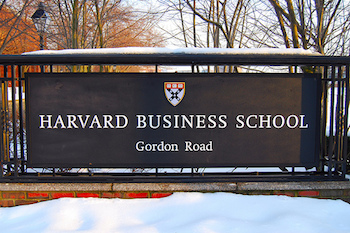 The Harvard Business Review (November, 2014) just published its list of the Best Performing CEOs.  This list should interest investors since these top 50 CEOs have been undeniably effective in delivering total shareholder returns which averaged 1,350% while on the job.  That translates into a 26.2% annual return!

One classic example of why investors should hitch their wagons to these “best” CEOs, such as Warren Buffett at Berkshire Hathaway (BRK/A), is that those investors who did so have been rewarded with a 950% return over the past 20 years.

From my experience in Silicon Valley, these individuals are obviously talented and driven with a very high bandwidth, are just as often somewhat quirky.  Their shareholder letters can make for interesting reading as they reveal their key business principles and management styles.

Common to most of this group (and unlike many short-term focused CEOs) is that they focus on the long term and possess a powerful strategic vision as to implementation.  Another common denominator is that their companies connect effectively with customers, employees and the communities where they operate.  Interestingly, about a quarter of them are MBAs and a quarter are engineers by training.  That is all fundamentally good and academically interesting, but as an investor, I believe performance is paramount.

The key point of this blog is that the Harvard Business Review article highlights the top CEOs who run great companies, but you’ll need technical analysis to separate the great companies from the great investments.  In my book, it’s only a great company if the stock I own appreciates in value.

There are a number of CEOs on this list who only achieve two out of three.  I’m looking for a great CEO, a great company and a great stock chart.  I demand three out of three.   That being the caveat, it was easy to sift through the stock charts of all these CEOs’ companies and find the 3-for-3 players.

I would encourage both fundamental and technical investors to make the effort and review these charts to prove to themselves the power of blending both disciplines.  I’ll share half a dozen companies that interest me with the disclaimer that I own or have owned a number of these equities. The average performance gain of these six stocks over the past three years ranges from 200% appreciation up to 425%. 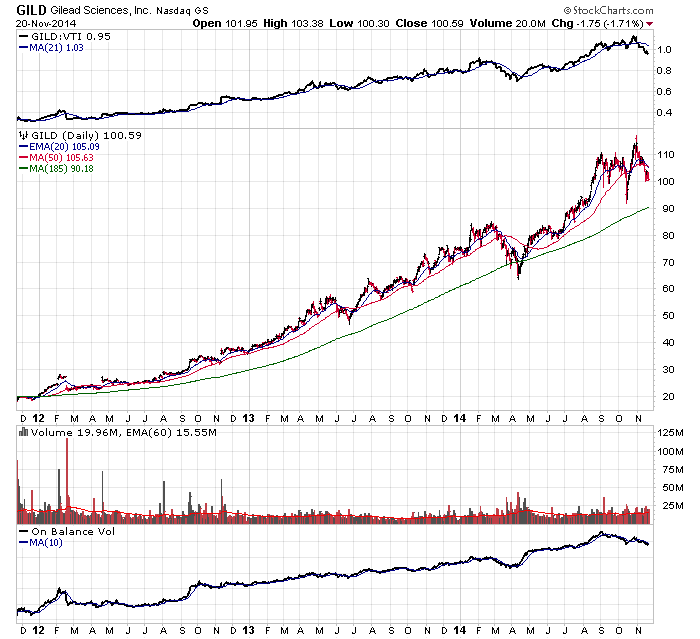 2.    Reed Hastings, CEO of Netflix (NFLX),  +350% gain.   I’m very familiar with this ex-Marine who also has a masters degree from Stanford.   He started Pure Software, which he took public in 1995, and then was chased by venture capitalists who wanted to give him money for whatever his next business venture might be.  He started Netflix in 1997, and the rest is history.  A guy like this is recognized by his peers as exceptional on many fronts.  He was on the board of Microsoft until 2012 and he is still on the Facebook board.  Brilliant guy, but to you fundamentalists, I submit that you best use a chart when investing in his volatile stock. 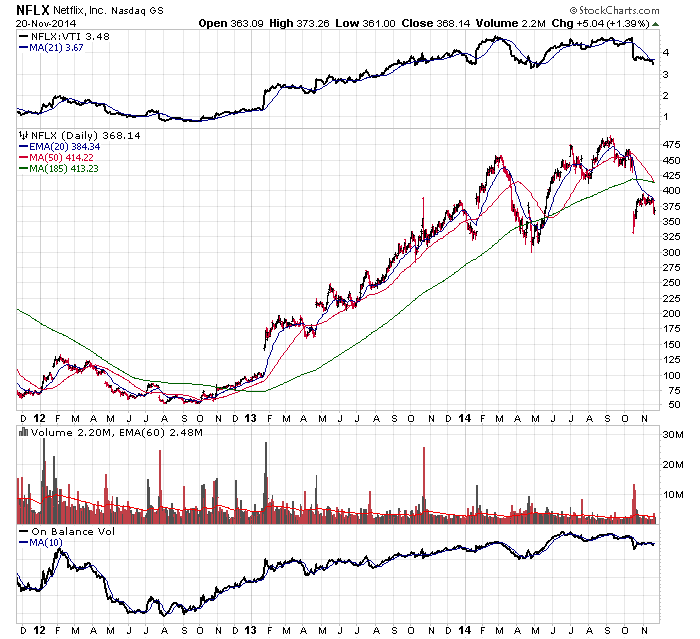 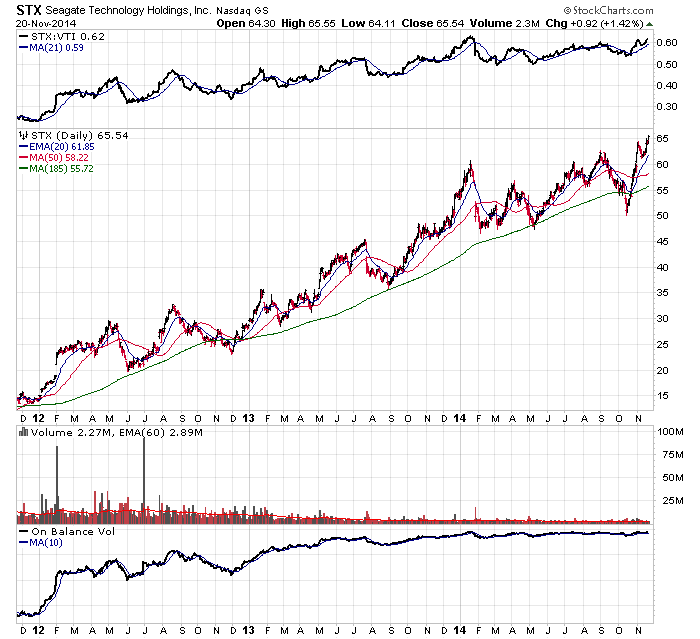 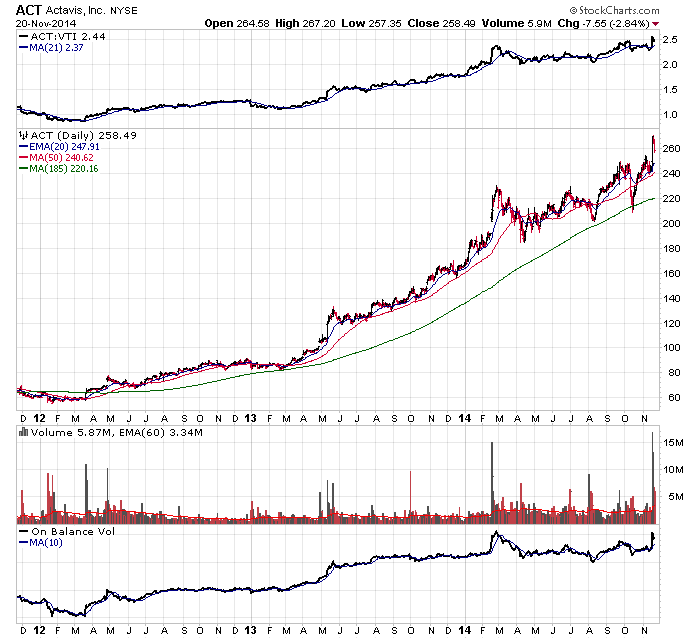 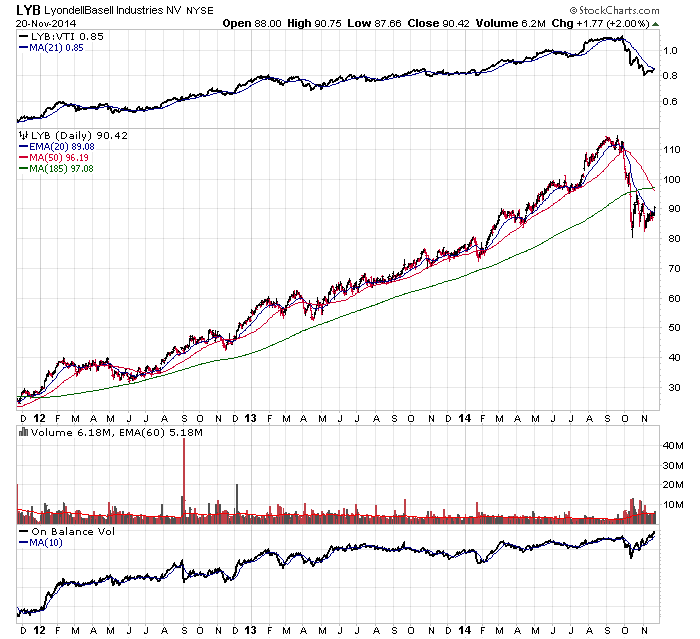 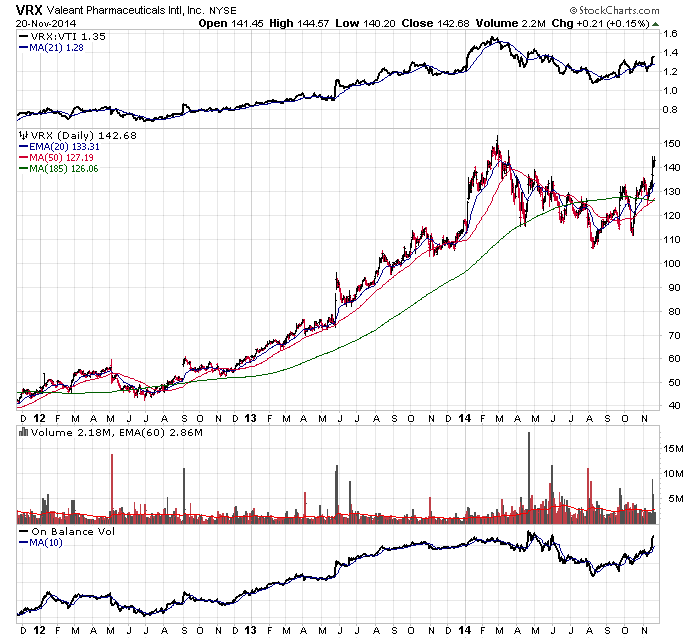 The key takeaways are that talented CEOs who run first-class companies are worthy of your consideration, but only if they have a track record of delivering shareholder value.  Call it “rational analysis” where you blend fundamentals and technicals and where the happy result is one plus one equals three!