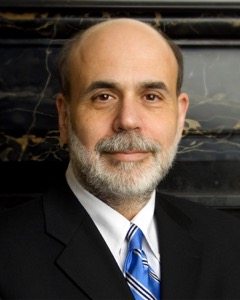 A good friend of mine who is a professional money manager recently invited my family to hear former Federal Reserve Chairman Ben Bernanke speak at a forum here in Seattle.  As you might expect, much of his talk centered on the 2007-2008 financial meltdown.  As Bernanke described these events in detail, I had this vision of a large stock price chart above his head playing out in real-time.  I envisioned this chart keeping up with his verbal descriptions of the events that occurred behind closed doors while simultaneously reflecting price action in the public markets.

Two observations struck me.  First, it is only now, seven years later, that Bernanke has written a book (The Courage to Act) explaining many of the fundamental and economic reasons for the 2008 market collapse.  It’s interesting to have his perspective, but after all the intervening years, it’s merely academic.    The second observation is how amazingly accurate the markets were in reflecting the financial deterioration that was being dealt with out of public view.  The charts revealed the deterioration long before the average investor understood what was happening.

Even the most dedicated fundamental analyst who reads Bernanke’s book, follows his timeline and in parallel plots events real-time on a chart of stock market prices will be immediately and forever converted to being a chartist.  There is simply no denying the reality that a selling methodology based on fundamental revelations will not treat your portfolio kindly.  This is my attempt at a polite understatement.

I found it interesting when Bernanke spoke about his PhD and how he had studied the Great Depression of the 1920s and 30s.  Well-versed in market consequences from that period, he was determined to not allow a replay in 2007-2008.  Here are some other comments he made:

P.S. Click HERE for information on my future appearances & seminars.