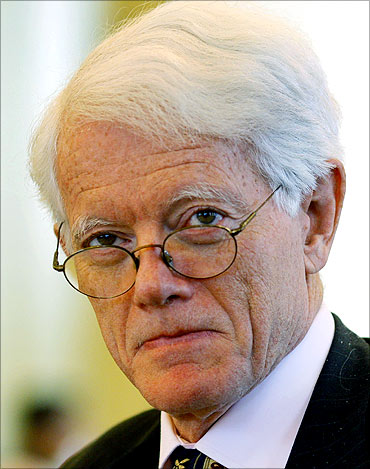 This should be illegal.  If I was a hedge fund or mutual fund manager, I’d be thoroughly upset, but since I’m not, let me show you a unique and powerful advantage that exists for us individual investors.

You may be familiar with a new breed of ETFs that mimic top performing funds.  For example, Global X Guru ETF (GURU) has outperformed the markets nicely in its young two-year life.  This is possible because regulations require money managers with more than $100 Million in assets to disclose their holdings each and every quarter.  It therefore makes it possible for GURU to assemble a basket of stocks which are the most commonly owned by a prescreened group of the most successful hedge funds.  Their logic is sound, but you can execute it better.

I had employed a similar “back door” strategy for my own equity purchases over the years, but only with the release of my ChartPack did the full potential of this approach actually make a significant contribution to my profits.

In November of 2013, when the ChartPack was made available to StockCharts.com users, I included portfolios for the 40 Fidelity Select Sector Funds, as well as their top 10 equity holdings in each of these funds, as reported by Fidelity in the most recent quarter.

Here’s where the fun begins.  In February of 2014, I updated the ChartPack as well as these 40 portfolios to reflect Fidelity’s most recent purchases and the new additions to their top 10 equity holdings for each of the funds.  The transformational insights from this exercise struck me immediately.  More specifics on this later.

In May of 2014 with Version 3.0, I once more updated the portfolios in the ChartPack to reflect Fidelity’s most recent purchases and sells as well.  These fresh insights made it obvious to me that I had a tiger by the tail.

Fidelity has over 40,000 employees and over $4.0 trillion in assets under administration.  To claim they are the big gorilla and their decisions move the market is an understatement.  It is for this reason that employing the quarterly ChartPack approach virtually gives us individual investors a sort of x-ray vision into what the best-of-the-best are thinking and where they are actually placing their bets.  We can let Fidelity spend millions to do the old fashioned in-depth research for which they’re renowned, but we can then coattail on these buy decisions as they begin their accumulation campaigns taking positions in these equities.

These are some of the insights from my updates of Fidelity’s Sector Funds for the past three quarters.  I’ll review this blog again after a few more rounds of updates and share with you further lessons and insights.

1.    Sector funds are run by specialists.  Fund managers that are narrow but very deep in their understanding of a particular sector or industry.  What I have noticed is that early sponsorship of a stock often appears first within a sector fund’s portfolio but then other larger Fidelity funds, such as Fidelity Growth and Income (FGRIX) or Large Cap Stock (FLCSX) embrace, support and continue to accumulate these stocks.  These sector managers offer a virtual buffet of the best stocks from which their brethren fund managers then fill their plates.

2.    Try this for yourself.  Do a 20-minute flash review of all 40 Sector Funds.  Just look at each chartlist in summary mode and you’ll see that I’ve starred with an asterisk (*) those that are recent additions.  These are the stocks that Fidelity just purchased.  The conclusions will literally jump out at you.  You’ll clearly see which stocks and industries are the ones that Fidelity is enamored with.  You will often also find that the same “new buys” appear in multiple sector funds.  The market’s future will be virtually laid out before you.

3.    I would encourage you to review in-depth the charts of these asterisked stocks.  You will quickly come to some of the same conclusions that I have.  Fidelity is not a deep value bottom fisher like some other institutions.  They buy relative strength stocks that are in strong sectors and industries finding favor.

An example from the latest ChartPack is Baxter International (BAX) which was added to the Medical Equipment Sector Funds top 10 list last quarter.  The chart clearly shows buying started within the basing pattern trading range.  March 25th – strong bullish move on 4 million shares; March 26 – another bullish move on 8 million shares and then March 27 – breakout out of trading range hitting a new high on 19 million shares.  Trust me, this was not individual investors driving this move, but we can certainly jump aboard.

4.    An adage that has stood the test of time is “you become the company you keep”.  True with people and true in the case of stocks as well.  When you see the majority of a sector fund’s top 10 holdings all clustered near breakout highs, I suggest to you that this is a group of equities you put on your watch list.  Monitor the money flow and what you are likely to see is that Fidelity is executing an accumulation campaign while carefully holding the sister stocks within a trading range price-wise.

5.    Another profitable approach is that when you see a particular sector start to outperform the market, then check out Fidelity’s corresponding sector fund and its top holdings.  When you put their top 10 holdings side-by-side, one stock chart will inevitably stand out as being the best of the best.  Unlike these portfolio managers, we individual investors are not burdened with having to buy dozens of stocks.  We can cherry pick, and Fidelity can help us do that.

6.    An observation to note is that if 60% of the top 10 holdings change from the past quarter (see FSNGX – the Select Natural Gas Fund which had 6 stocks with asterisks in the chartlist) the industry heading forward could be in for more uncertain and volatile times or a new manager has just come aboard.

7.    Fidelity’s fund managers are aware of their quarterly reporting requirements.  Note that Anadarko (APC) is already a favorite holding in the Natural Resources Fund.  It is therefore no coincidence that the three days after March 31, 2014 – the final reporting day – that APC jumps from $84.54 to $100.00 on volume of 50 million shares in early April.  That’s the way the game is played.  Now reporting that holding buy is put off for two months.

The bottom line is that if you regularly review each quarter the changes in Fidelity Select Sector Funds top 10 holdings, it becomes highly unlikely that you’ll miss the next “new new thing”, as a book title once coined.  Next quarter, I’ll label new buys with two asterisk (**) making it both clear and quick for you to identify new buys.

In essence, you can make it possible for Fidelity to mentor you as an investor and trader by just studying how a big institution buys and sells its positions, and this knowledge will allow you to jump on or off the train profitably.