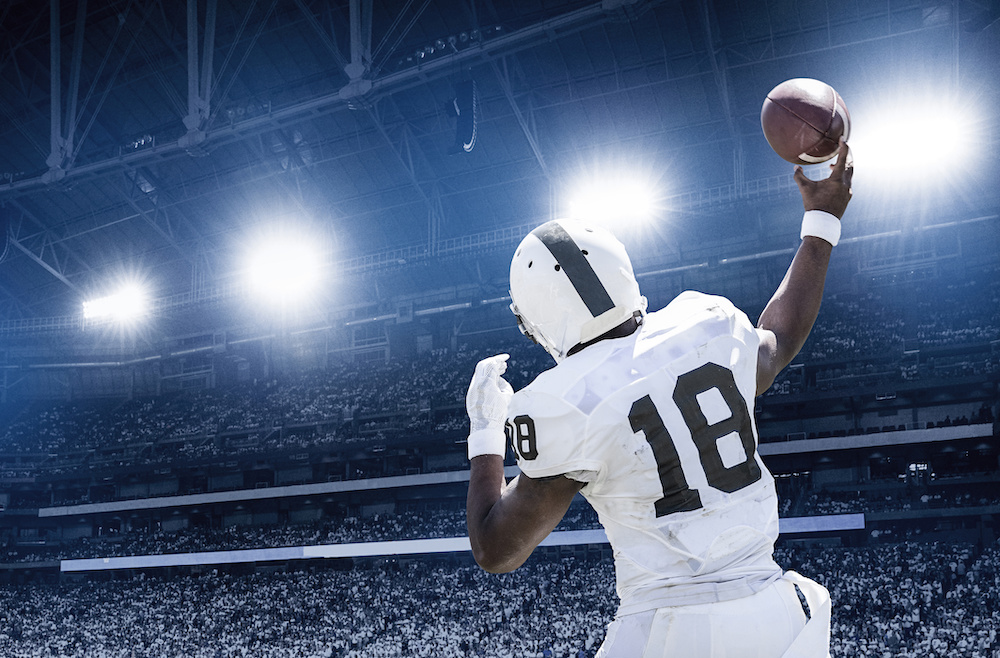 In a recent survey of serious investors, it was uncovered that a majority are earnest sports fans. Count me guilty. As I write this, we just completed the National Football League's (NFL) draft. But the focus here is not on simply one sport. All the major pro sports leagues hold player drafts. There are uncanny parallels between what's required to be a consistently profitable investor and what's involved in successful drafts executed by winning pro sports franchises.

I realize that it may seem like an odd time to be discussing pro sports since teams in all sports are in shut-down mode, but if you'd like to invest like a Super Bowl winner, read on. The parallels are both apropos and powerful and will make you a better investor.

Pro sports franchises have entire departments of experts dedicated year-round to preparing for ‘The Draft.' Each team has a long term vision that differentiates itself from the competition with the objective and expectation of winning. It's a unique culture. Some teams call it their "program" but whatever the label, it's that team's own secret sauce.

I'm a season ticket holder for the new NHL/Seattle franchise that's slated to start in 2021. I was recently invited to a panel discussion with the team's five talent scouts. It was entertaining but not enlightening because their "formula" is highly proprietary and prudently protected. Much like Wall Street's market wizards who don't divulge too much about their respective methodologies. It makes perfect sense. Their recipes provide the unshakeable foundations that they must believe in with conviction in order to trade and draft players effectively. They'll be candid with outsiders, but only up to a point.

The key takeaway is that both parties — sports franchises and investors — have well-defined long term goals and visions. Being prepared and putting in the work upfront is what yields successful results in both camps. Hopefully, it also bestows the power of patience upon the participants. A requisite attribute if one is to succeed. Having an unshakeable game plan allows you to utilize your intuition and confidence in that you know what your end objectives truly are. Without this, you're merely a feather tossed about randomly by the wind. Jesse Livermore always claimed it was sitting (i.e. patience) that made him millions.

In sports, we could discuss the merits of defense versus offense ad nauseam, but we can all agree that you need them both. Hypothetically, if a team has the first five draft picks, it could corner the market — picking the five best quarterbacks, for example. However, the probability of that team achieving a winning season is zero because even the best quarterback needs someone to throw to and a solid line of protection. The same holds true in investing. Yes, there are a few ‘plungers' in the stock market who go heavy into a few unique equities, but none that I'm aware of who've achieved consistent long term success or even survival. Balance wins.

Watching the strategic choices made by respective teams during the draft, it's clear that balance is a sacred mantra amongst all franchises. As investors, we also need to hold a regular draft and rebalance our portfolios. Balanced diversification amongst key asset classes is similarly a time-tested investing mantra. Don't draft five quarterbacks.

There are over 100 foreign-born basketball players in the NBA and it's stronger with them. As investors, our portfolios should also have some foreign-born equities. We profit by drafting the right international equities. Don't be just USA-centric.

To borrow a movie franchise handle which is particularly appropriate in both pro sports and investing. During a draft, time is of the essence since you're on the clock. It's similar to stacked plexiglass chess boards with multiple games being played simultaneously. The puzzle pieces are constantly moving — dominos are falling as shifting consequences ripple through each round. The indispensable tools needed: contingency plans, quick flexible thinking, and action-oriented reflexes.

Isn't the stock market a similar daily draft of equities? It's an auction market between buyers and sellers, with both bullish and bearish scenarios of shifting dollars with rippling consequences all around. Investors must embrace similar tools and attributes. As I like to remind investors, you may choose to ignore the market but it will not ignore you. Stay engaged!

If you want to play in the sandbox, learn the jargon. Without that knowledge, you're like an accountant at an engineering firm. Accurate and precise communication matters.

Sports franchises have draft jargon on two fronts. There's the financial jargon such as dollar cap hit, soft cap, hard cap, dead money, back heavy, etc. Then there's the sports language to describe players themselves. That jargon is unique to the different positions played. Amazing. It's the same in the investor sandbox. If you don't understand bid-ask spreads, the difference between limit and market orders, or ex-dividend dates, you'll cost yourself real dollars.

Have any friends who own restaurants? They'll tell you the hardest part of the business is that their assets are perishable. I don't mean to seem heartless, but pro sports is a business, and players are also a perishable asset. Their value to the team vacillates, and just like with stocks, you can actually chart it. That's what the teams's analytics department does. All players are rated and ranked, constantly evaluated and re-evaluated. They're weighted and not just by their statistics. Stocks are valued by their earnings. Top players are consistent with high sports IQs. Top stocks pay dividends and grow earnings. Lower ranked players behave badly or get injured. Lower ranked stocks produce negative earnings surprises or face litigation issues.

The takeaway is simple. All assets begin to fade and diminish in value over time. When do you cut your losses and exit? Even the best players need to retire at some point. Even once great companies stumble and fall — like PG&E, Worldcom and General Electric. Some go bankrupt. Sorry, but they're perishable and that's just reality.

Emotional control is easy to verbalize and discuss rationally but when the adrenaline starts pumping and the talking heads start preaching, the emotional commotion begins. It's theater — pure and simple. The pressure builds to draft player A over draft player B, to buy sexy stock C or dump stock D. Your job is to separate the theater from the reality.

You must stay true to thyself. Stick to your investment roadmap. Follow your game plan. Control your emotions. Don't get swept up in the inevitable swings to the extremes of over-valuation and under-valuation. As is true with so much in the investment arena — get your ego out of the way. Be humble or you'll fumble!

The market's always right, and the charts don't lie.