Well, it's that time of year. A time to look back at last year and, more importantly, to look ahead to a new year. Are you going to be the great trader in 2020 that you are meant to be? Or are you going to fall into your old habits? Keep these 20 Trading Resolutions and I can all but guarantee you a prosperous 2020.

1. I will only take trades when conditions are conducive to my methodology.

For a trend follower, that means that the market is significantly higher than it was (or lower for shorts). If the market has been trading sideways for months, then I will only take trades that I truly feel can somehow excel in spite of lackluster conditions.

2. I will carefully plan all trades ahead of time and work diligently to follow that plan.

Unknown or changing information creates stress (Montier). You must plan while things are static. You won't know how things will shake out once the market opens, but at least you'll have a plan to deal with it. You can't plan during the heat of battle. By then, it's too late. 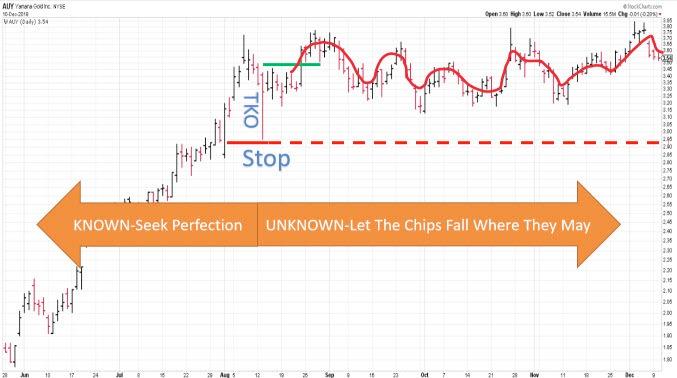 In my Trading Service, I lay out a very detailed plan nightly: where to enter, where to place the protective stop, and where to take initial profits. However, in spite of all this planning, I still get a plethora of emails. XYZ triggered yesterday and is now up 2 bucks. I didn't take the trade. "Is it too late?" you ask. "Should I get in now? I know ABC hit the stop last week, but I'm still in. Do you think it might come back?" ...and so on and so forth.

TRUE, some discretion is required and it seems like more is needed in more recent times (especially in early to mid-2019!*). That's not what I'm talking about, though. I'm referring to a complete abandonment of the plan vs. minor tweaks in an attempt to improve performance (e.g. taking partial profits a few cents early when the stock just can't seem to get there).

3. I will only take trades that trigger an entry. 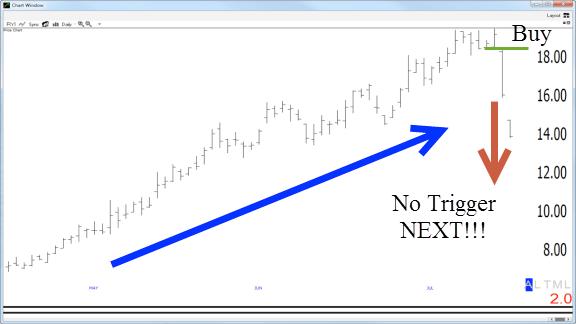 It often amazes me how many losing trades can be completely avoided entirely by waiting for an entry. As I've said ad nauseam, I often get emails from clients complaining about some turd that I recommended. The conversation usually goes something like this:

Me: XYZ? That stock's been headed lower for months. Why did you buy it?

Them: I bought it because YOU recommended it!

Me: I'd never recommend a potential long that's been headed lower for months.

I check the charts. And, lo and behold, it was a beautiful setup back then. However, it not only didn't trigger, but the pullback turned into a bona fide downtrend.

To win, you must lose as little as possible. Druckenmiller once said that "The way to build long-term returns is through preservation of capital and home runs." Amen, my brother from another mother! The preservation of capital comes from picking the best and leaving the rest - and then making sure that they trigger in the first place. This brings us to our next point.

4. I will pick the best and leave the rest.

When asked about my holding period, my answer is always "10 years, hopefully much longer." When I pick a setup, I truly believe that the stock has big potential. Don't deal in mediocrity. When you do think you've found something great, just make sure it truly is intuition and not "into wishing" (Market Wizards).

Below is the model portfolio as of 12/19/19 (from my Core Trading Service). Notice that some of the positions were triggered an entry way back in August and September. I hope (I know, in trading, that's a four-letter word) that I'm still in these and talking about them next summer - and beyond!

Tom Petty got it right. The waiting is the hardest part. Sometimes it's hard just to sit there when the market is grinding sideways, but that's often the thing to do, nothing. Yes, do your homework in spite of the conditions, but make darn sure you have the mother-of-all setups when you don't have a tailwind.

6 . I will do my homework, leaving no stone unturned.

7. I will only trade the charts and ignore all other extraneous information.

I'm obviously a big fan of technical analysis. The reason is that the only way to make money trading is to catch a trend. The chart must move higher (or lower for shorts). The charts do not lie. Unless you're Bubba (keep reading), what is, is.

As I preach, the news is noise. Yes, news affects markets, but you can't factor it into your trading. First, you don't know what's going to happen. Any of you got it wrong on Brexit or Hillary? And, if even if you were able to predict news correctly, you'd often find that the reaction was often muted or quite often the opposite of what's logical. 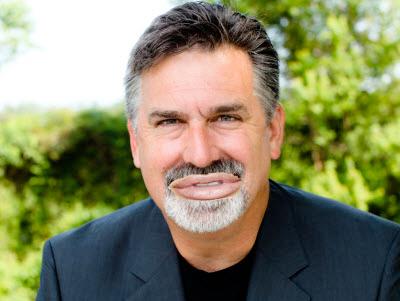 Read my lips: I ignore ALL news. I know I've said this repeatedly, but I'd be willing to bet in the not-so-distant future, I'll get an email saying "Hey Big Dave, XYZ has earnings next week. Should I bail?" Nope. Follow the plan.

8. I will place a protective stop after a trade triggers.

I will place a stop because no one knows exactly what a market will do next. That goes for you, me and the guy who screams on TV. Some day, I'm going to write a column without saying that. Today is not that day!

9. I will take partial profits when offered.

Everything's a probability at best. And a market is much more likely to only make a short-term move than begin/resume a longer-term trend. Therefore, you can't look a gift horse in the mouth. You must take partial profits (half) when the swing trade target is achieved. If it does turn into a major trend, then you're still in. If it doesn't, you scratch out (barring overnight gaps) for what I have dubbed the "better-than-a-poke-in-the-eye" trade.

10. I will l not take any unnecessary action and thereby micromanage myself out of trades.

The second form of micromanagement is attempting to mitigate losses by exiting at the first signs of adversity, or if the stop is near but not officially hit. Yes, I've been there and got the T-shirt. Way back when the earth was still cooling, I shorted Dell around 50. I then got my father in the trade with me. I planned to have a stop at 55 and told myself that was the plan. Instead of focusing on my day job, I called the automated broker system repeatedly for quotes. When the stock hit 54 7/8 (stocks traded in 1/8ths back then) I figured it was close enough for government work. I pulled the plug and notified my father to do the same. That turned out to be the high tick. Dell then imploded to single digits. For many years later, my dad would occasionally say, "You remember that Dell trade?" Arrrrgh!

The third form of micromanagement is exiting a trade because the stock is just treading water. A reoccurring theme for my Week In Charts is the Dead Money Report. I often show stocks that drifted for days, weeks and sometimes months before taking off. But wait, as a trend follower, shouldn't they be trending? Yes, they should be trending BEFORE you get in, but remember that the market often doesn't move on your timeframe. As I preach, trading, done properly, can often be quite boring. This leads us to our next point, which we'll pick up on next week. Can't wait? Well, become a member of DaveLandry.com.

So that's half of my New Years Trading Resolutions. Aside from some minor tweaks, and grammar fixes, they're pretty much the same thing I preached in years prior. Stay tuned for the remainder.