The markets ended the week flat-to-down as investors digested remarks from Fed officials, who were intent on removing pivot hopes that followed soft CPI and PPI reports. Both inflation reports came in below expected, which was certainly encouraging. Mixed earnings reports from major retailers Walmart (WMT) and Target (TGT) also kept bullishness at bay last week.

Next week is the Thanksgiving holiday period and, typically, the markets perform well. There are obstacles, however, as highlighted in the chart of the S&P 500 below. Also of note is that, on Wednesday, the Federal Reserve will be releasing notes from their most recent meeting, and any hint of an elevated interest rate hike cycle may send the bulls into hiding. 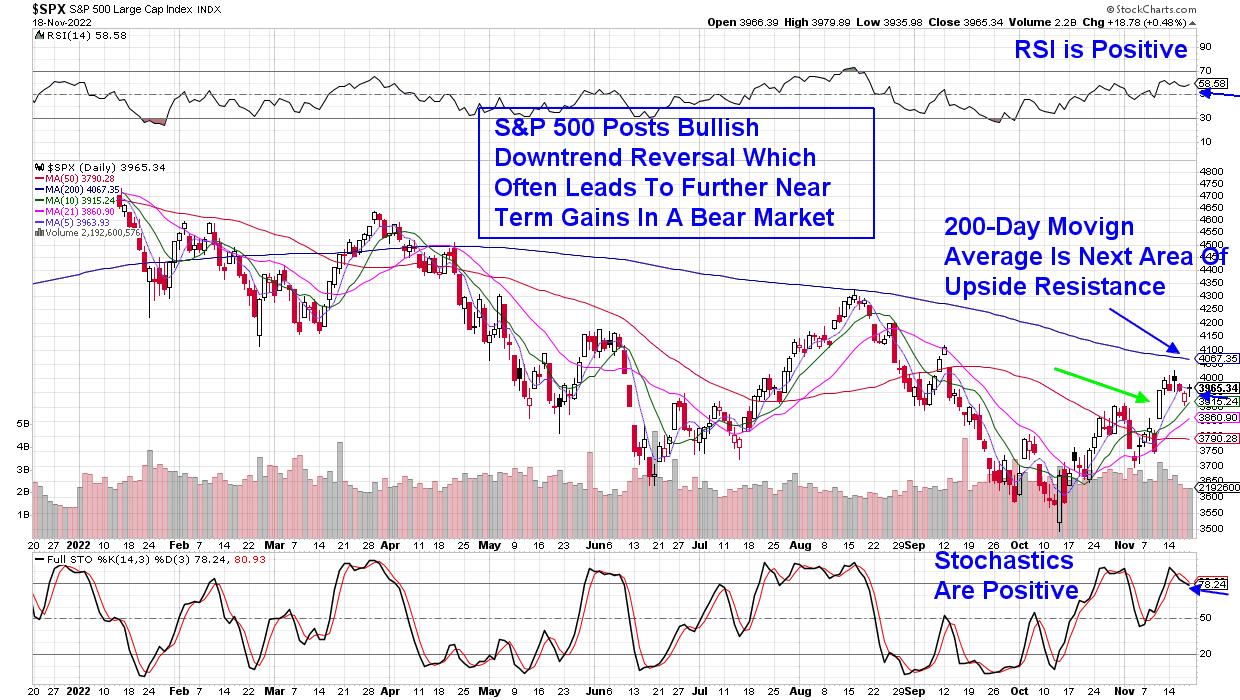 While the markets lost ground during a choppy period last week, a sharp rally the prior Thursday pushed the S&P 500 into a near-term uptrend. The move also improved breadth in this Index, so that almost 85% of stocks are now trading above their key 50-day moving average. Not all stocks are in a position to trade higher, however, as only 50% are above both their 50- and 200-day moving averages.

Overall, however, there are a significant number of stocks in a bullish position and, among those, my work shows that stocks that have already reported 3rd quarter earnings and offer a yield higher than the S&P 500's average of 1.7% are exhibiting the most potential to trade higher. This is particularly true if the stock is in an area of the market that can fare well during a recessionary period. Today's leading economic index data for the U.S. has some economists forecasting that we're already in a recession after it showed a 0.8% decline for October. This was the eighth straight decline in the leading index.

Subscribers to my MEM Edge Report are well aware of my predisposition toward stocks that are recession-proof, while also exhibiting the growth needed to attract investors. Among recent winners, the report added Walmart (WMT) as a buy idea late last month, which put subscribers in a position to take part in this week's rally. Going back to the 2008 recession-led bear market, WMT was among the top ten performers after gaining 15.6% while the markets were down 37% for the year. 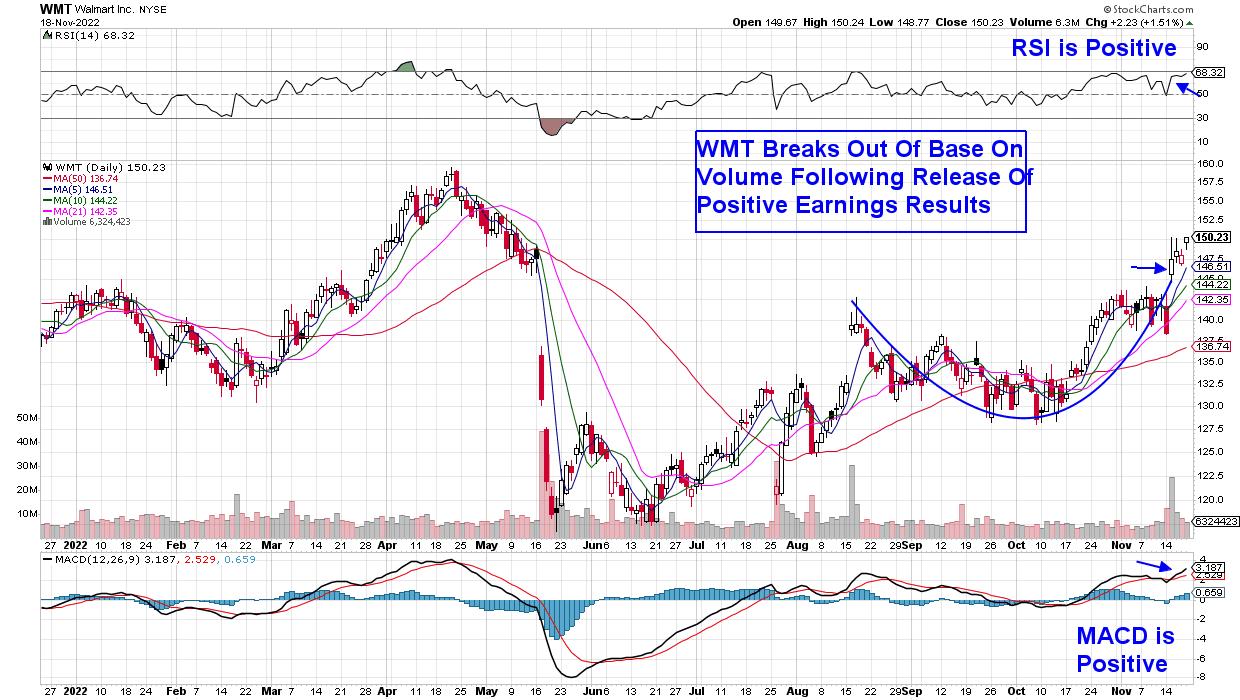 Other areas of the market are currently faring well also, with the Dow Jones Industrial Average down only 7.8% year-to-date even as the S&P 500 has lost more than double this amount. The Dow has a number of higher-yielding names that are acting well, and several names from this Index are also on my Suggested Holdings List.

If you'd like immediate access to these stocks, as well as insights into what to anticipate within the markets and sectors as we head into year-end, use this link here for a 4-week trial at a nominal fee. This twice weekly report also provides special alert reports should we see a shift in the markets.

May you and your family enjoy the start of this year's holiday season!

In this episode of StockCharts TV's The MEM Edge, I take a look at the continuing theme of stocks being driven higher by positive earnings reports. I close the show with some "thanksgiving" food-related stocks, as Consumer Staples were the top-performing area this week.