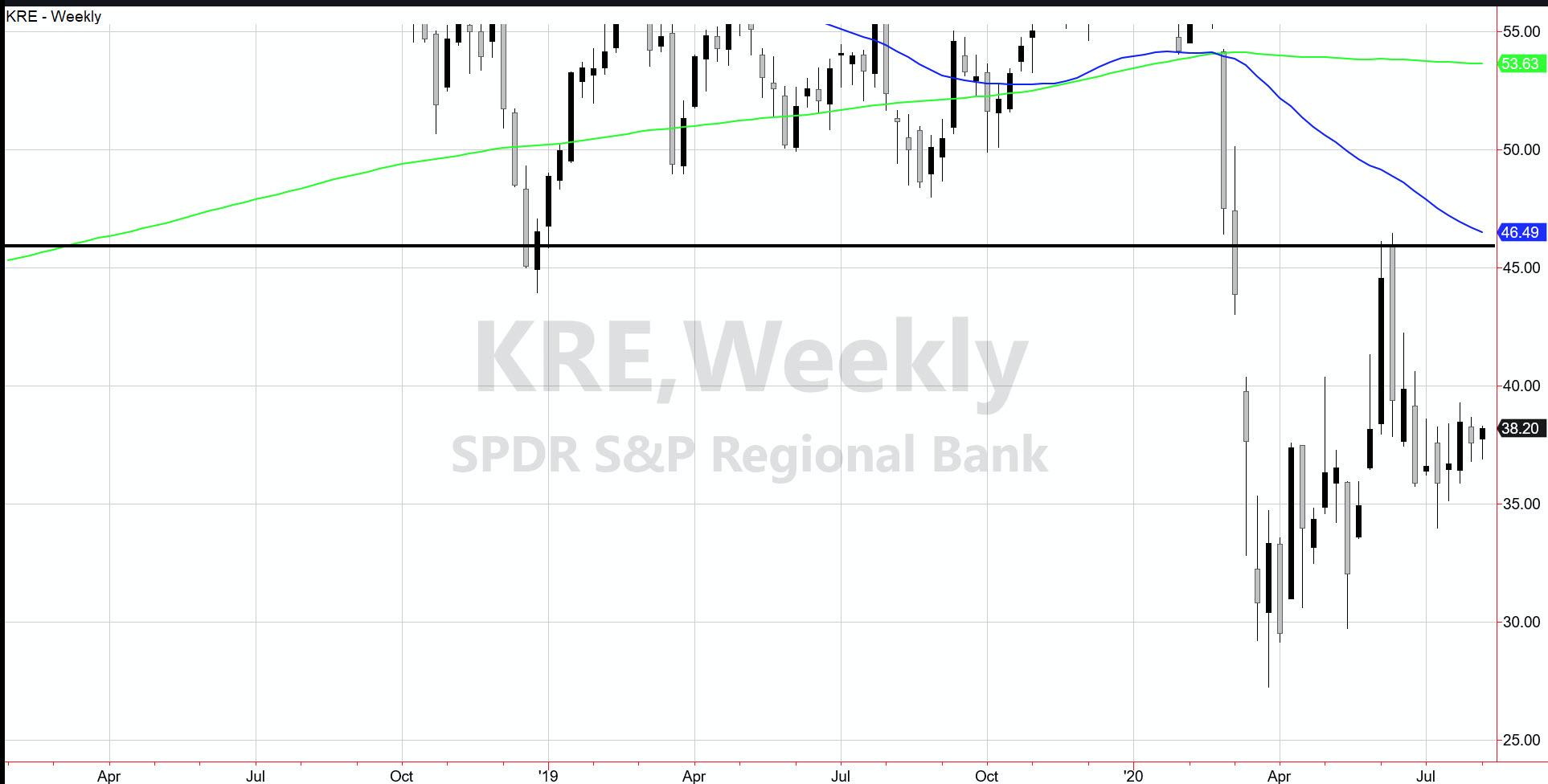 With the Russell 2000 breaking out over the 50 and 200-week moving averages, the market looks like blue skies, right?

But our Prodigal Son Regional Banks? Well... perhaps not all is lost.

Regional Banks (KRE) are in a bearish phase. The sector is having 2 inside weeks. And that makes it easy. A move/hold over 38.70 should be followed for a possible run-up, as shorts are plentiful. It could also mean that the sector believes there will be a stimulus package passed. By contrast, a move/hold below 36.80, regardless of the lofty prices elsewhere, is something I would take as fair warning.