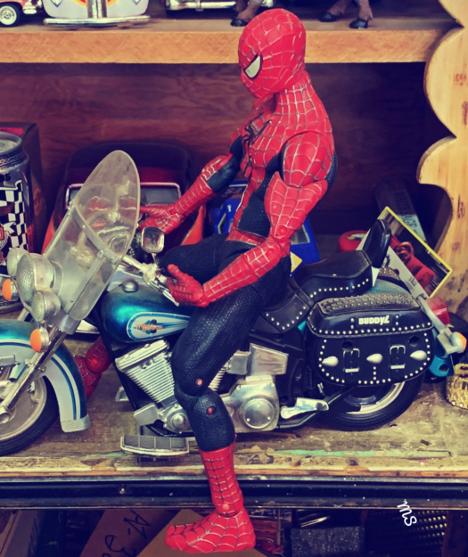 It's no easy feat for the small caps to outperform the major indices, especially with the recent news of Tesla (TSLA) entering the SPY. Furthermore, IWM's superior strength, paired with his ability to scale the charts to new highs, leads me to believe that Granddad IWM has revealed himself to be... Spider-Man!

Spider-Man is known to have powers such as sticking to walls, increased agility and wrists that shoot sticky webs. He also has a unique spider-sense ability which alerts him to incoming danger. 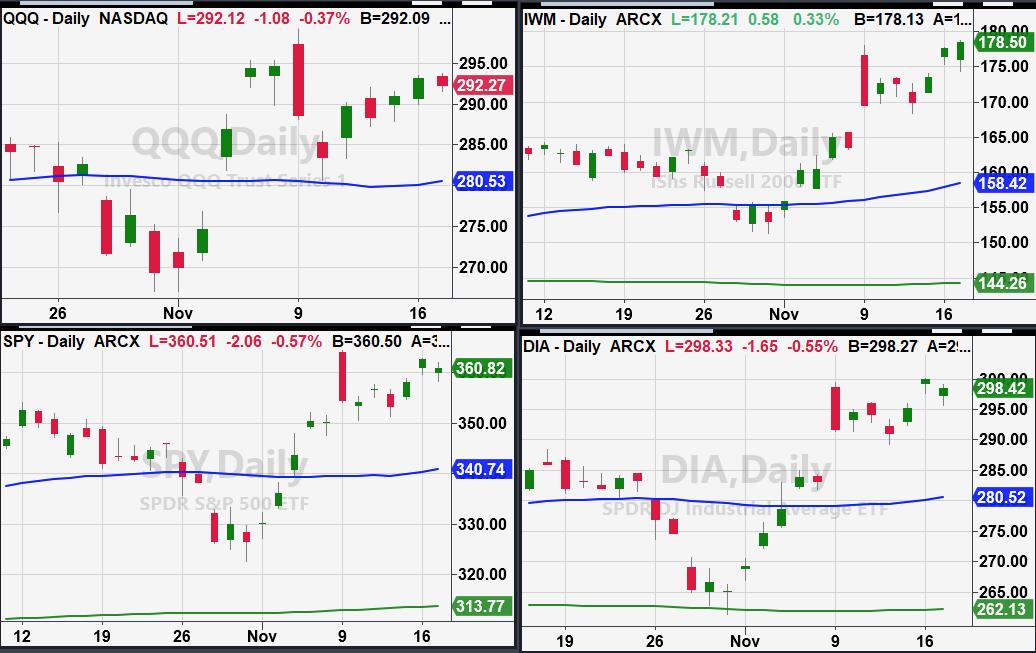 Above is a chart of the four indices, with IWM on the top right. The QQQs have been stuck under the 303.50 high from September, which indicates a rotation out of the tech-heavy index. DIA and the SPY show a close resemblance to each other, as they both will need a move over Monday's high to be able to compete with Granddad Spider-Man.

Spider-Man's increased move upwards could have something to do with the Harley-Davidson motorcycle he's riding, though he should still be careful now that the SPY has a shiny new Tesla in its possession.

As this week continues, now that Gramps has shown to be quite the superhero, we will watch to see if his wife, Granny Retail aka Mary Jane, can also make new highs. She is very close.

That power couple, along with their grandson Tran (IYT), make quite a formidable protection for the bulls.