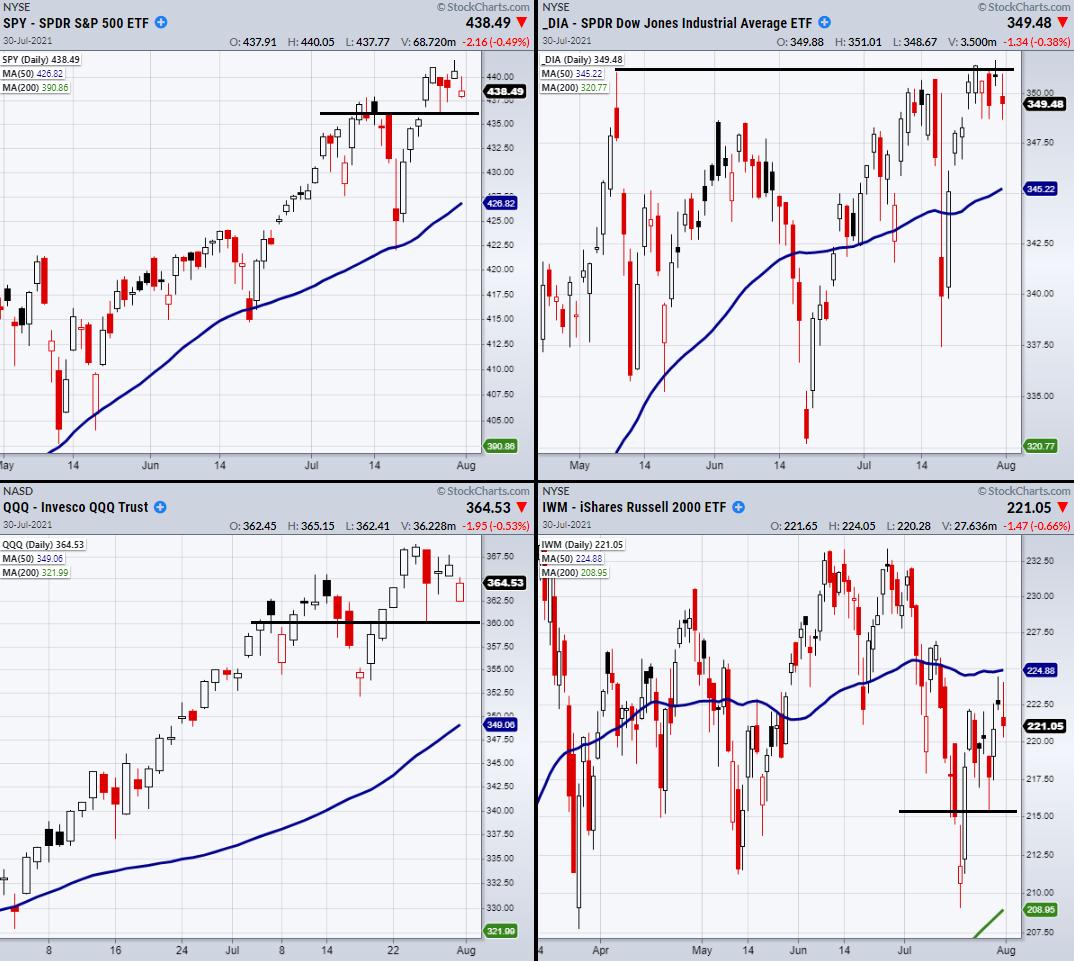 The past week's earnings have set the market stage, with large tech companies such as Apple (AAPL), Google (GOOG/GOOGL) and Microsoft (MSFT) beating earnings estimates. With that said, prices look to be waning not only in the large tech companies, but in the overall market. This could be related to other factors in the market that have taken the spotlight from increasing inflation, including the rise in COVID-19 worries as the delta variant spreads.

Now that the pandemic recovery and the back-to-normal trend sit further down the road, the economy and investor's bullish sentiment could also be weakening. However, since the market has proven its resilience before, which key price levels should we watch as we move into the coming week?

To start, the Nasdaq 100 (QQQ) will need to hold over its low from July 27th at $360. Since the QQQ is a teach-heavy index, the 27th correlates back to big-tech earnings from Microsoft, Google and Apple, which were reported that same day. Additionally, the S&P 500 (SPY) and the small-cap Russell 2000 (IWM) share a similar support level on the 27th.

For the Dow Jones, (DIA) clear support is hard to find. We would like to see DIA hold over this week's low at $348.71; however, since that price level is close, it could easily break. After that, the next area of support for the DIA is the 50-day moving average at $345.22.

When it comes to resistance, because the SPY and QQQ have recently broken to new highs, they do not have any large resistance lingering nearby. On the other hand, IWM and DIA are both in resistance zones, as IWM sits in the middle of a very choppy range dating back multiple months while the DIA is having trouble clearing resistance set from the high in May at $351.