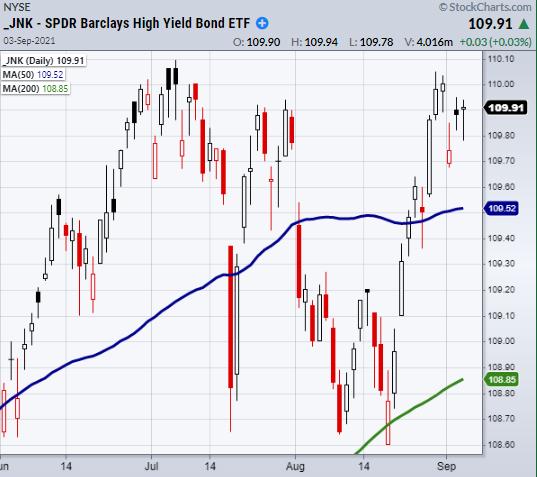 On Friday, the jobs report showed 235,000 new jobs reported for August.  This was not good news since the estimate was roughly 500,000 higher. Ouch! However, the major indices did not take a large hit and closed roughly flat or a smidge down for the day.

So why does the market not seem concerned about the recent jobs report and why is it most likely related to the Fed?

Over and over again, the Fed has stated how much they focus on the labor market as a key to the economic health. Currently, they have stated that past positive jobs reports is a reason to begin tapering the bond buying program. So far, their bond-buying program has been a fundamental lifeline for the market and economic recovery throughout the pandemic.

Recently, the Fed stated that this "lifeline" could begin to slowly be cut as the economic recovery is strong. With that said, if jobs growth begins to slow and continues to do so, it could change the Fed's timeline for reducing bond spending. Because the market knows the Fed is worried about the jobs numbers, it could be viewing the poor report as something that potentially will extend support from the Fed. There is even speculation that unemployment benefits could get an extension by the government.

The market isn't worried as much about the jobs report because it thinks the Fed has its back and will continue giving support if jobs growth becomes consistently weak. Therefore, we can keep watching our special Fed spending indicator: the high yield bond ETF (JNK), which continues to hold near highs in price and, therefore, shows that investors are speculating that risky debt will continue higher along with the market.

On the latest edition of StockCharts TV's Mish's Market Minute, Mish walks through the various transport sectors, showing which ones she is looking at and why.