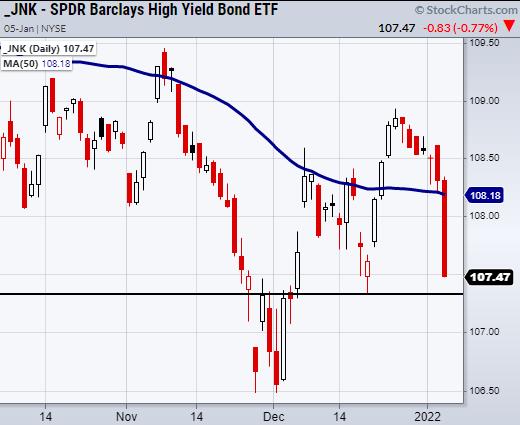 Earlier this week, Mish released her annual report for the year ahead, titled "2022 Trends, Themes, and Trades to Watch". Today, the market showed why she has inflation as one of her 8 important themes.

On Thursday (Jan. 6th), Mish will be hosting a special webinar about how her trading strategies can help you anticipate and navigate the changes she expects to see in 2022. For example, inflation has been a part of Mish's conversation and the market's narrative for months, but today it became the catalyst that sunk the market.

Everyone has heard the Fed talk about inflation being transitory and, while many have questioned their thought process, the Fed has stayed relatively steady in pushing the transitory narrative as they waited for it to come true. However, Wednesday's Fed minutes showed that inflation has further spread in the economy and is going to stick around longer than they had originally anticipated.

Traditionally, the best way to fight inflation is by increasing interest rates, which the Fed is looking to accelerate through the year. Because the stock market and economy love cheap money, the market sold off following the news. With that said, will Wednesday's drastic selloff continue, or will the market find support?

One risk indicator we have been watching is the High Yield Corporate Debt ETF (JNK). Looking at the above chart, JNK has broken down near a previous support level at $107.33 on 12/20/2021. If Wednesday's panic selling continues, watch this level break or hold as the next key support area.

One possible reason the market could rebound is that many traders and institutions have already realized that price, and inflation along with it, will take more time to dissipate, and thus part of Wednesday's news has already been priced into the market. Therefore, while we are watching JNK, we can also watch the lower ranges of the major indices -- for instance, the Nasdaq 100 (QQQ) and Russell 2000 (IWM) -- to hold.

If the market is looking to break significantly lower, it will need to pass these major support areas next. 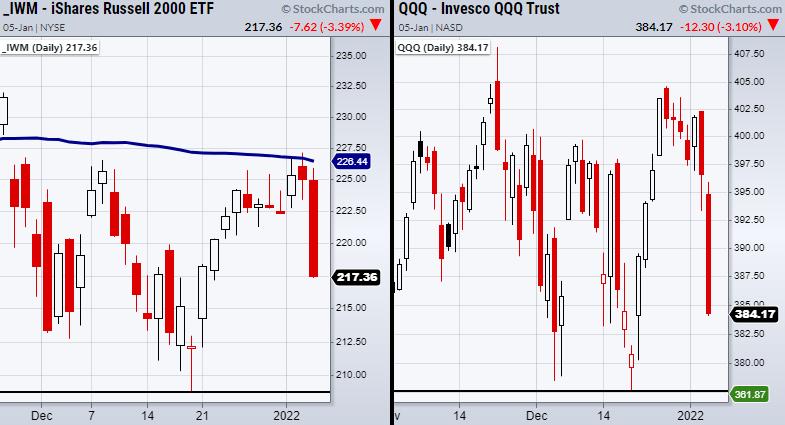