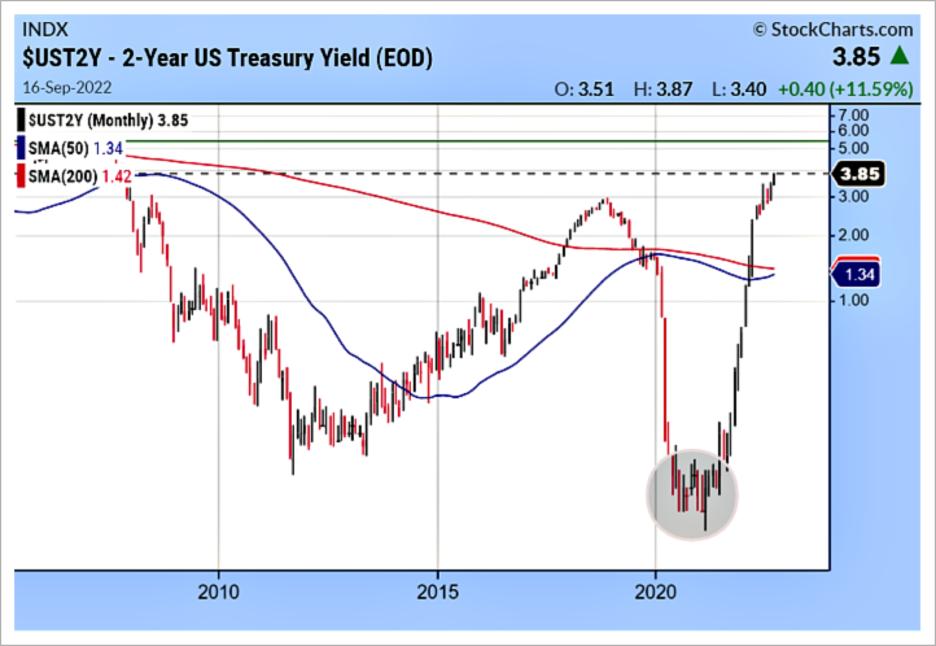 Higher interest rates could also lead to a decrease in the stock market. The two-year treasury rate listed above is now 3.85, and was around half a percent one year ago. The hike this week will increase the cost of borrowing and slow economic growth. Some companies, more than others, will be impacted.

We at MarketGauge have already made considerable adjustments to our trading style, and not just our portfolios. We are using a blended approach. 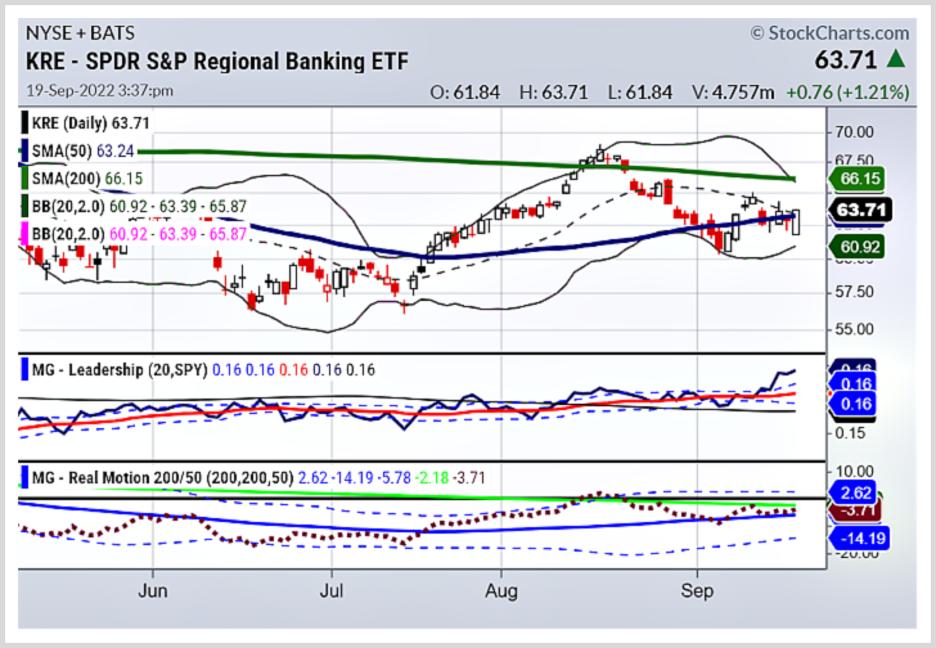 And while SPDR S&P Regional Banking ETF (KRE) might have a reputation for being a prodigal son, investors would be wise not to overlook it. KRE, a vital part of the Modern Family, plays an essential role in measuring the health of the financial system and the overall economy. Regional banking stocks primarily make their money by commercial and personal lending, so as rates rise, these banks will become more profitable.

They do not make profits in derivatives. Rather, they tend to be heavily involved in lending transactions.

KRE is undervalued, with plenty of upside potential.

To learn more about how we invest profitably using the Modern Family, please reach out to Rob Quinn, our Chief Strategy Consultant, by clicking here.

Mish and Jon discuss global recession and the 9/21 US FOMC decision impact on BNN Bloomberg.

See Mish's latest article for CMC Markets, titled "Can the Fed Still Engineer a Soft Landing for the US Economy?"