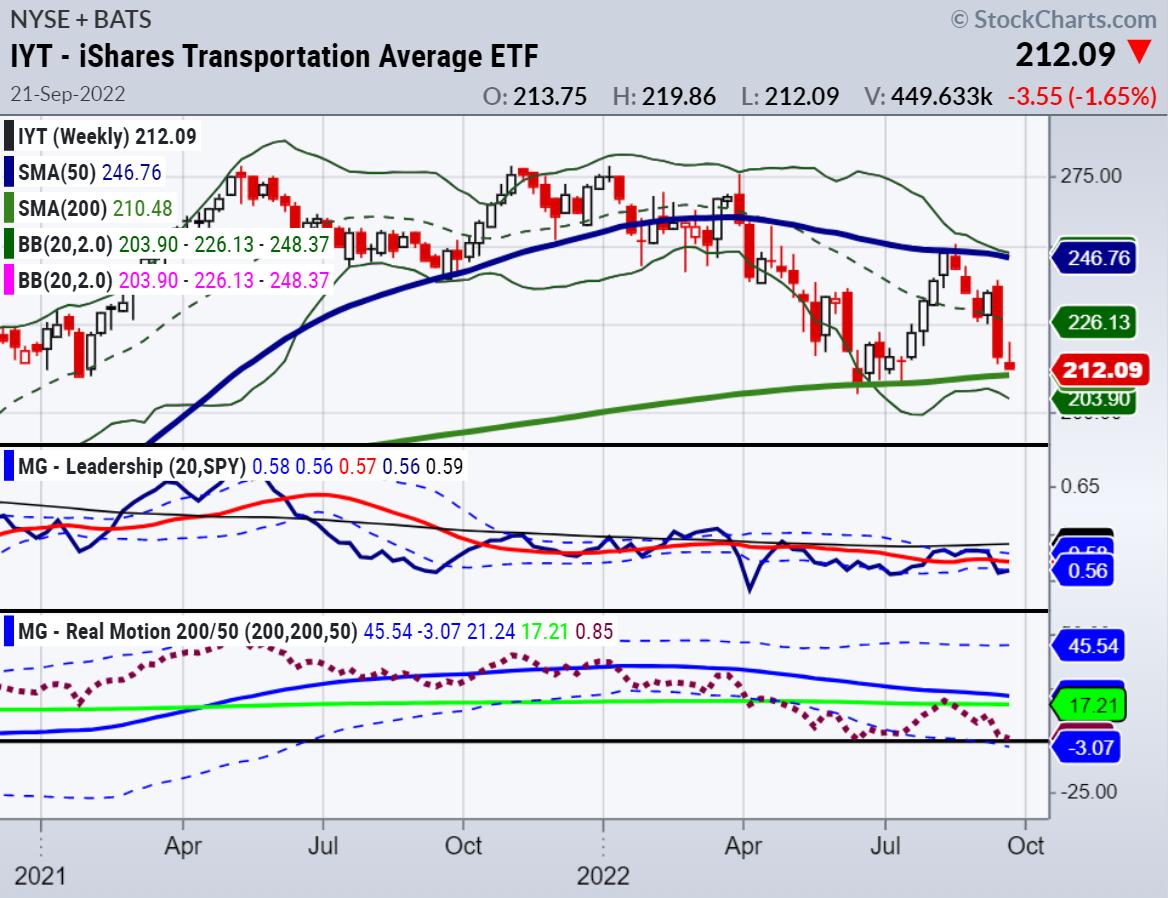 The FedEx news has caused many analysts to worry about the transportation sector and the potential ripple effects this could have on the rest of the market. As we have written before, transportation sector is seen as a barometer of economic activity. The Fed hikes and FedEx lowered profit revisions point to continued economic weakness and softening of the global economy.

After the announcement, the market's volatility became a bit muddied, as far as the more lasting reaction; initially down, then up, then down, then closing lower. Was .75 basis points enough to squash inflation and give the securities' market some, well, security?

Today's 75 basis point hike and guidance to raise a further 100 basis points come at a time when IYT Transports (transportation), the forerunner of economic activity, is signaling and fighting to reclaim strength. By the end of the day, IYT broke the very significant 200-week moving average. Our risk indicators are now 100% negative.

So, what did the Fed accomplish? Demand destruction? End of inflation? A new flight to safety?

After months of a trading range in the overall indices, it is possible we see a reversal back up on Thursday. However, it is probably more likely, though, that, as we break the lows of that range, we see a new leg lower. We can then reassess risk.

To learn more about how to trade with us, please reach out to Rob Quinn, our Chief Strategy Consultant, by clicking here.

Mish discusses how the Fed needed to be more aggressive, as they now have more to raise this year, with a panel on Coindesk.

Mish discusses price, momentum and market psychology in this appearance on Business First AM.

Mish and Jon discuss global recession and the 9/21 US FOMC decision impact on BNN Bloomberg.