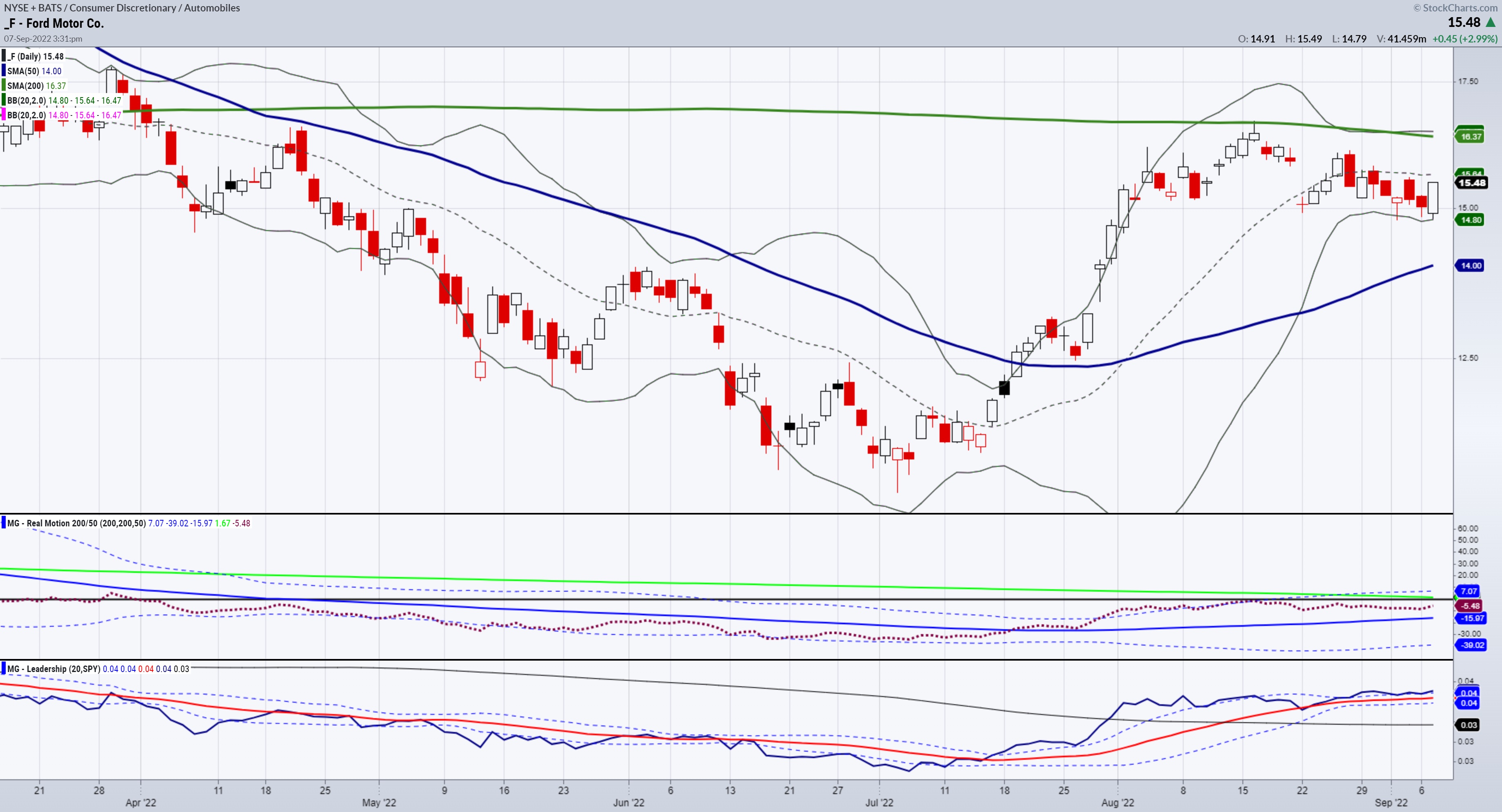 The Biden administration declared an intermediate target in August 2021 that 50% of all new automobiles would be electrified by 2030. This transition to lithium-ion battery power will potentially guard against climate change and counter China's aggressive push into the global EV automobile market. Electric car efforts are being developed by Google, Amazon, and Sony, to mention only a few.

EVs have reached a tipping point globally and in the United States. (For more in-depth past prior coverage, please visit my mid-week July CMC Markets column here.)

Ford (F) is moving forward toward EVs, and fast. Ford is undergoing a major brand makeover to convert its classic iconic models while also guiding the American public to understand the economic value of switching to electric and hybrid vehicles. The American automaker has been making EV models such as the Mustang Mach-e, which sold 25,000 vehicles within two years. In August, Mach-e sales reached 3,120, 115% more than August 2021 and clearly trending in the right direction.

Recently, Ford released their newest truck model—the F150 Lightning EV. The truck's battery lasts up to 120 miles on one charge, is fully capable of off-roading, and is comparable in towing capacities. The hybrid version, the F-150 PowerBoost hybrid, is also versatile.

It is hard to overlook how many new partnerships between Ford and battery developers have had on their urgency in producing more electric vehicles. This includes recent deals with SK Innovation, CATL Ltd., and others. To highlight one of its "megadeals," in September 2021, Ford inked an $11.4 billion contract for "mega-sites" to produce electric vehicles and batteries in Tennessee and Kentucky and to add 11,000 jobs in the process.

On the other side of the world, the sales of electric vehicles are growing exponentially in China, with all segments of the Chinese car market by vehicle size, from the smallest to the most expensive, adopting EVs. China's electric vehicle (EV) industry is the biggest in the world and is predicted to remain the biggest.

Yet, Ford has a track record of success that dates back more than a century. Ford's market cap is 62 billion USD, with a wide range of EV products. Ford is attempting to capitalize on this megatrend like Tesla and China already have, with TSLA's current market cap of 879 billion USD. Ford's share price year to date is down -29.12% and, at 15.44 above, seems to be a rock-solid price for playing this EV megatrend.

To learn more about identifying trends, such as the electrification of automobiles using our propriety MarketGauge indicators, reach out via chat, phone, or email, or book a call with Rob Quinn, our Chief Strategy Consultant, by clicking here.

Mish tells you why and what she is looking to buy right now on this appearance with Charles Payne on Fox Business.

In this appearance on Neil Cavuto's Coast to Coast on Fox Business, Mish gives a quick rundown on how to assess what will happen next.