Studies show that although 84% of currency traders think they can make profits, only 30% actually do. What can we learn from this fact? • People are vastly overconfident in their ability to wring gains from what seems like a simple game. In currency-dealer records, traders win more than 50% of their bets, but their losing trades cost almost double what the winning ones make. 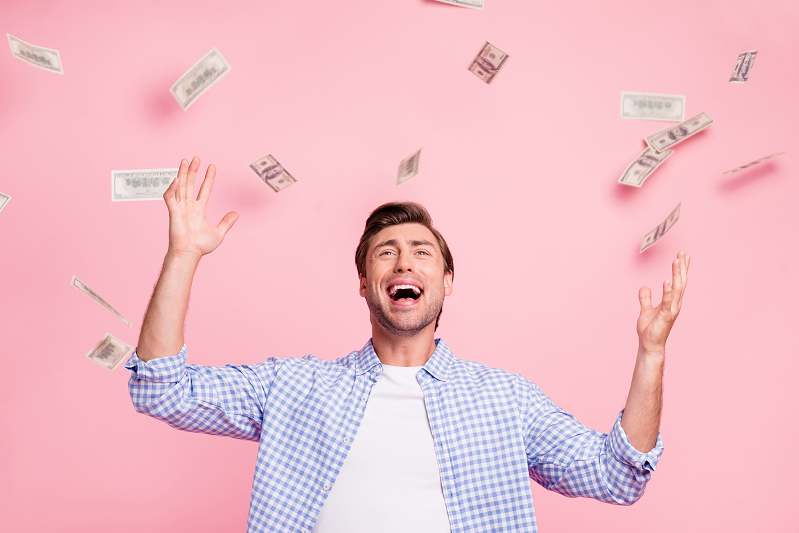 Figure 1. The idea of making profits from currency trading can fill us with wild expectations of riches, but it ain’t necessarily so. Photo by Roman Samborskyi/Shutterstock.

With the S&P 500 gyrating up and down, many individual investors look at currency trading as a profitable alternative. How hard can it be?

Every currency trade is a bet that one currency is going to go down in value vs. another currency that will go up. For example, you might think that the European euro or the Great Britain pound are going to fall in terms of the US dollar. You would make a EUR/USD or a GBP/USD trade. Once you’ve decided to place a bet, many currency dealers will allow you to magnify your wins and losses with leverage (borrowed money).

In theory, you might think all currency trades have a 50/50 chance of making a profit, before subtracting transaction costs. If you simply flipped a coin to predict which way each currency pair was going to go, you’d be right 50% of the time. After all, if there’s any change whatsoever during the life of a trade, one currency must have gone up against the other.

In reality, it’s not that simple. Currency trading taps into many of the behavioral flaws that we as humans are heir to. 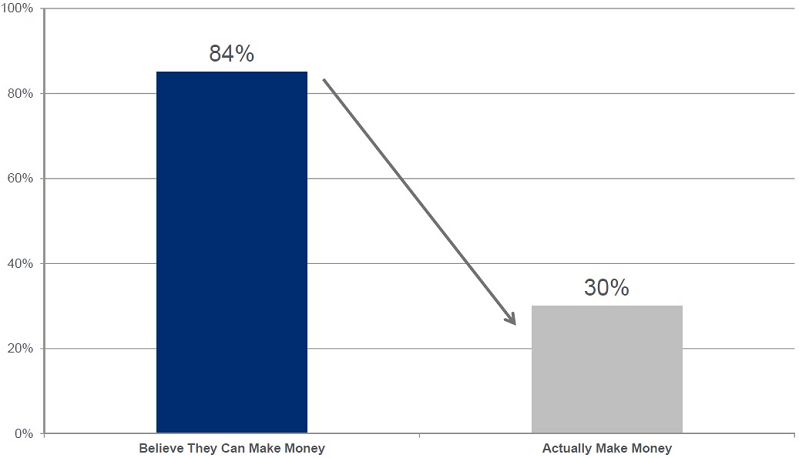 Figure 2. In studies, 84% of currency traders believe they can make profits, but only 30% actually do on a monthly basis. Source: National Futures Association, individual broker filings.

The number of currency traders who lose money, exhaust the balances of their accounts, or literally go broke betting on exchange rates is such a big concern that numerous studies by financial authorities have been conducted on the problem.

Figure 2 is based on a survey by the National Futures Association, combined with an examination of actual anonymized currency trading histories. About 84% of the individual currency traders believe they can make profits, but when the records are examined only 30% actually do. 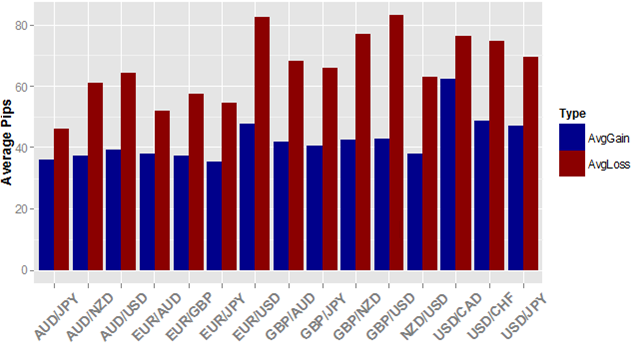 Why is this so? If traders could win their bets 50% of the time by simply choosing currency pairs at random, what explains the inability of the vast majority of currency traders to make profits?

Figure 3, from an analysis by the FXCM foreign-exchange dealership firm, explains the problem. Behavioral-finance researchers have proved that we humans suffer from “prospect theory.” We fear the prospect of losses more than twice as much as we enjoy the promise of gains. As a result, people sell winning positions too soon — fearing a decline — and hold their unprofitable positions too long, reluctant to book a loss.

The FXCM studied gains and losses in currency trading, which are measured by “pips.” A pip is the smallest increment that a currency trade can move.  For US dollar trades, a pip might represent $0.0001 or one-hundredth of a penny. But it can also mean one-hundredth of 1% (the same as one basis point in bond markets).

Although they seem small, a movement of a few pips can represent a substantial sum of money, depending on the size and leverage of a trade. The FXCM report describes traders’ behavioral biases in the following terms:

Traders hold to their losses and liquidate winners. The chart above represents the results from all the data analyzed. In blue, it shows the average number of pips traders earned on profitable trades. In red, it shows the average number of pips lost in losing trades. One can now clearly see why traders lose money despite being right more than half the time. They lose more money on their losing trades than they make on their winning trades.

Exploring a pair in more detail will help put things into perspective.  It is clear that EUR/USD trades were closed out at a profit 61%, but the average losing trade was worth 83 pips while the average winner was only 48 pips. Traders were correct more than half the time, but they lost over 70% more on their losing trades as they won on winning trades. The track record for the volatile GBP/USD pair was even worse. Traders captured profits on 59% of all GBP/USD trades. Yet they overall lost money as they turned an average 43 pip profit on each winner and lost 83 pips on losing trades.

Now that you’ve heard this, you might think, “I won’t be affected by my unconscious behaviors.” But simply knowing that we humans zig and zag in specific ways does nothing to prevent us from making those same mistakes unconsciously. If people could overcome their built-in behaviors, foreign-exchange dealerships would cease to exist!

For a good summary of the studies on currency trading mentioned above (and other research), see “Why Forex Traders Lose Money,” by The Nature of Markets.

In the next few parts of this column, we’ll see how our behavioral biases make currency exchanges work, and how we might be able to behave instead.

Currency traders: If you’ve had good experiences or bad experiences, use the email address shown below to let me know. Your ideas may show up later in this series! (I’ll keep you anonymous if you wish.)