Many investors think big up and down moves in the market are good for profits. Actually, crazy days are indicators of corrections and bear markets. • Benoit Mandelbrot made the world aware of "fractals": repeating patterns that occur in nature as well as in a surprising number of financial returns. Seeing the big picture, Mandelbrot taught, helps us understand the daily moves the market makes. 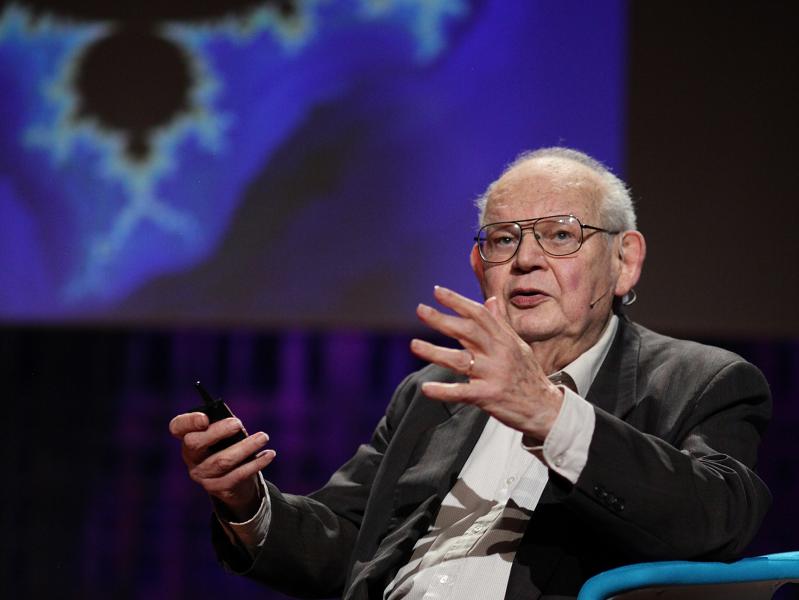 Figure 1. Mandelbrot not only demonstrated the visual impact of fractals, as shown on the screen behind him, but also the way these repeating patterns help to predict stock-market movements. Photo by Steve Jurvetson/Creative Commons.

It's often said that "security prices fully reflect all available information," therefore no one can reliably take profits from a stock market that is so efficient. This theory — the Efficient Market Hypothesis — was promoted in a 1970 white paper published by a University of Chicago finance professor named Eugene Fama.

It didn't take long for other economists to prove that stock markets aren't that efficient. It's certainly true that security prices quickly react to news. But a 1981 paper by Yale University economics professor Robert Shiller showed that the volatility of stock prices was "five to thirteen times too high" to be explained by logic alone, because human beings overreact to unexpected revelations.

Only a few years later, two other professors showed how much the market lurches. In a series of papers beginning in 1985, Werner De Bondt of the University of Wisconsin and Richard Thaler of Cornell quantified these overreactions. Prices can take three to five years to return to a "rational" level, they explained.

Fama and his frequent co-author, Kenneth French of Dartmouth, gradually came around to this realization. In a 2007 study, for example, they re-confirmed the existence of several market factors, finding that small-cap companies, "value" companies, and assets with upward price momentum (also called relative strength) tend to outperform other investments in the long term. "The premier anomaly is momentum," they wrote.

Proof that behavioral biases have an enormous effect on security prices has revolutionized our understanding of free markets. Shiller and Fama both won the Nobel Prize in Economics in 2013 — Shiller for proving that markets are not perfectly efficient, and Fama for identifying several anomalous factors. Thaler (currently at the University of Chicago) won in 2017 for his pioneering work demonstrating behavioral economics: the fact that people are often ruled by subconscious impulses rather than purely logical choices. Several other experts — including Daniel Kahneman, author of Thinking, Fast and Slow — have also been named Nobel laureates in recent years because of their application of behavioral economics to finance.

Another genius who expanded our understanding of human behavior was Benoit Mandelbrot. A French-speaking math professor, he was the first researcher to reveal the infinitely scaling phenomenon called fractals. These patterns not only make beautiful, wriggly visual diagrams, they also hold serious information about the movements of stock markets.

In his 2004 book, The (Mis)behavior of Markets, Mandelbrot explained the relevance of fractals to the trading of stocks:

"Without the identifying legends, one cannot tell if a price chart covers eighteen minutes, eighteen months, or eighteen years. This will be expressed by saying that markets scale. Even the financial press scales: There are annual reviews, quarterly bulletins, monthly newsletters, weekly magazines, daily newspapers, and tick-by-tick electronic newswires and Internet services."

How does this helps us make money? Mandelbrot never won a Nobel Prize — he passed away in 2010, and Nobels are not awarded posthumously — but he made a major contribution to our understanding of market risk:

"Markets are turbulent, deceptive, prone to bubbles, infested by false trends. It may well be that you cannot forecast prices. But evaluating risk is another matter entirely."

This is shown graphically in Figure 2, which covers 1997 through 2005. (The years since 2005 will be shown later in this series of articles.) 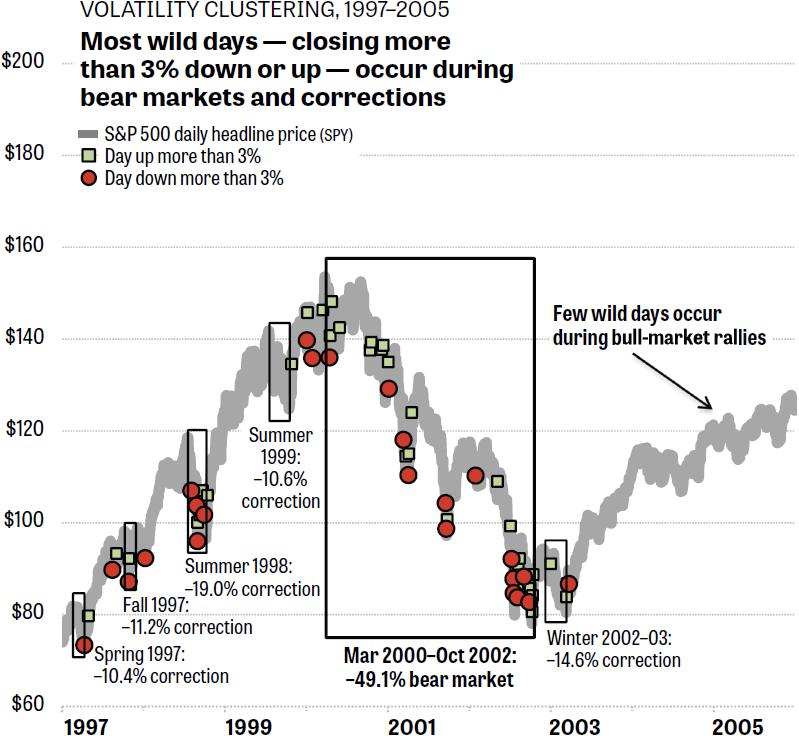 Figure 2. "Wild" days, when the price change in the S&P 500 (not including dividends) is greater than 3% up or down in a single day, tend to occur during or close to a correction or a full-blown bear market. On the other side of the coin, if you've experienced no wild days lately, you're very likely to be in a bull market.

Mandelbrot's brilliance was in demonstrating that it didn't matter whether these "wild" days jerked the market up or down. Huge moves in either direction are a signal that you're in a correction or a bear market, or that one is near at hand.

But a big up day is not a "buy" signal, and a big down day is not a "sell" signal. Both kinds of wild days indicate that the market has become very volatile, which is a bad sign for prices. The S&P 500 eventually fell more than 49% by the end of the bear market in 2002. The index's wild moves indicated an unhealthy market, not a great opportunity for profit.

The same is true for the five corrections (declines between 10.0% and 19.9%) shown in Figure 2. Wild days appeared within or close to all of those disappointing markets. On the other hand, major long-term bull markets, such as 2003–2005, commonly experience no wild days at all.

Fortunately, you don't need to be a Nobel laureate to take advantage of volatility clustering! In the next part of this series, we'll learn more from these discoveries, and see how high-volatility periods have related to falling prices in more-recent years.