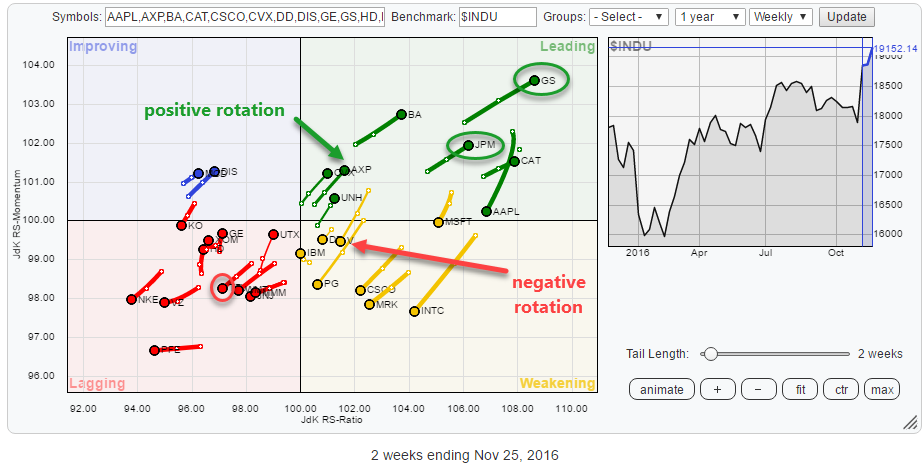 Financials are leading but they are not all equally good

After the dust has settled, it is time to assess what is going on under the hood. The above Relative Rotation Graph holds the 30 Dow Jones Industrials components. As usual, they are fairly evenly spread out over the canvas of the RRG plot... Read More

How to use Relative Rotation Graphs to monitor your portfolio.

As (many of) you may know my fellow commentator Arthur Hill lives in Belgium. That makes him, geographically, my closest StockCharts.com colleague... Read More 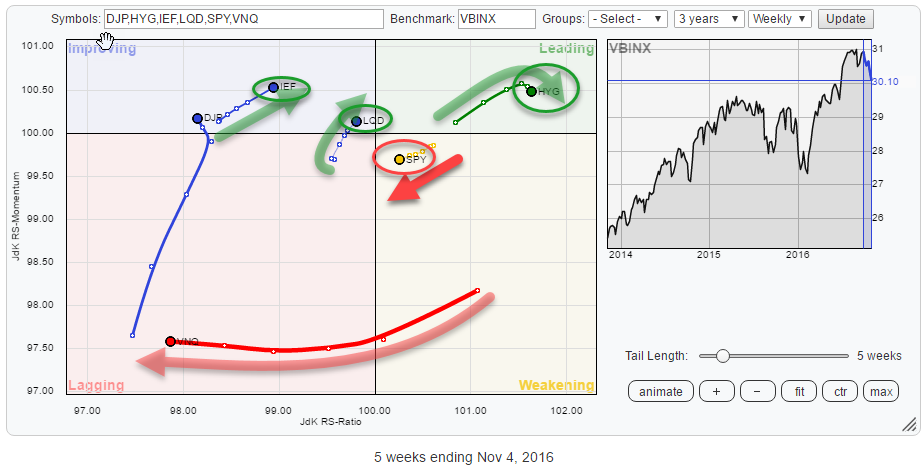