On the Long side, I removed EBAY and replaced it with WM. 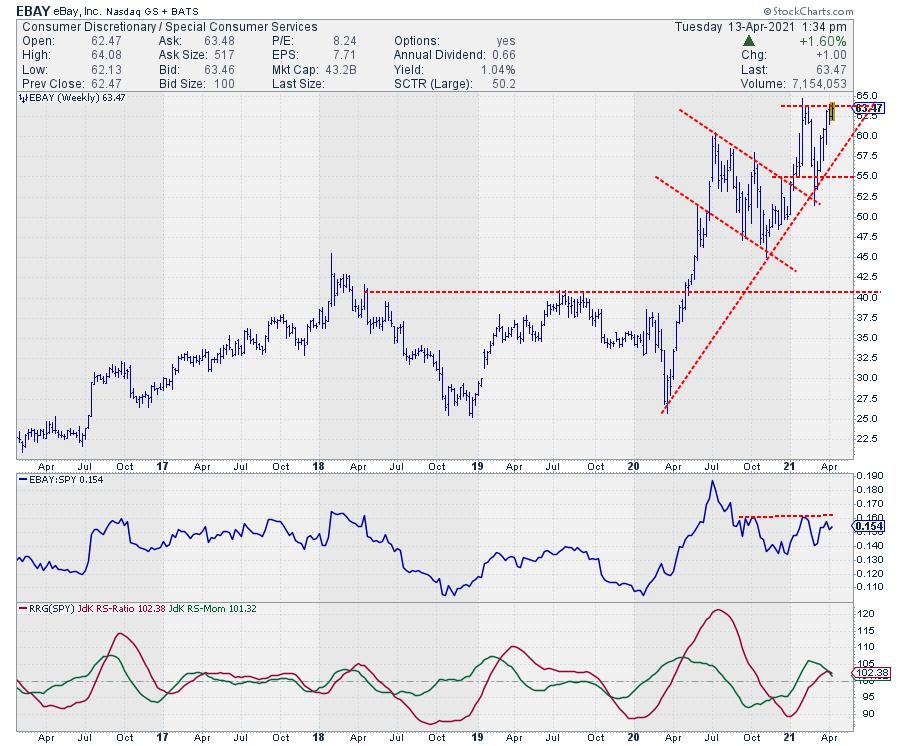 EBAY ran into resistance just below $65, while relative strength was not able to push higher beyond the high that was set earlier this year. This resulted in both RRG-Lines turning lower and now heading further down, which shows up as the tail rolling over on the Relative Rotation Graph. Combined with current weakness in the Discretionary sector, it seems better to look elsewhere. 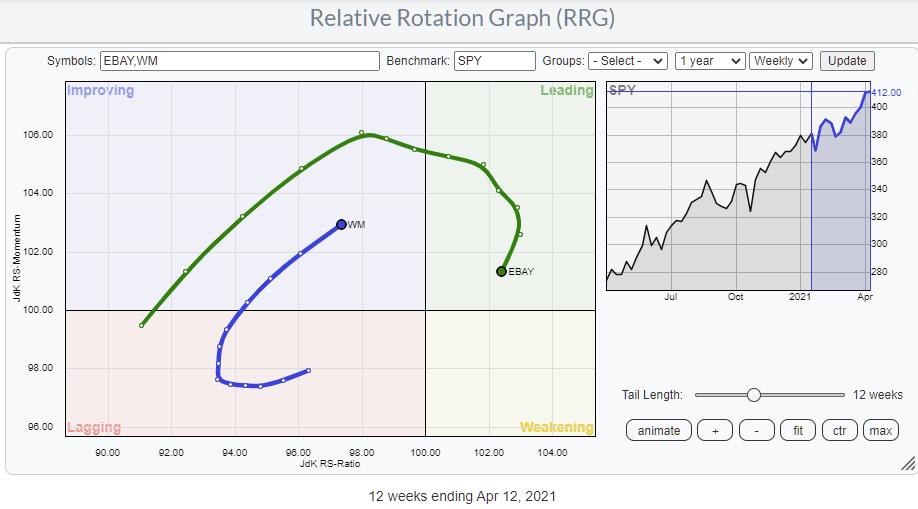 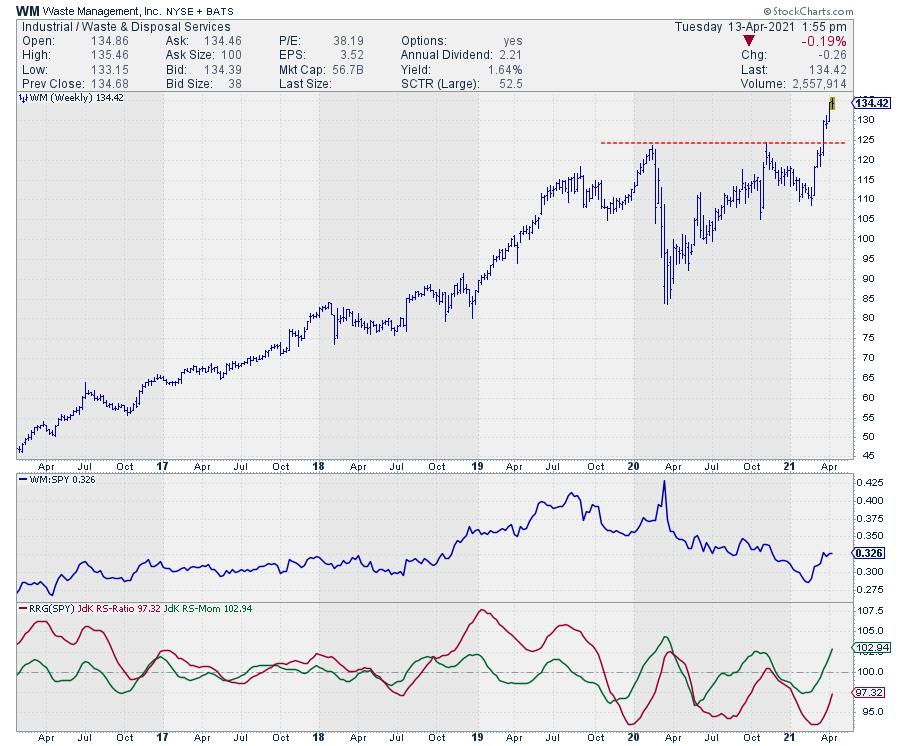 On the Sector RRG, the Industrials sector just rotated back into the leading quadrant from weakening. Zooming in on the individual stocks in the sector, WM stands out, as it is showing a long tail inside the improving quadrant and rapidly heading towards leading.

The recent break to new highs is another positive sign that is expected to help WM in gaining more relative strength in coming weeks. That makes it a good replacement to enter the basket on the long side.

On the short side, ADBE started to gain relative strength, instead of the expected continuation of weakness against SPY. It has therefore been replaced by AWK. 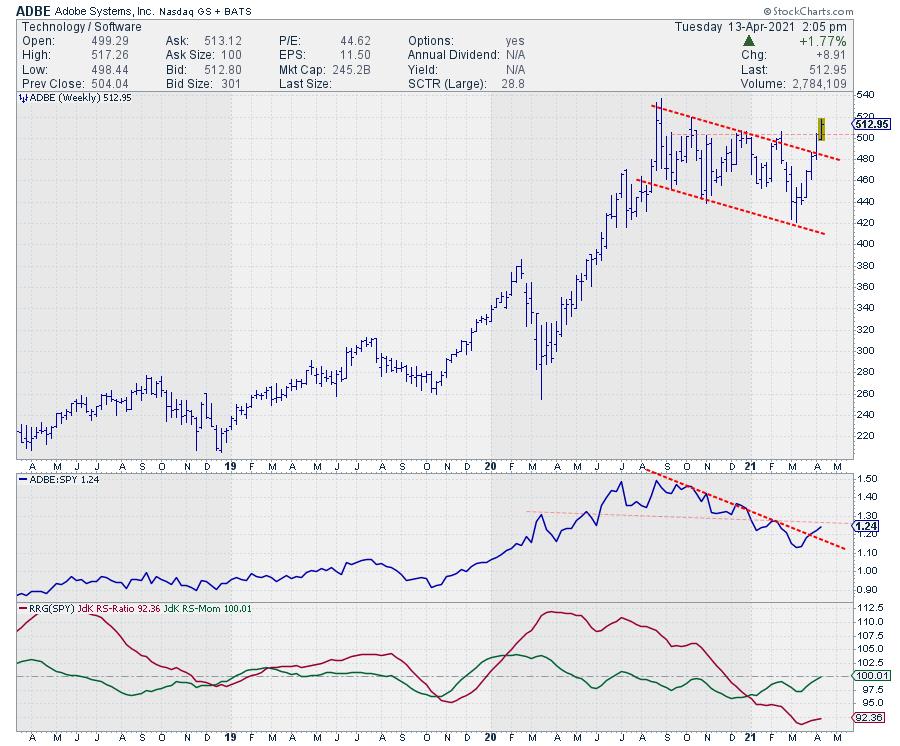 In the last two weeks, ADBE rapidly improved on the price chart and even took out the short-term falling resistance line, as well as horizontal resistance over the last three peaks. Relative strength followed and broke above its falling resistance, causing the JdK RS-Momentum line to pick up speed and approach the 100 level.

This means that the RRG-tail is now crossing over into the improving quadrant from lagging. Of course, there is still the possibility for a rotation on the left hand side and back to lagging from improving, but I'd rather switch now, and maybe get back in later, than stay on the wrong side for too long. 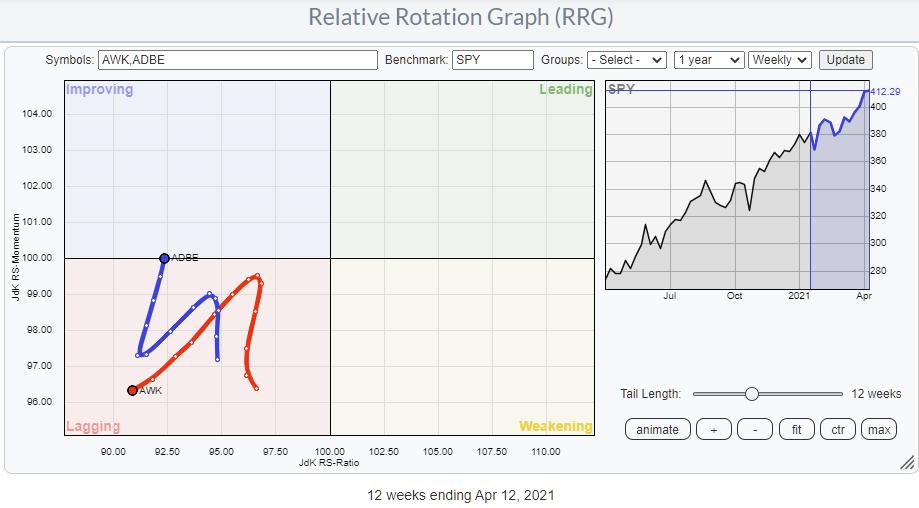 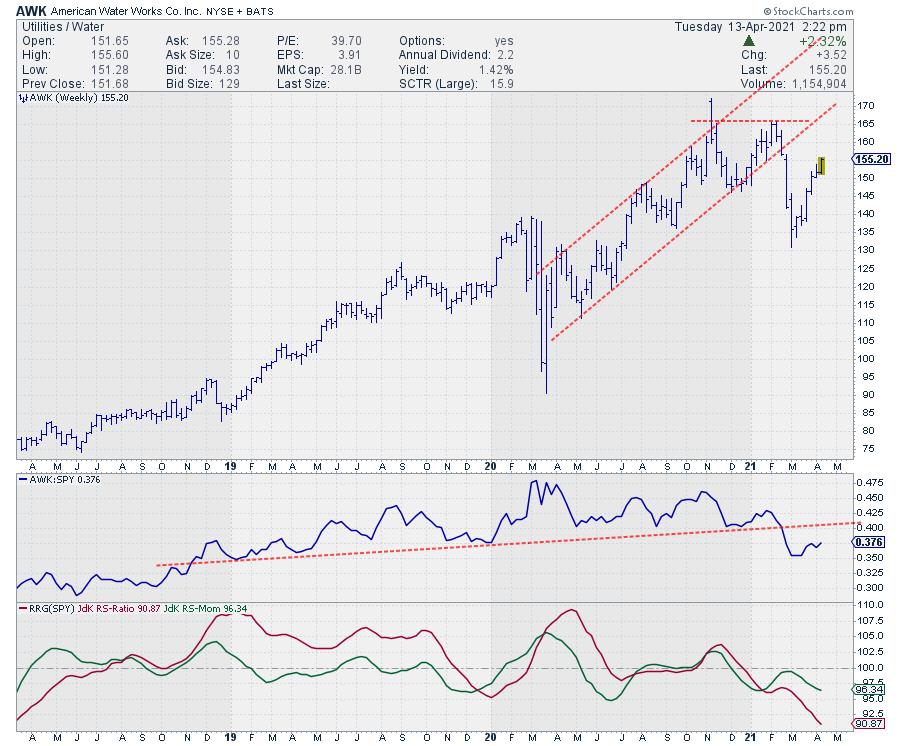 For the replacement on the short side, I went to the Utilities sector. On the sector RRG, XLU is positioned deep inside the lagging quadrant, the lowest ranking on the JdK RS-Ratio scale, and is still heading lower.

Zooming in on the individual stocks reveals AWK at a long tail, diving deeper into the lagging quadrant against XLU. And even more so when compared with SPY. The break from the rising channel is clearly visible on the price chart above, as well as the start of a new series of lower highs and lower lows. The recent rally has to be seen as a recovery within the newly established downtrend.

The break in relative strength cannot be missed. After a gradually rising RS-Line for two years, AWK's relative strength vs SPY is now starting to pick up downward momentum. This causes the tail to rotate almost opposite to ADBE, which makes it a good replacement on the short side.

Here's the summary sheet with the current positions that I showed in Sector Spotlight. 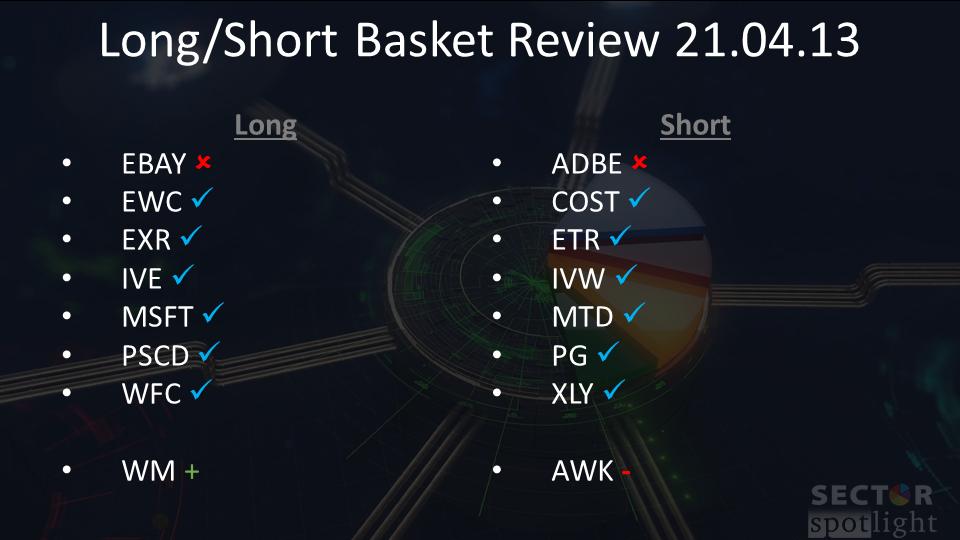