Stocks got 'clocked' - while most of Wall Street remained mesmerized by an upcoming Apple Watch (and perhaps other devices) press briefing Monday. In our projection Thursday for the response to the Jobs number; we called for a knee-jerk dip, rebound, and then probable serious decline to unfold.

It was 'time' for this kind of market behavior; telegraphed we believed all week long. I even described the preceding few sessions as an exhausted 'dome' of selling on rebounds; as part of the 'Battle Royale' targeted to occur first above and then below the E-mini / March S&P futures at the 2100 level. 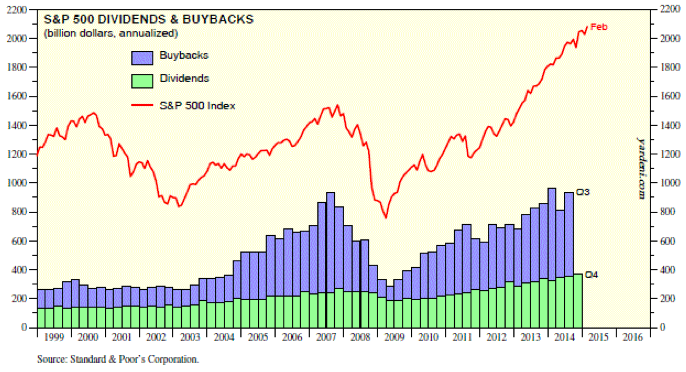 During this slug-fest, we constantly shorted rallies for intraday traders, and on a couple occasions even scalped a long or two for expected rebounds. At the core of our assessment: the idea of a 'sharper' break coming; while a 'watch' without a second hand can't measure it that precisely. We did quite well, and appreciate hearing from several members who caught it nicely; because I made a point of rebounds starting to come from below, rather than above, the 2100 level; which was indicative of the 'rounding top' starting to give way.

In fact, I believed the alternating moves increasingly gave 'credence' to March S&P 2100 futures as a 'pivot' point this week; even though a week earlier we called it more of a psychological level, that could become significant technical battleground if we had the kind of behavior called-for in the week just past; as we indeed did. That's why all week called this a 2100 'Battle Royale'. 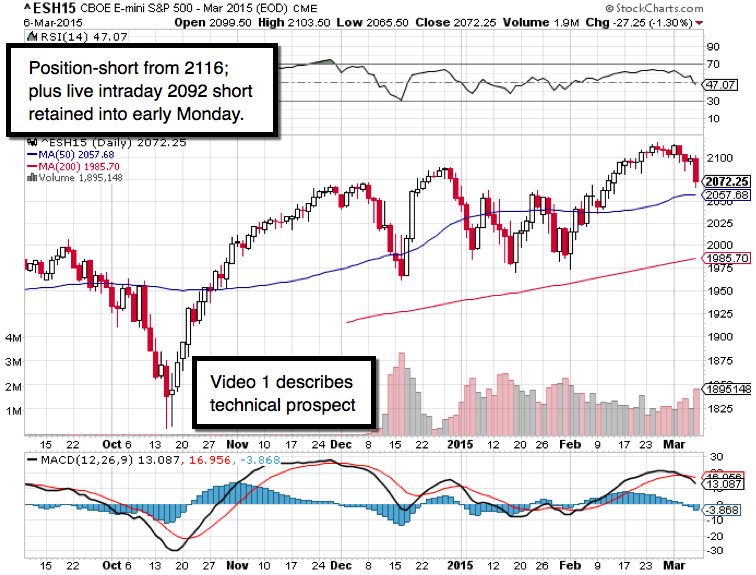 Defensive or bearish 'skin-in-the-game' was represented via the position short at 2116 in the March S&P; aside from intraday scalping or trading moves. On Friday we an intraday short-sale into the early rebound at roughly 2091-2092, worked-out in fine fashion; resulting in 20 handle or so gains (at this point).

In addition to the S&P 2116 short-sale guideline, the 2092 (designated Friday short for our intraday members) is retained over-the-weekend which is rare of course; but held given concern not only for Monday's opening; (and more). 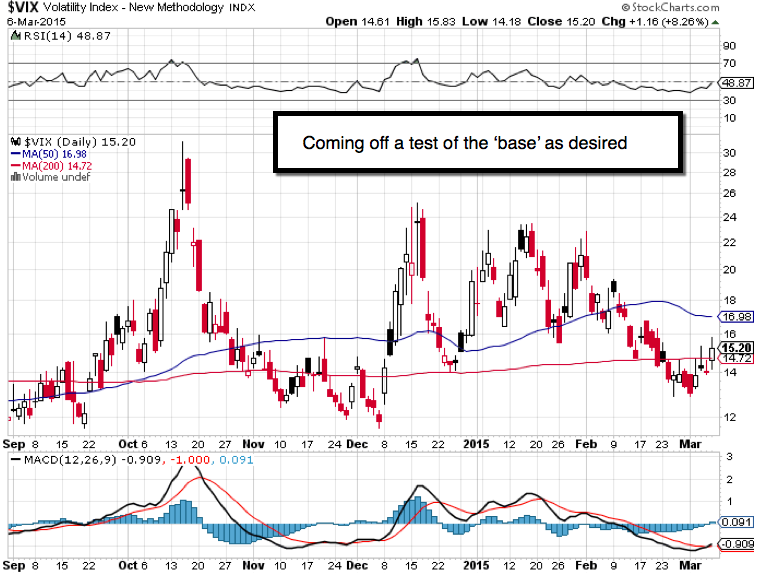 Speaking of next week; there are plenty of pitfalls looming; but rebounds will likely be attempted before they throw in the towel more dramatically. Apple's presentation may become (we explore what may come both in product and in technical behavior for the stock in the full discussion).

The Fed has not sold-out; but must move off the zero rate policies in a 'timely' manner too, now that the 10 and 30 year continue to hint at a Fed behind the curve, as we've mentioned before. Suffice to say Jobs' gains are laughable in a sense, as the BLS seemed to ignore energy sector layoffs. (More details.) 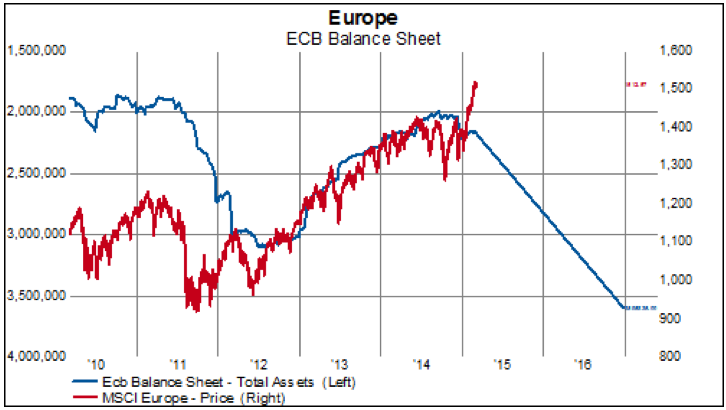 Bottom-line: while shy of panic; Friday's decline was not only anticipated in an ideal fashion; but starts timers on a potential sequence of moves. These of course may not immediately result in a 'cascading' decline; because there's a lot of hand-holders and interests that will try to find an early base and revival.

Daily action - recalled history; with 'good news seen as bad news' (though spun by the BLS incidentally, as they ignored the Challenger more-realistic energy industry layoff survey); and the market's brief rally leading to just the kind of sell-off we described in Thursday night's report.

We were skeptical of the Fed's persistent 'emergency' rates; skeptical about the ECB moving in the same direction; allowing for counter-trend rebounds (even possible in the Euro briefly; within context of the ongoing decline from the 1.40 level we've outlined for so many months); and skeptical about global debt levels, and that even relates to bond 'supply'.

(Note: global debt risk will be a focus in Monday night's Daily Briefing.) 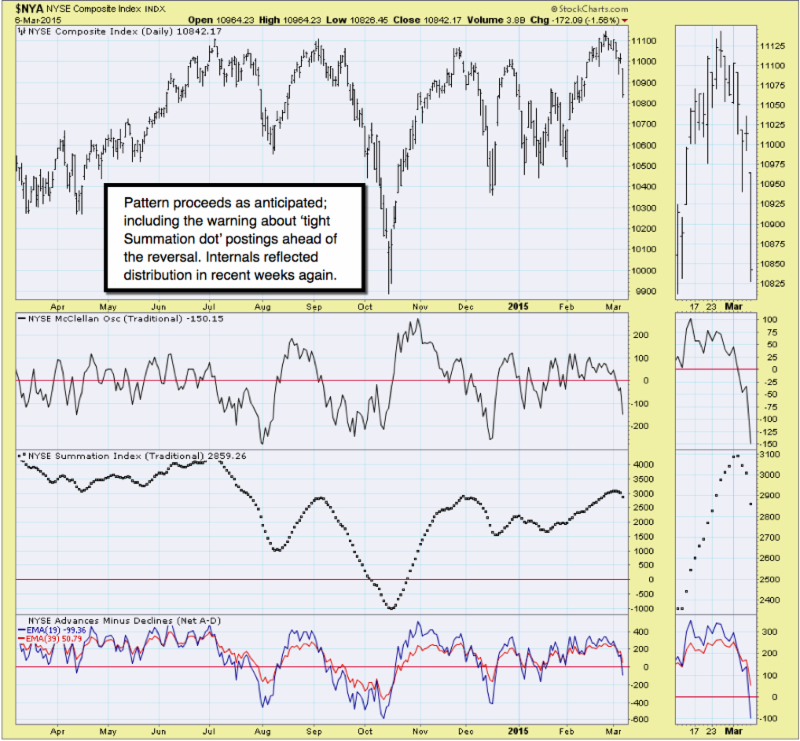 The Dollar's strength we forecast contributes to global systemic risk; arising in various forms, including societal discord and competitive devaluations we're aware of over the year past. (Discussion of circulating Debt for our members.) 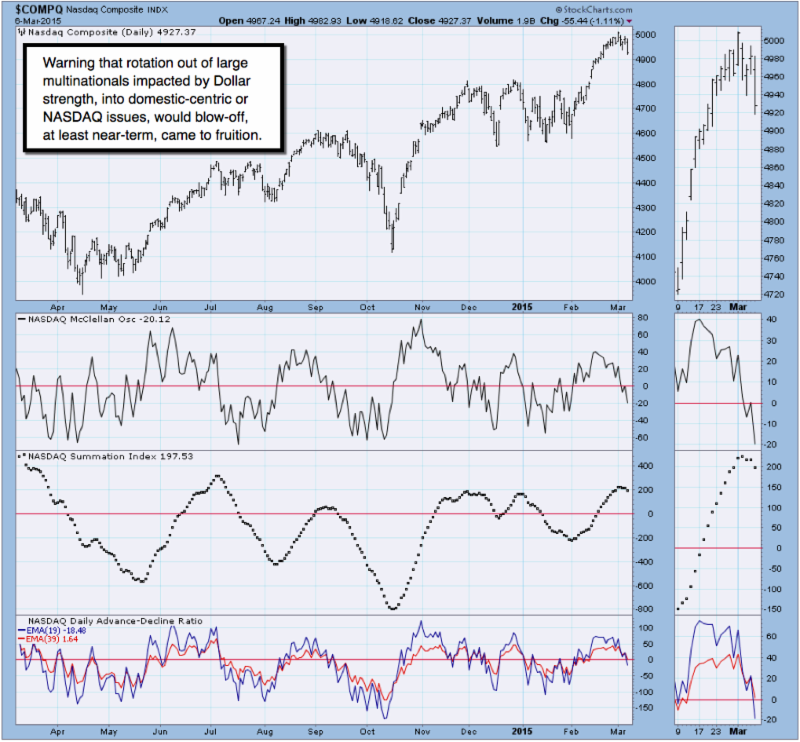 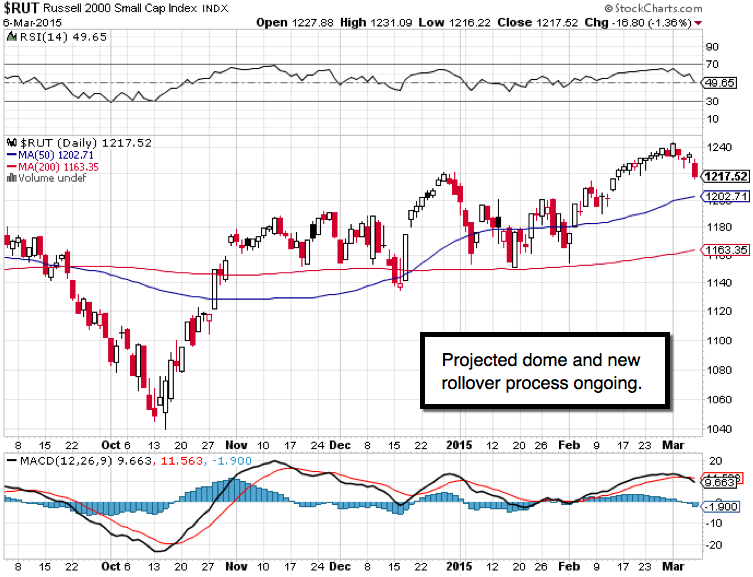 Dismal data dashes dreams - even for delirious stimulus plans like Draghi dove into on this Thursday. From February's start, about 50 US macro data items have missed expectations while less than 10 have beaten estimates.
While everyone's well aware that markets can stay irrational longer than any trader can stay liquid, one has to wonder just how long this combat continues before even the most effusive Fed official or delusional bullish strategist has no choice for to admit there's a problem with extending this market further. 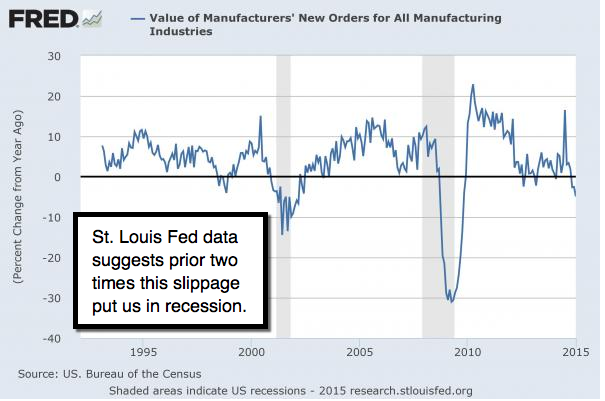 Bottom-line: this market, as alternating swings attest to, is seriously illiquid. Given the length of current economic expansion (redacted), the fact that the Fed is still extracting liquidity from markets (draining capital that might go into productive uses), stoked continuing trend in higher margin debt, and the S&P extension (raised) cause for real concern.

A river of 'denial' - about risks, about Oil, about Europe, and about nuclear deal prospects with Iran, dominated the markets, which were eroding before PM Netanyahu's rather forceful, but historically classic, speech (Tuesday).

Denial of the terrorist threats, denial of sub-prime loans bolstering the auto industry; and denial of the impact of shifting monetary policy..all contribute to point-and-counterpoint bull / bear debates. However, 'denial' is not a river in Egypt, and clarity in understanding where things 'really' are; geopolitically or economically, play a role in comprehending the risk-profile from this point. 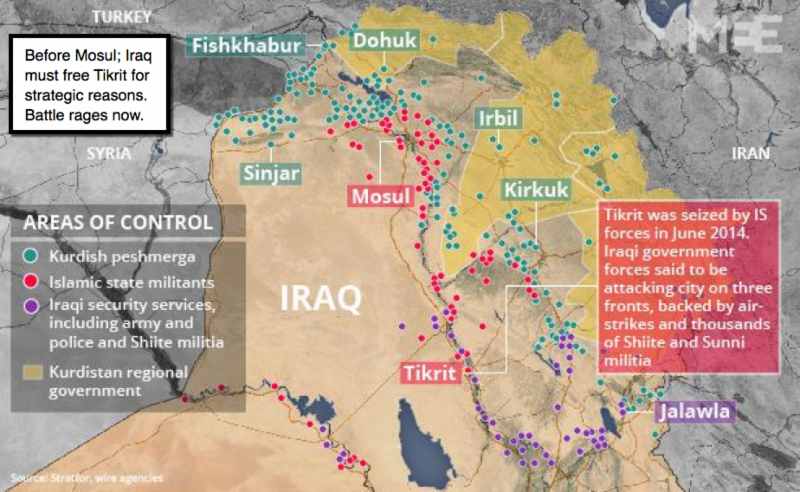 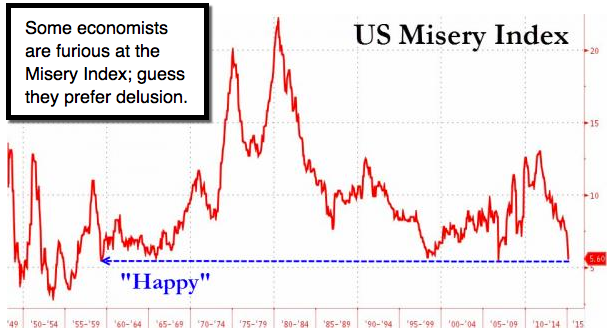 In sum: the Congressional Budget Office is warning again about raising debt limits; which happens to point out why the Fed needs to repress real growth. 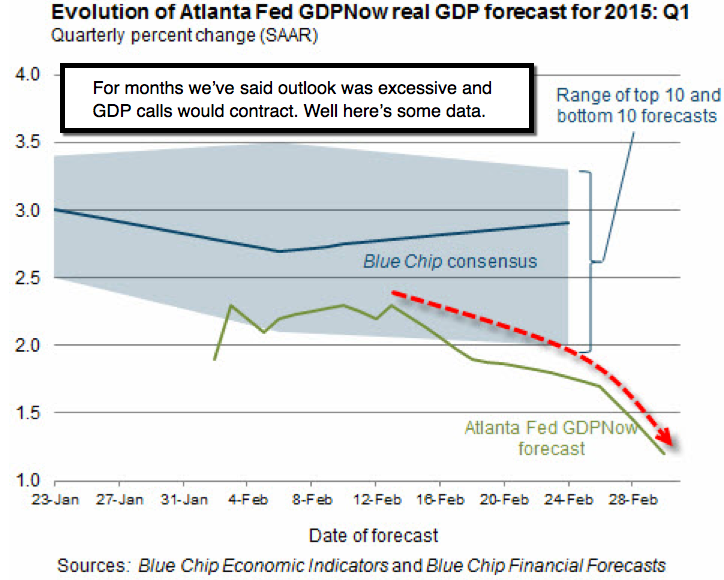 Rebounds kept occurring because of fear, not optimism. They wouldn't let go, which took us back to: 'something's got to give'. Even after this break, it remains treacherous, even if they say 'risk isn't or wasn't foreseeable'.

Join us for a likely exciting and volatile trading week!