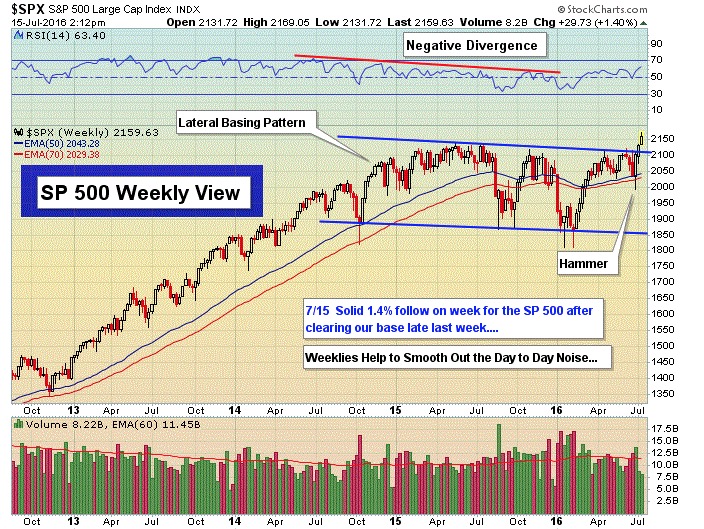 This has been one crazy market for quite some time now. The endless overall up trend has been with us for seven plus years. The last two years have been a time for consolidation in to the teeth of some very bad news. When bad news can't sell a market you understand it means that it's simply basing and waiting on the right combination of news to try the next leg up. It finally came in the form some good employment numbers. Job creation reached a level that allowed the bulls to race onward and upward. Prior to that report we were dealing with a series of bad reports on the jobs, Ism manufacturing and Ism services numbers. The market simply couldn't find a catalyst. Earnings were on the decline as well and still continue to this point. The market bears tried to get the market down as bad news kept hitting from everywhere but they just couldn't get the job done consistently. They'd get a nice down move but couldn't seem to ever follow through. The bulls would come in and save the day. After a certain period of time the bears started to give up. A terrible Ism manufacturing report wouldn't sell things off. A bad jobs wouldn't sell things off. Terrible earnings would hit a particular stock but it wouldn't hit the market. If you get hit over the head time after time you eventually want the pain to stop. That's what happened to the bears. The pain was getting out of hand and thus they simply walked away. The bulls took full control once the Brexit selloff occurred and it was off to the races and the market hasn't looked back. The bulls remain in full control above 2100-2134 on a closing basis with nothing out there at the moment to stop the bulls from advancing things up and away other than overbought conditions from time to time. It hasn't mattered. The bull is alive and kicking. 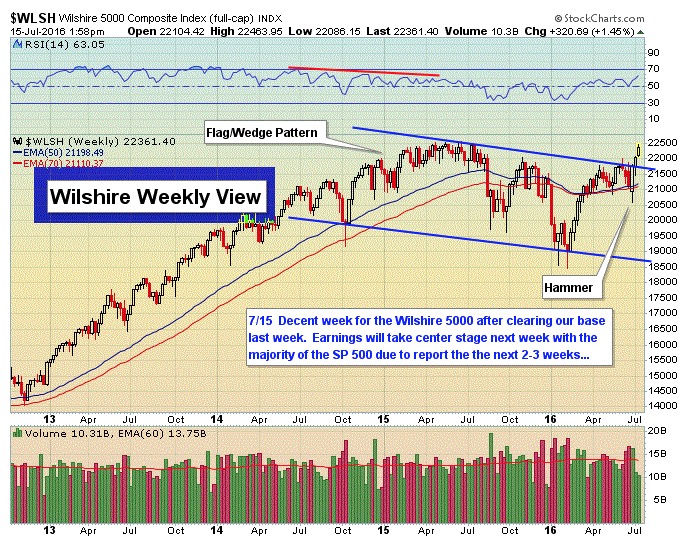 The market did get some truth yesterday in the from of Mr. Fink. He runs the worlds largest fund. He's extremely well respected with many considering him the perfect fit for the fed when Yellen steps down or is let go after the elections. He said quite bluntly that stock prices don't make sense at current levels. When he speaks the market usually responds. He clearly wasn't bullish with that type of statement yet today the market said who cares. He's wise and understands the bubble that has been created. He doesn't know when it'll burst and neither do any of you. No one can predict the end of mania. We know that we are seeing the first signs of froth hitting the market. We had our first .40 put/call reading yesterday in quite some time and I feel quite sure the bull bears spread will be in the 30's next week, possibly as high as 35%. The froth is ramping now as have broken out. If we get towards 2250-2300 the bull bear spread will be reaching the 40's. That will be the red flag to run for the hills but we shall if we ever do make it that high. 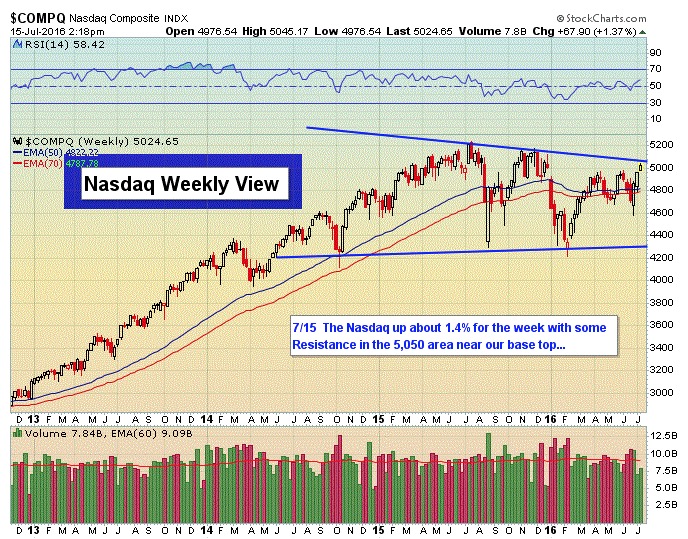 While it seems likely, the disconnect is so bad I always worry that the dance will end without warning. No way to know. What I do know is the disconnect is being seen and understood by the very best in the business. It'll all end badly some day but no one knows when and what the catalyst will be. For now we have major earning ahead of us with the majority of the SP 500 due to report over the coming 2-3 weeks so lets see if we get any improvement.  Be careful and enjoy the bull while it's with us. 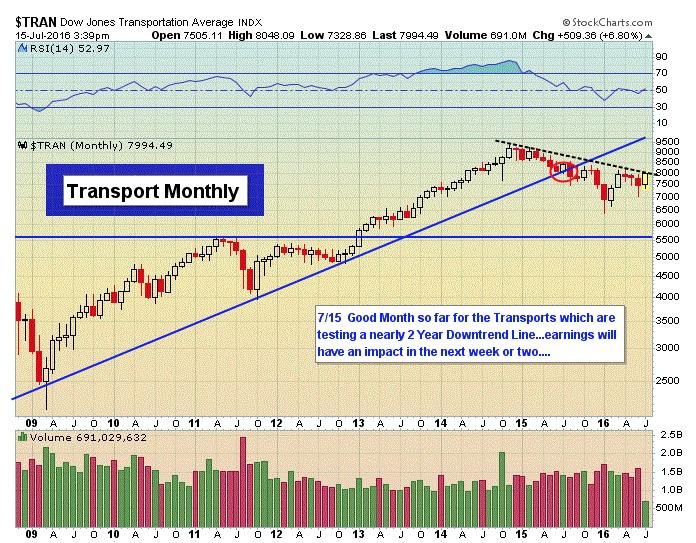