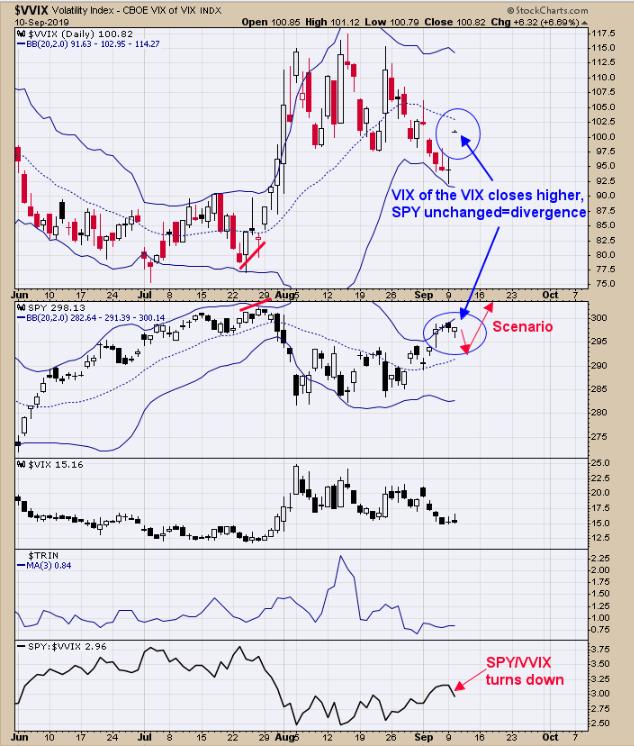 Above is the Volatility Index ($VVIX) for the VIX (VIX of the VIX). The VVIX trades opposite to the SPY and, when there is a divergence, a reversal is possible. The bottom window helps to visualize this method with the SPY/VVIX ratio. When this ratio is rising, it's a bullish condition; when declining, it's a bearish condition. Today the SPY was near-unchanged and the VVIX rallied, which is a divergence suggesting a pull back in SPY is likely. We are not looking for a big pull back but more then what we have had up to this point. Ideally, if the market does pull back, we would like to see panic readings in the TICK and TRIN to trigger a bullish setup. Tomorrow is September 11 (remember 2001 September 11), which could represent a cycle turn date. Sold SPX on 8/27/19 at 2869.16= gain .77%; long 8/23/19 at 2847.60. 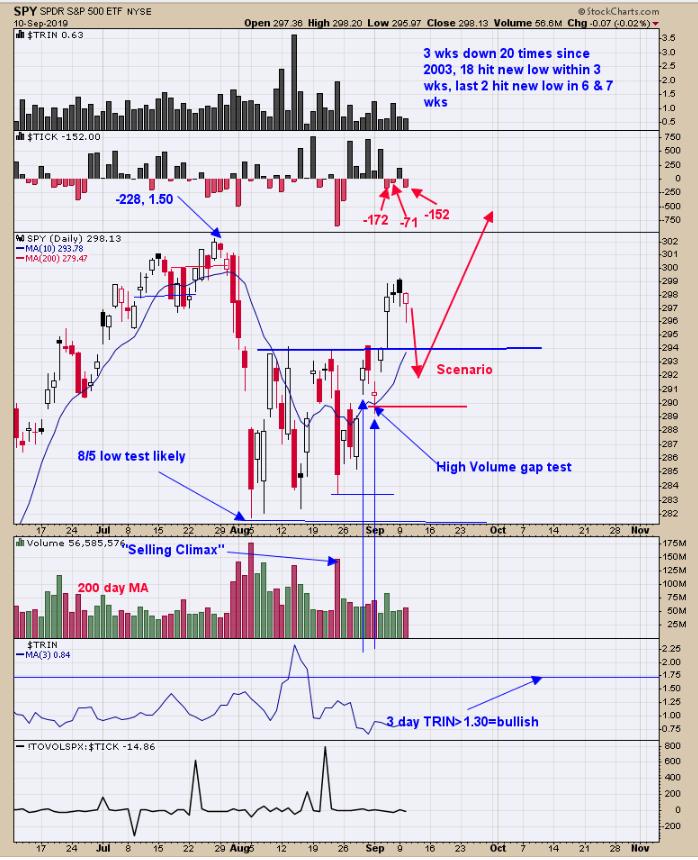 SPY appears to be stalling, and a pull back is possible in the short term. During three of the last four days, down TICK closes were recorded even though the market was near-unchanged, which are a bearish sign. There is a chance the SPY could pull back to the 290 range. The low of September 3 (290 range) marked a gap fill for 8/29 on higher volume and suggests the September 3 low may be tested again, the reason why the 294 support could be broken. If the 9/3 test comes on lighter volume, that would imply support and a bullish sign. A timeframe for a low could come this Wednesday, which is September 11, and a new high during the FOMC meeting, which is September 17 and 18. Things may change, but this is one scenario. Being patient for now. 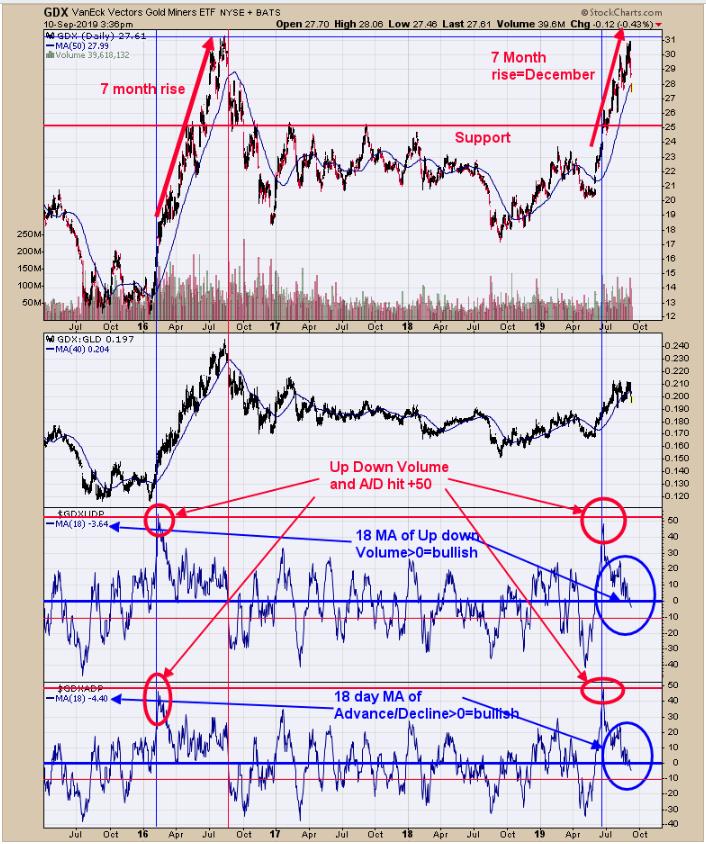 The two bottoms windows are "18-period MA of the Advance/Decline" and "18-period MA of the Up Down Volume". In past reports, we have said that when both indicators drop below -10, a longer-period GDX consolidation is anticipated. Monday's reading for the Up Volume indicator came in at -3.64, modestly down from Friday's reading of -2.32. Monday's reading for Advance/Decline was -4.40 and modestly down from -3.94 on Friday. GDX at today's close is near-unchanged and mostly likely will have little effect on Up Down Volume and Advance/Decline indictors readings. Our favored scenario is where both indicators hit +50 at the start of the rally, meaning the rally can last another seven months. The last time both indicators hit +50 was back in early 2016 and GDX continued to rally another seven months. This past May, both indicators again hit the +50 range, opening the door for the current rally to continue into December, which is the seven-month period. However, if both indicators mentioned above fall below -10 at any time, we will have to reevaluate. Long GDX on 1/29/19 at 21.97.