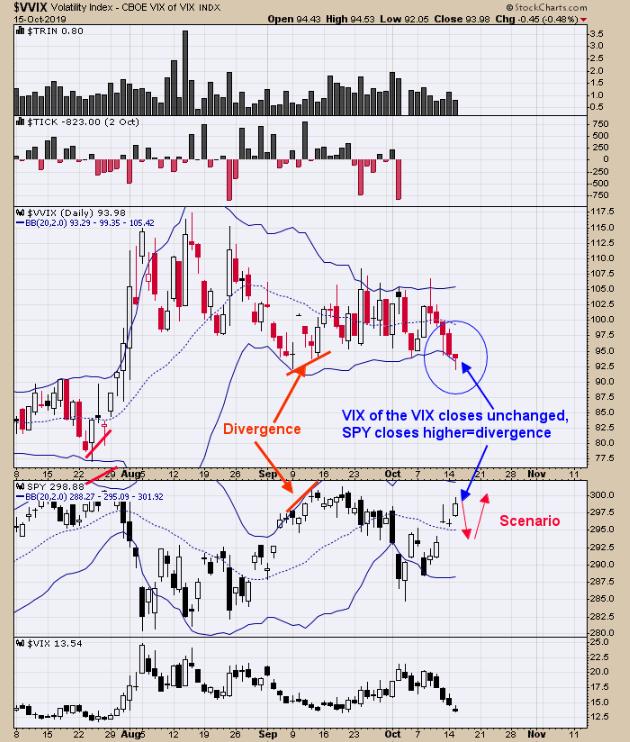 Above is the chart of the VIX of the VIX (VVIX). The VVIX trades opposite of the SPY. Today, the SPY was nearly up 1% and the VVIX was almost unchanged, a short term divergence. SPY gapped up Friday and this divergence may mean Friday's gap may be tested before heading higher. Intermediate-term trend appears up, but a short term pullback is possible. 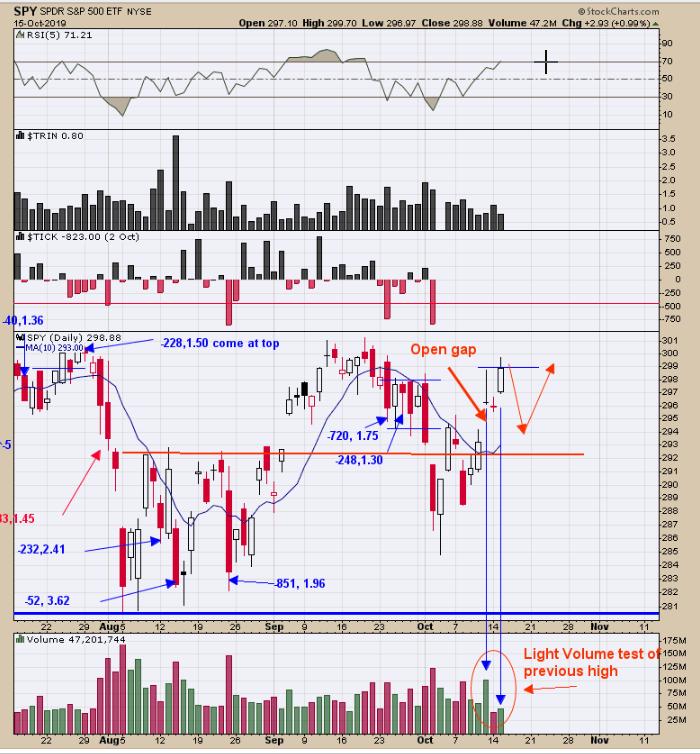 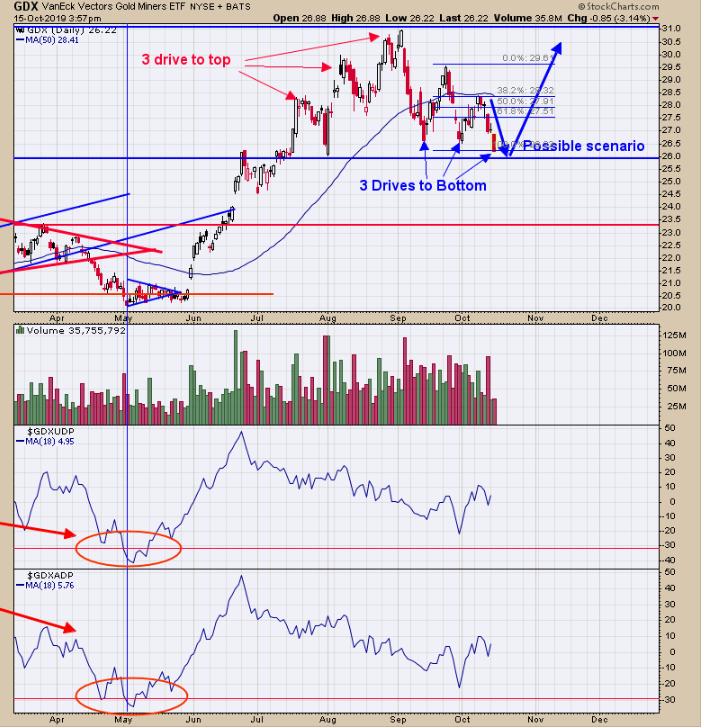