There are times to be more aggressive in the market and other times when it makes some sense to lay low. To me, sitting more on the sidelines for the moment is not a bad idea.

For example, I wrote an article on July 15 where I made the case that the reward-to-risk had shifted to the upside, and that we could have hit the bottom. And, at that time, my target on the S&P was in the range of 4150 to 4170. Guess what? As you can see in the chart below, we hit that target this past week. And so it could make some sense to be a bit more patient here and let some natural profit-taking take place. 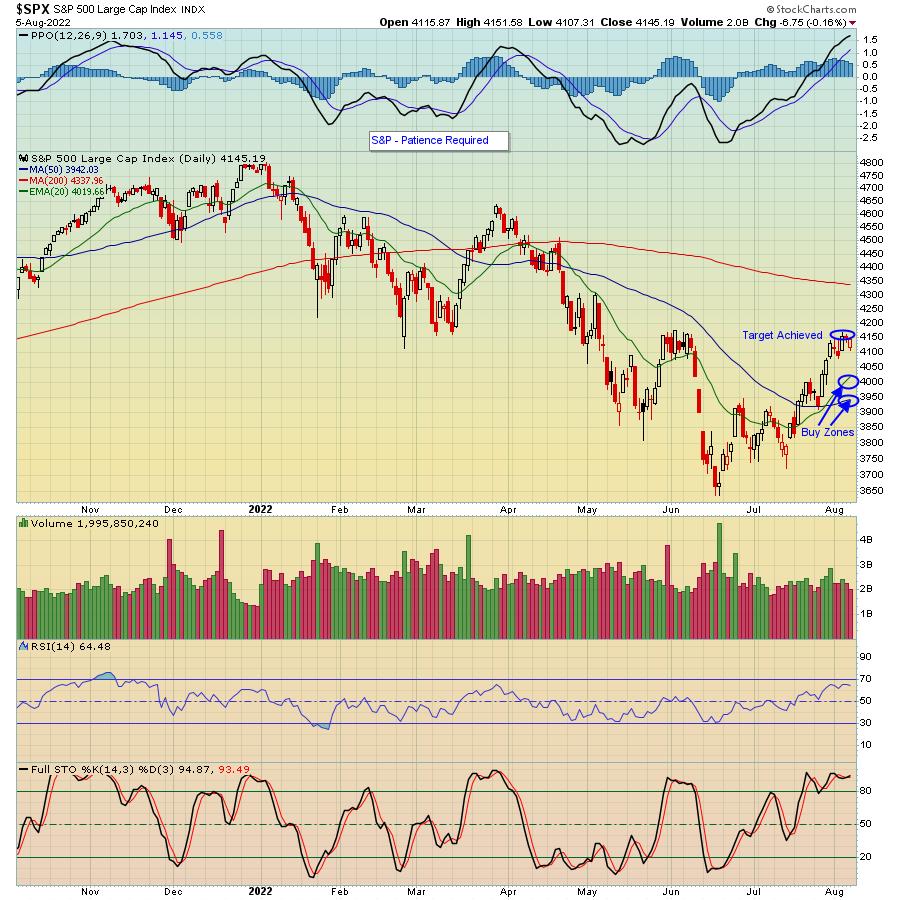 Could we go higher? Absolutely. In fact, our Chief Market Strategist, Tom Bowley, who declared the June 17 bottom (The "Bowley Bottom"), believes we are just at the beginning of a secular bull market. But he also has pointed out that we're seeing some negative divergences across the board, which means we could see some pullback before further moves to the upside resume.

Thus, from my perspective, it could be a good time to "sit on your hands" until the reward-to-risk once again favors an upside move. And though one could argue you could put some of your capital to use on the short side, it gets tougher to make successful trades when the bulls are in charge.

For sure, we've seen a sentiment shift, with traders now more willing to consider "buying on the dips." But there's no need to rush in here; the S&P has risen over 14% since the Bowley Bottom. And if the market continues to go higher? That's fine. But having some cash ready to take advantage of inevitable dips makes a lot of sense.

In the meantime, if you would like to regularly hear what Tom Bowley thinks about the market, just click here to sign up for our FREE EarningsBeats Digest and you will get timely updates every M, W and F in your inbox.