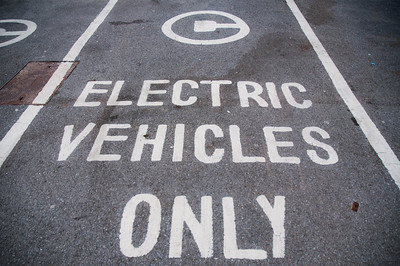 During the 4th quarter of 2019 Tesla came to life and leaped out of a multi-year trading range. Tesla's recent appreciation is likely indicating a period of robust business expansion for the electric automobile manufacturer (and battery producer). By some estimates there will be 15 new Electric Vehicles (EV) on the market by the end of 2020. All of these EV models will be equipped with battery packs primarily composed of lithium. The demand for lithium is ramping. Let's have a look at lithium stocks to see if they are confirming the recent move in TSLA and the upcoming surge in EV production. 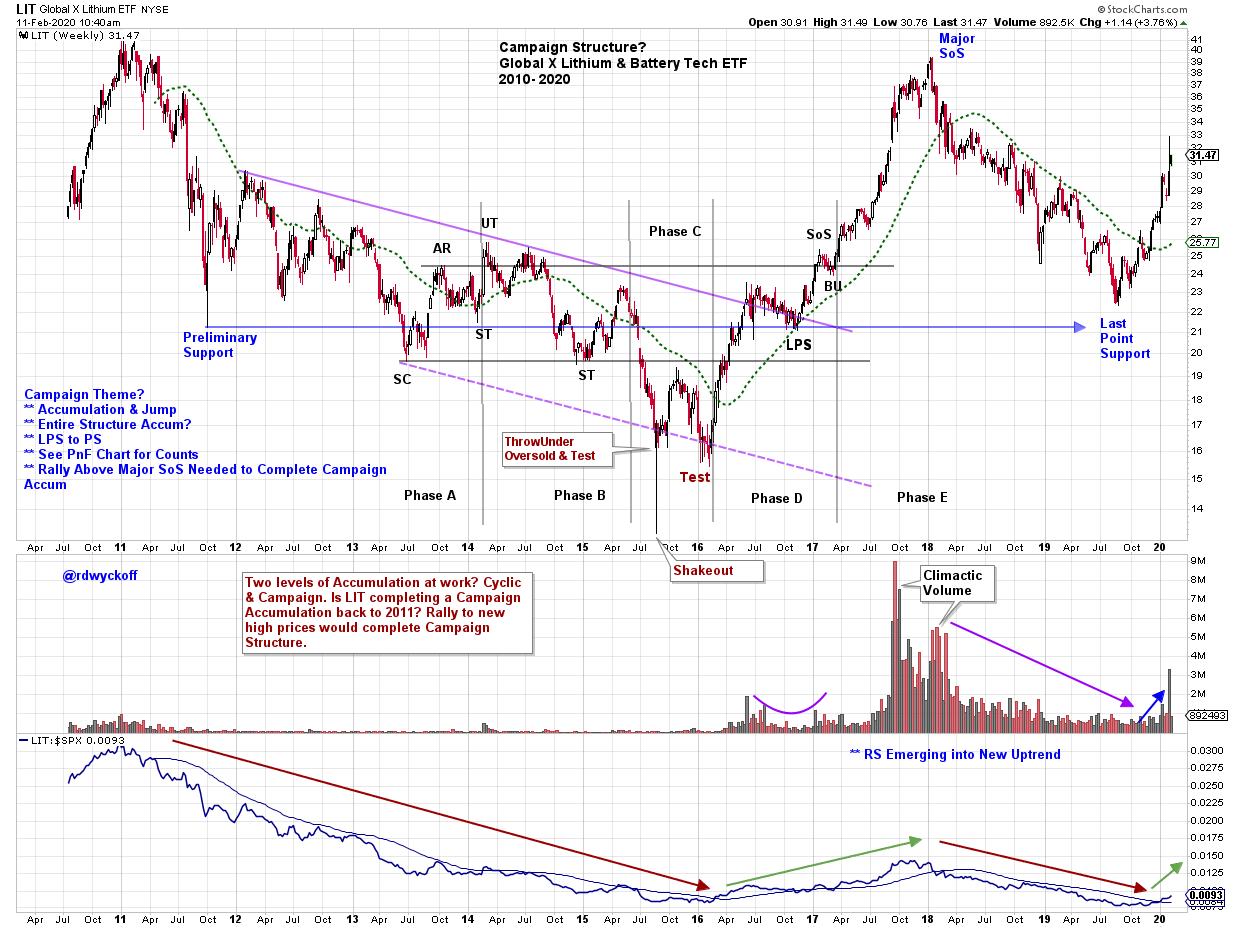 Lithium & Battery Tech ETF (LIT) is our surrogate for participation in the Lithium Battery industry (click here to read more about this ETF). Note the classic Wyckoffian Accumulation structure formed into early 2017. This multi-year base had a dramatic Shakeout and Test to conclude the decline in 2015. A Change of Character in price catapulted LIT out of the Accumulation. During 2018-19 LIT became weak again, returning back to the prior Accumulation. We must ask, Is there a larger Accumulation at work here? Now that LIT has pivoted upward again is a bigger base being completed? If so Lithium, as an investment theme, could become a major campaign. Tesla is a holding in LIT and could influence overall performance. 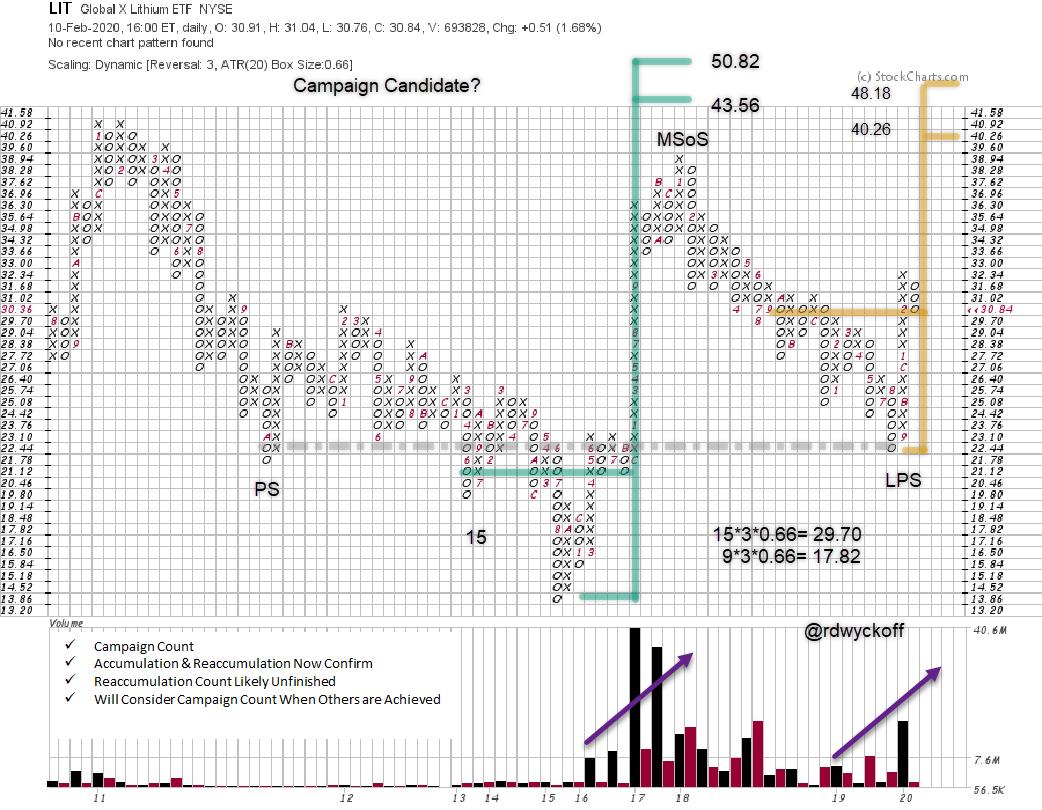 The Point and Figure has three distinct Count areas to consider. The original Accumulation Count (in green) was followed by a dramatic ‘Catapult Wall' that reached $39. Massive volume on the price surge is a demonstration of a new level of Demand. This volume became Climactic and LIT declined thereafter into late 2019. Note the Selling Climax into the 22.44 price level. Price reversed dramatically upward and volume reemerged. We take a conditional PnF count here and it confirms the Accumulation Count. This Reaccumulation count could grow larger if LIT stalls here prior to a continuation of the rally. If and when these two PnF counts are achieved we will then take the Campaign Count that reaches back to 2011. 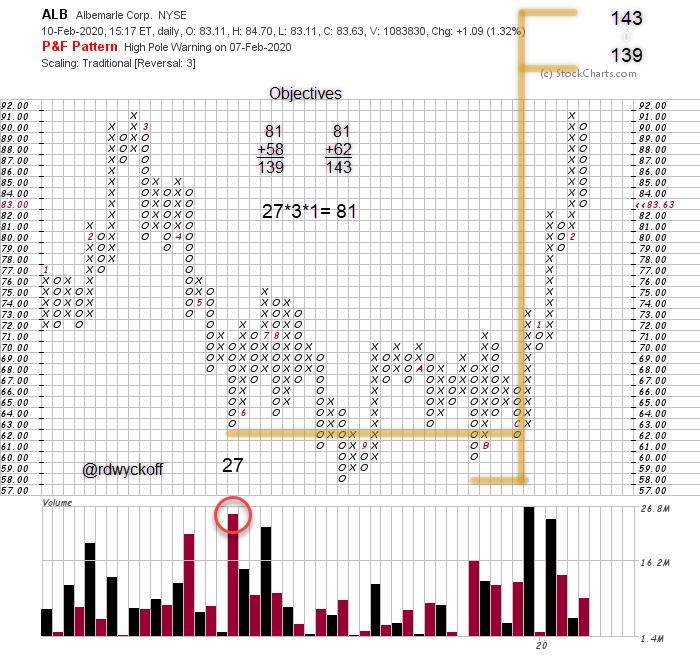 Take some time to study the individual holdings in this Lithium ETF. A dramatic campaign could be straight ahead.