With another big move in stocks and bonds, the underlying trends have accelerated even further to become more extended. The only thing we can do at this point is respect the trend. The downtrend is too strong to justify longs and too oversold to justify new shorts. The ability to become oversold and become even more oversold reflects an enormous amount of selling pressure. Over the last nine trading days, QQQ is down 9.11%, SPY is down 10.64% and IWM is down 13.62%. In fact, we do not need indicators to tell us the market is oversold. On the price charts, the major index ETFs formed high-volume hammers on Wednesday, but opened weak and plunged on Thursday. Estimating short-term support has become a lesson in futility. Even estimating short-term resistance seems futile in such a downtrend. In any case, broken support levels and the late July trendlines mark the first resistance levels to watch should an oversold bounce take hold. 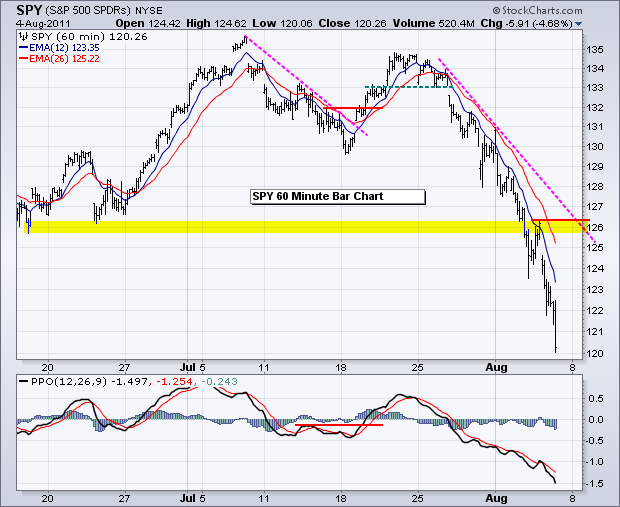 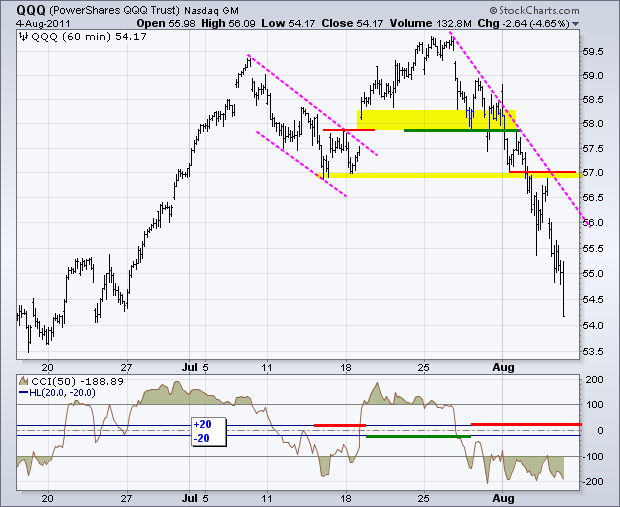 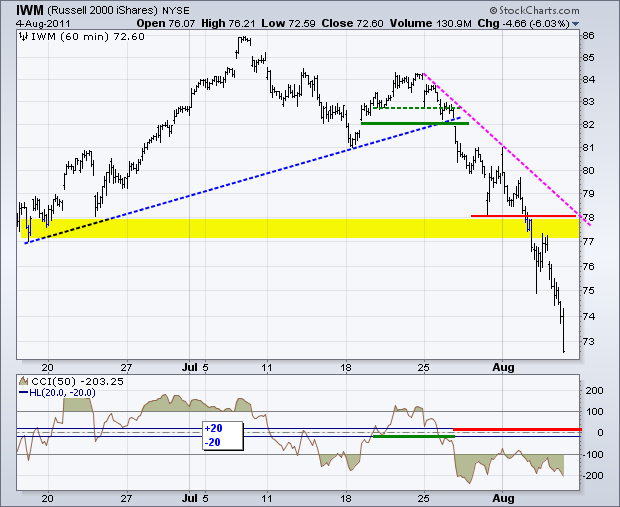 The 20+ year Bond ETF (TLT) is now up over 10% in the last two weeks. This is a huge move for bonds. There is clearly some fear out there with investors willing to buy instruments that yield less than 3% over a 10 year period. But don't let the low yield fool you. There is also a capital appreciation side to this story, which far outweighs the yield. Many buyers are looking for a trade, not a 10 year holding. 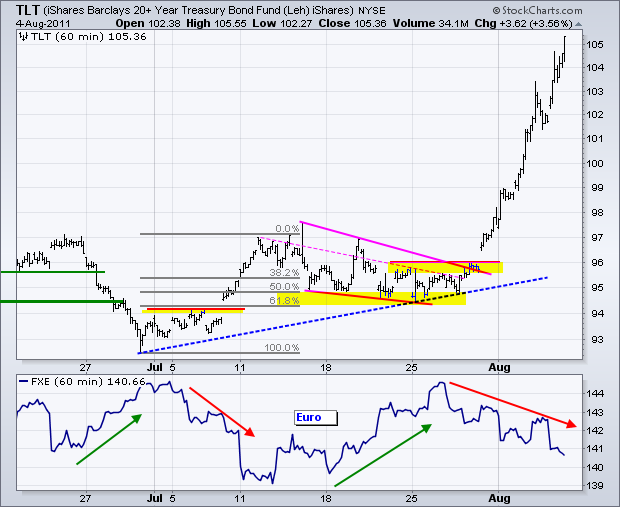 The US Dollar Fund (UUP) broke resistance with a gap up and strong close. The combination of Euro weakness and Yen intervention pushed the US Dollar sharply higher. Money moving into bonds also helped because foreign buyers must have Dollars to be US bonds. The 3-month T-Bill Yield ($IRX) plunged back to its July levels as money sought short-term refuge in T-Bills that yield next to nothing. Throw in some inflation and the yield is negative. 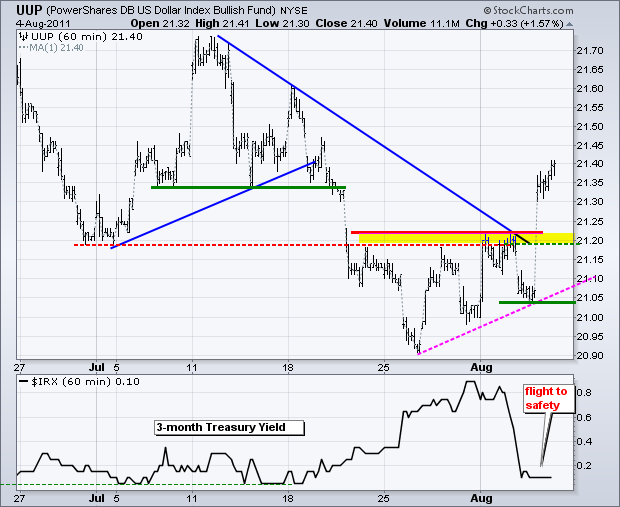 A plunge in stocks and surge in the Dollar was more than oil could handle. The 12-Month US Oil Fund (USL) declined over 5% on Thursday and is down over 10% the last two weeks. Broken support and the July trendline combine to mark resistance in the 42 area. 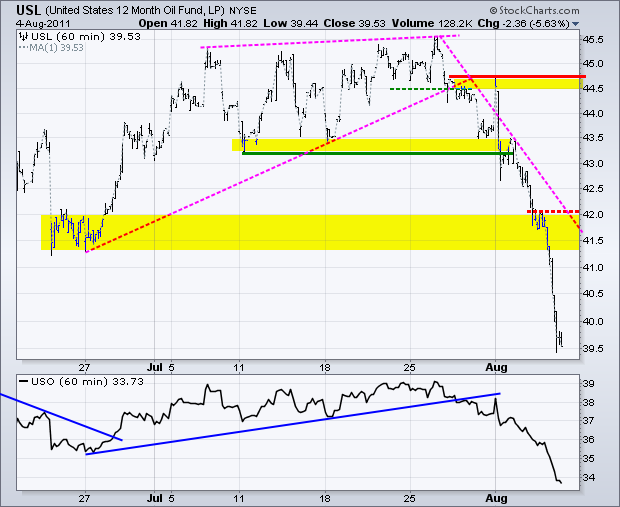 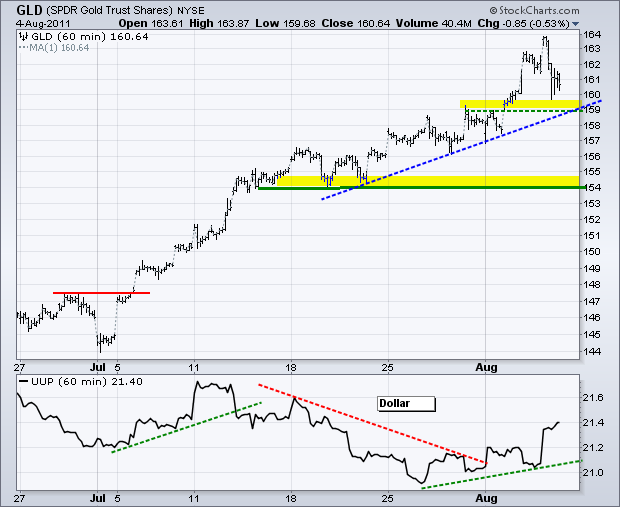