On Friday, Art Cashin was commenting  about the jobs report and said it was not too hot and not too cold. Just Right!!! The world loves Art Cashin and I do too. The problem as I see it is there are still bears in your kitchen eating your porridge. 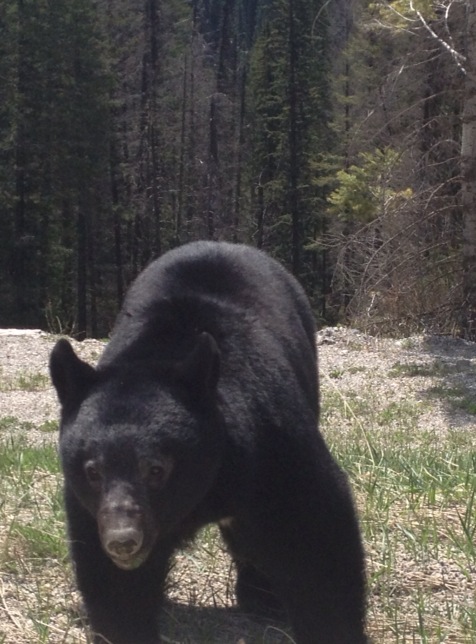 While the sunshine continues to shine on the US index,  but the fog is rolling in on other global markets.

All four commodity countries that I track are below the 200 DMA. That would be Australia, Russia, Canada and Brazil. The Hang Seng and the  Kospi are also below the 200 DMA. The Shanghai market sits just above but is closed till Thursday.  The $NIKK has had a parabolic spike in Japan and I think we are currently retesting the high on much lower momentum. The Japanese GDP at 4.1% was very bullish and I may be wrong but I have trouble investing in parabolic moves of 80% in 6 months. The Bombay Index fell below its 200 DMA in todays trading. So almost all of the Asian indexes are under the 200 DMA as are the commodities countries.

All three of the major European markets are still well above the 200 DMA. The $FTSE (London) has had trouble holding up at new breakout levels. It has retrenched back below the 2007  highs  after spending 4 days and two tests of the highs. It looks like a failed breakout currently.

The $DAX (Germany) is less than .1% above the 2007 high after being a full 5% above it recently. This will need to hold as support today as it gets tested.

Spain and Italy both represent economies of 60 Million people each and they have fallen below the 200 DMA in todays trading action. That's not shocking or leading, but it is piling on the facts. They both look like they have just completed the right shoulder of a Head and Shoulders top. This is the second test of the 200 DMA this year after they were in such a strong uptrend since Draghi's comments last summer.

So far, Gold's breakout has failed . Silver and Copper continue to decline. The XLE has negative divergence, so I am cautious energy here. As you may already know the EEM ETF (emerging markets)  is below its 200 DMA as well.

Lastly, I'll conclude with another context. A friend of mine, Maggie, was travelling through the mountains west of Calgary the other day on a road where you may or may not see a bear on a 2 hour drive. Well Maggie saw 8 bears. Black bears, baby black bears, a Grizzly,  and a Cinnamon bear.

I posted the Intermarket analysis presentation I did in Seattle. You can find it here at the public chartlist. Greg Schnell