Last week, I wrote how bullish I was on Copper. It had been breaking a downtrend, and seemed ready to pop. There are many stock charts out there, but I woke up Thursday morning remembering the copper chart from 2011 where I had annotated a comment - saying "Things that make you go hummm".

In what seemed like one of the oddest moves, Copper literally soared after a pullback, immediately reversed up near the prior high and never looked back. Notice the July 2011 surge. 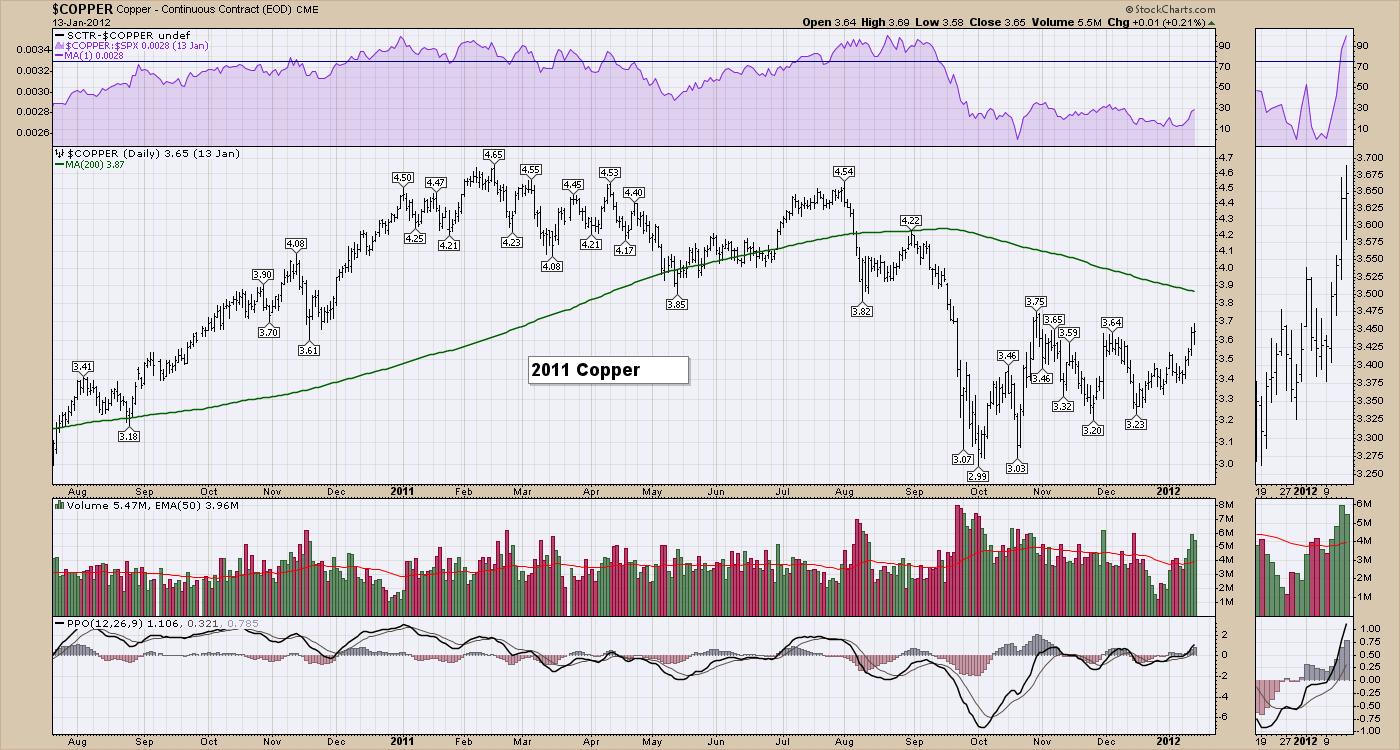 That got me out of bed, wondering if we were living the same chart pattern. Here is the setup after Thursday's drop. 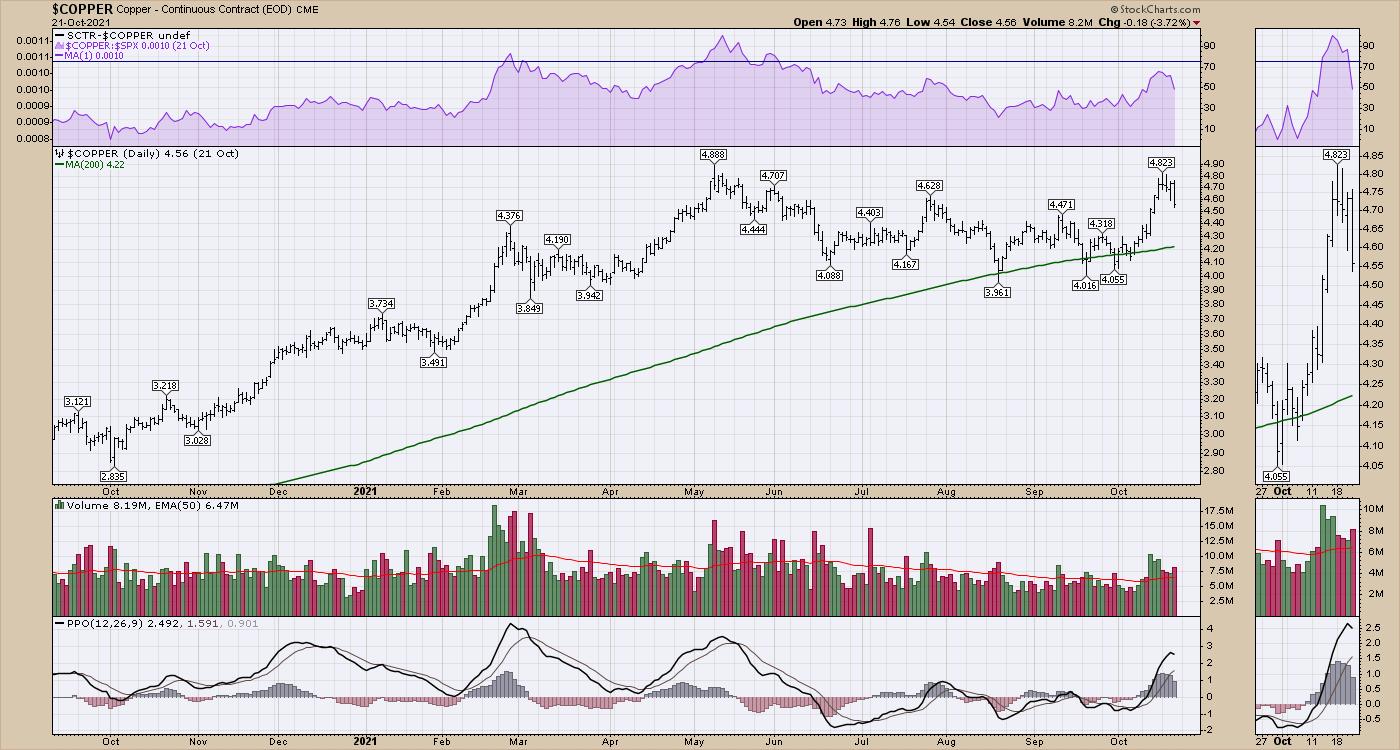 That kicked in a wider view. All of the major tops on the copper chart own the same signature.

1) A spurious run up

2) a pullback from the highs

3) a spurious run up to test the prior high

4) The run comes up just short, at or above the prior highs.

5) Sudden reversal, moving swiftly the other way, trapping longs in the trade. 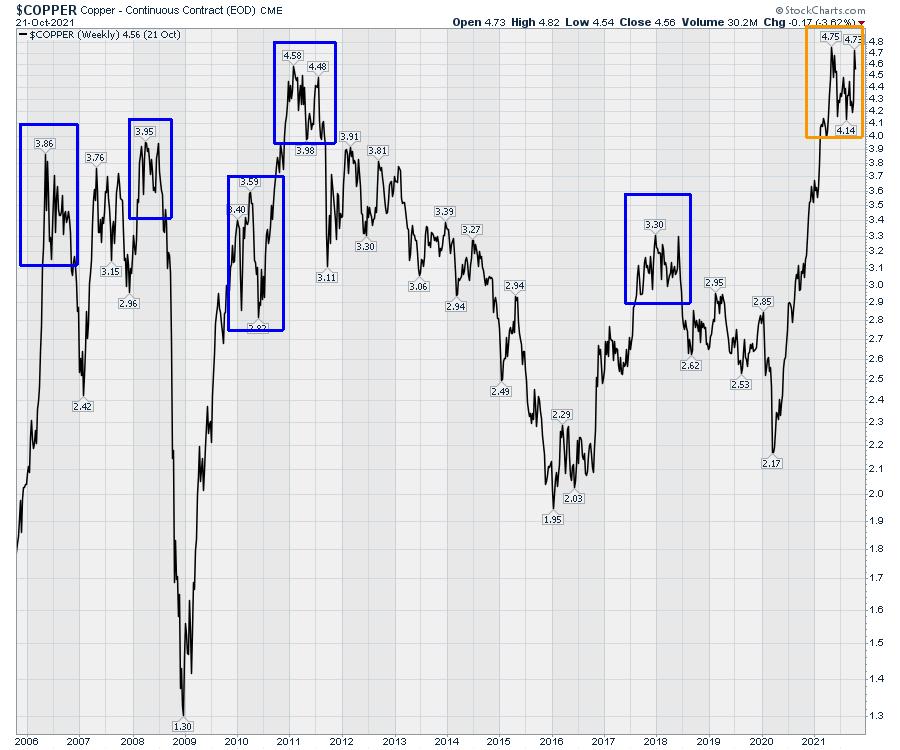 I was also found guilty of chart crime last week when I labelled the Copper chart with a flag pattern. I received a screen shot of the Edwards and McGee pages for a flag pattern, and my 4 month pullback doesn't qualify. So there is that as well. Here was the chart!

I have one last chart to present on the subject, then I'll let it go! The RSI is trying to cycle back above 60 and in bull markets it is typically able to do that. In bear markets it continuously failed there. We could be at a tipping point for Copper.

Secondly, the PPO momentum has dropped meaningfully on the chart. This is typical at all the previous highs. The retest of the prior highs is so sudden it barely turns the PPO momentum indicator up. on the way out of town. 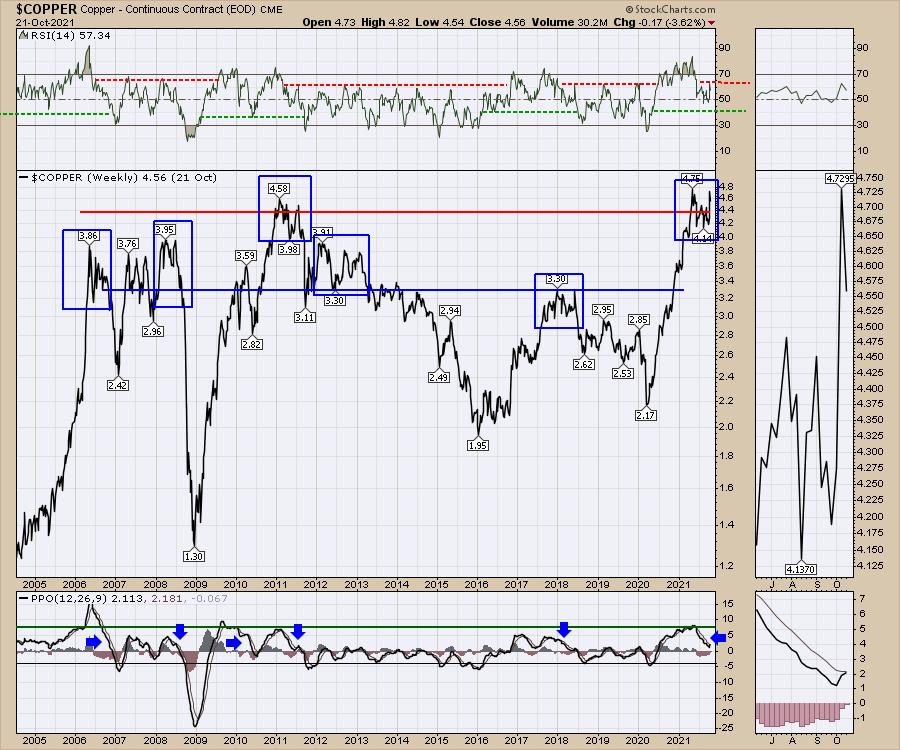 I don't know how this resolves, but I do know it's not time to ignore the wiggles. Trade cautiously in here and be ready to exit!