The AD Line is a cumulative measure of advances less declines within a given group of stocks. For example, the S&P Large-Growth ETF (IVW) has 335 stocks. If there were are 200 advances and 135 declines, then the difference would be +135 (335 – 200 = +135) and this would be added to the cumulative AD Line. The chart below shows the AD Line for the six different style ETF's. 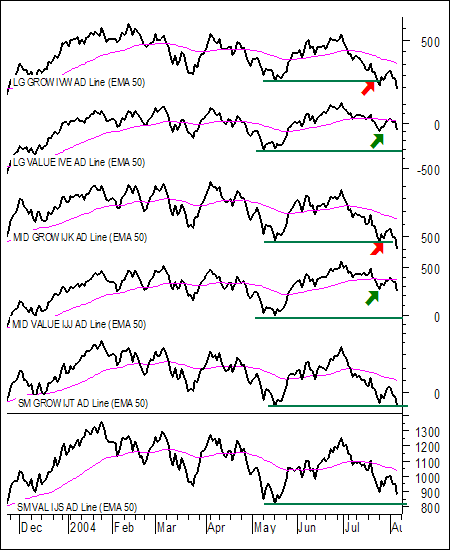