The decline in the Dow Industrials over the last few weeks looks like a bull flag. This downward sloping flag is a potentially bullish pattern that requires confirmation with an upside breakout. Notice that the Dow formed a similar falling flag in late February and early March. The breakout at 11100 in early March confirmed this flag and led to a new reaction high. For the current flag, a break above 11250 would confirm the pattern and signal a continuation higher. The upside target would be the upper channel trendline or to the 11500-11600 area. 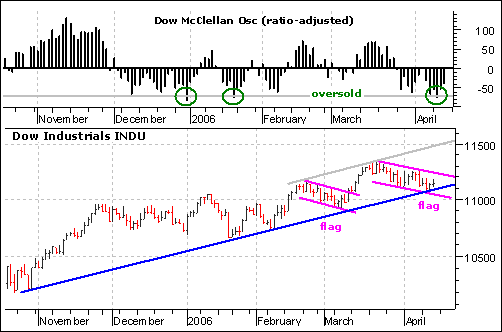