The U.S. Dollar Index ($USD) remains in a long-term downtrend, but the index is showing signs of strength with a consolidation breakout this week. After becoming oversold in March, the index firmed for 6-7 weeks and surged above its mid March highs this week. StochRSI moved below .20 in late February, firmed a few weeks and then broke above its mid point (.50). These breakouts opens the door to an oversold bounce that could extend to the 75-78 area. 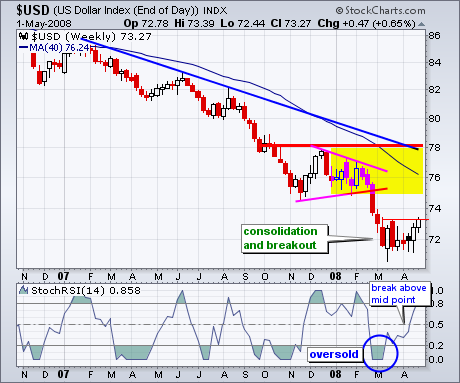