There have been two consistent themes that myself and Arthur Hill have been stressing in recent Market Messages. One has been that the rally from mid-March is a bear market rally. The other has been that the rally has probably ended. That dual reality was brought into sharper focus on Friday when a combination of intermarket forces sealed the fate of bullish hopes. A huge jump in the unemployment number, a big drop in the U.S. Dollar, and a record surge in oil prices sunk the stock market in a big way. Charts 1 and 2 show the Dow Industrials and the S&P 500 hitting two-month lows on heavy volume. That's after failing at their 200-day moving averages in mid-May. Rather than repeating ourselves, I refer you to last Monday's Message headlined: "It still looks like the bear market rally is ending -- Short-Term ROC lines have turned negative -- Long-Term ROC shows market still in bear market -- VIX jumps 10% -- Nasdaq fails at 200-day average for second time". All of those bearish factors are still in play. Chart 3 shows the Nasdaq ending the week back below its 200-day line after a brief pop over that major resistance line on Thursday. 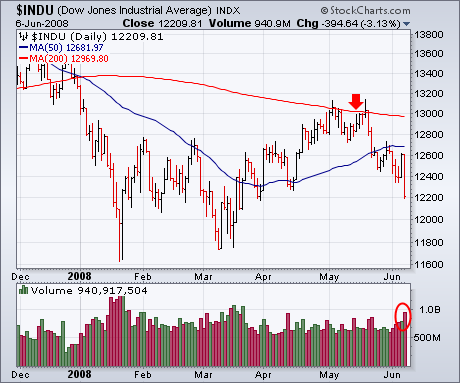 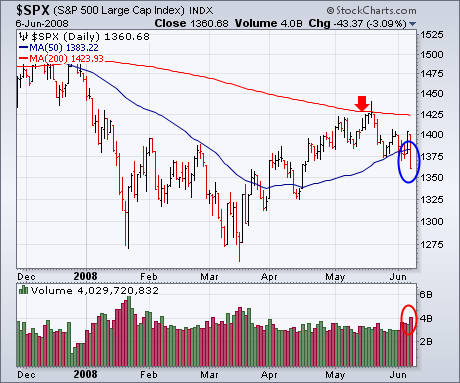 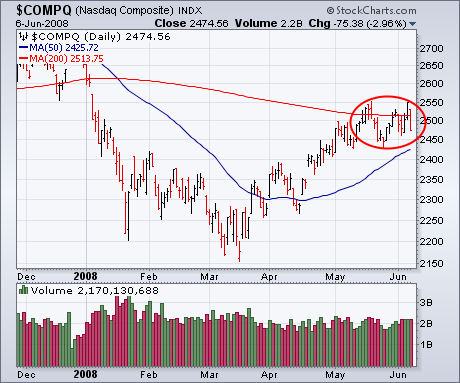