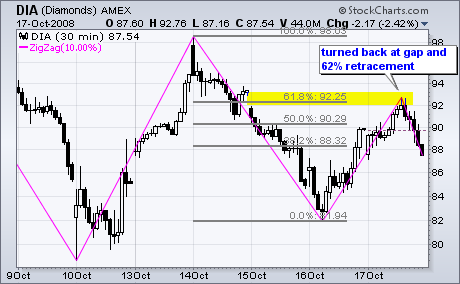 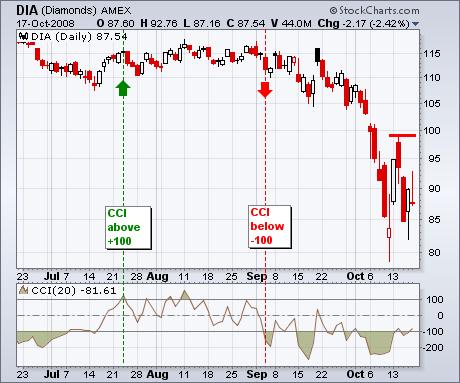 With these big swings, the Dow Industrials ETF (DIA) remains stuck in a volatile range and short of a breakout on the daily chart. I am watching two items to signal a trend changing breakout. First, the pullback on Tuesday-Wednesday established key resistance around 99. Mondays' surge was impressive and Thursday's recovery affirms support, but we have yet to see follow through and a resistance breakout. Second, the Commodity Channel Index (CCI) moved below -100 in early September and momentum remains bearish overall. At the very least, CCI needs to break into positive territory. However, I would like to see a surge above +100 to show some real strength and turn momentum bullish. Be sure to check out the corresponding video for more details.