Quite a few years ago I used to write a daily newsletter, but I decided to give it up because it got tiresome trying to invent new ways to say the same thing over and over. More important, having to form an opinion on the market every single day, especially during volatile times as we have been experiencing, can build a of stress. Also, since I am primarily focused on the intermediate-term and long-term time frames, it can be counter productive to put too much effort into short-term analysis.

This week was especially challenging due to the Fed's announcement, which caused big rallies in stocks, bonds, and commodities, and a big decline in the dollar. Also, a number of market and sector indexes switched to buy signals. (Standby for more whipsaw.) The question remains as to whether the Fed's announcement will have a lasting effect, or if it will prove to be another flash in the pan.

On our first chart we can see that prices moved slightly above important resistance levels, but they have not made a clear breakout. 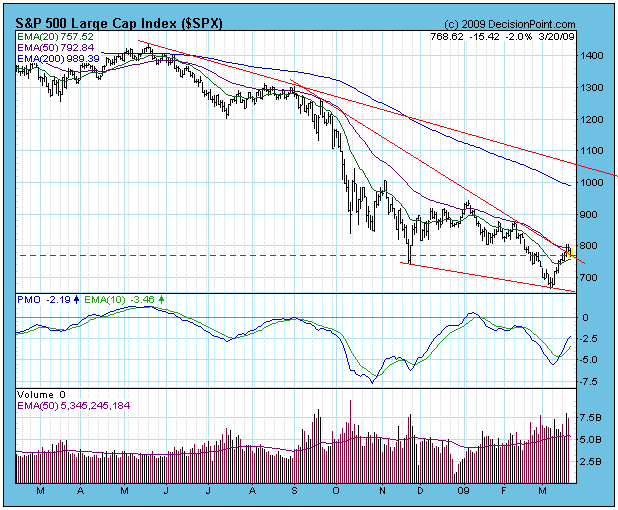 The next issue is that the market is short-term overbought. The Climactic Volume Indicator (CVI) is extremely overbought, as is the Short-Term Volume Oscillator (STVO), which hit its second highest level ever (the highest was in January). Since we are still in a bear market, chances are very high that the market has hit a short-term top, and that a short-term correction is under way. 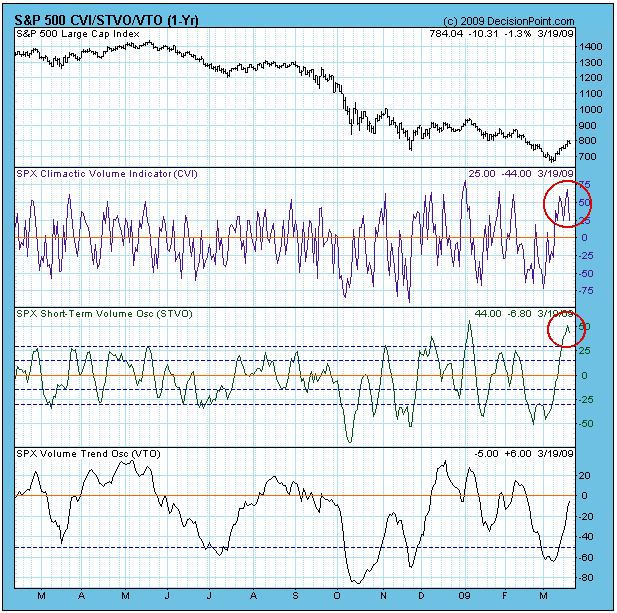 On an intermediate-term basis, internal conditions are neutral, as shown by our intermediate-term breadth and volume indicators. This allows for a short correction and the resumption of the up trend; however, bear market conditions demand that we consider that a more negative outcome is possible. 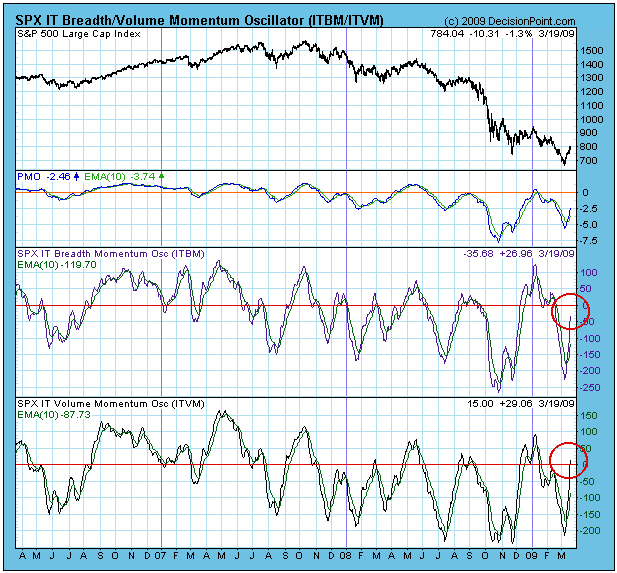 Bottom Line: The surge in prices this week has given bulls some encouragement, but my overall expectations remain bearish.