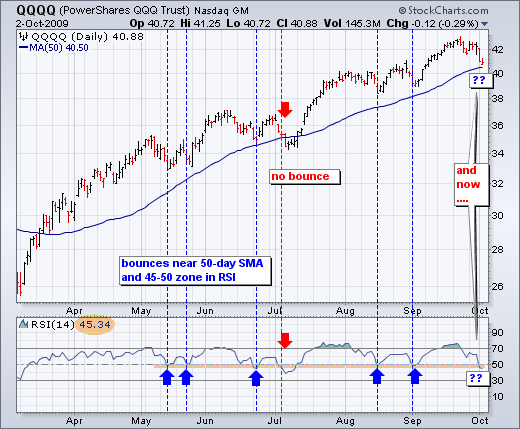 The bottom indicator window shows 14-day RSI. Notice the support zone around 45-50. RSI held this support zone in May, June, August and September. Again, the only breach of support occurred in July (red arrow). This also coincided with the breach of the 50-day moving average. With RSI again in this support zone, a momentum test is upon us. Failure to hold this zone would be negative for momentum and possible signal the start of an extended correction.